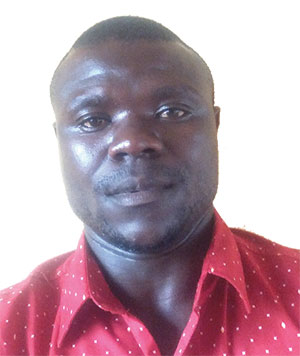 In 2012, government, through the ministry of Energy and Mineral Development, embarked on a process of compulsory land acquisition of 29 square kilometers for the construction of an oil refinery and other related infrastructure.

The refinery land covers 13 villages in Kabaale, Buseruka sub-county in Hoima. Consequently, the Energy ministry contracted Strategic Friends International (SFI), a local firm, to carry out a Resettlement Action Plan (RAP). Resettlement Action Plan is a process of valuation of property such as land and all developments thereon in order to determine compensation or resettlement.

I was among the 93 households that opted for resettlement. In 2014, government purchased a piece of land in Kyakaboga parish, Buseruka sub-county, where we would be resettled – the resettlement village.

I was excited about being resettled in Kyakaboga, since I would be able to tap into opportunities the oil and gas sector presents. However, little did I know that resettlement would cost me and other affected persons our livelihood!

To its credit, government started with consulting project-affected persons on how Kyakaboga – the resettlement village – should be planned. We asked government to construct houses in our respective pieces of land, and not in a ‘satellite city’ as government was proposing.

The rationale was for us to have space to continue with our usual activities such as rearing animals in addition to farming. To our dismay, government did not take our interests and concerns into consideration.

Before my land was acquired by government, I used to rear goats, pigs and poultry which supplemented my income from crop farming.

However, all this is not possible in the resettlement village. Government constructed for us homesteads in crammed 50×100ft plots in what officials termed a ‘satellite city’.

All our houses are packed together in an urban setup far away from our pieces of land where we are supposed to cultivate and rear animals from. This is absurd. This urban setting in the resettlement village has forced me to sell off my livestock due to lack of space.

Yet, livestock and poultry, although on a small scale, help us supplement our meager income from subsistence agriculture. As a result, the resettlement has cost me and other project-affected persons our livelihood.

Ironically, government has pledged to give each household one cow and two goats, under the Livelihoods Restoration Program.  So, are we going to rear these animals in ‘a camp’ that they call a ‘satellite city’?

This is likely to force project-affected persons to sell off the animals and thus become poorer. In my culture and indeed in many African cultures, the dead are buried near our homesteads. Are we going to bury our loved ones in a satellite city?

Government has promised to offer vocational training to our children. However, without any consultation, three vocational courses have already been selected as suitable for us; namely, tailoring, salon management and cosmetology.

It is important to note, the oil and gas industry requires professionals such as welders, carpenters, masons, drivers, electricians, plumbers, etc.

I also want our children to get jobs in the oil sector, but why confine us to only tailoring, salon management and cosmetology? These courses will automatically knock us out of the oil and gas industry.

In choosing resettlement, I thought it was the best way I could maintain my livelihood since the appetite to misuse cash is real. I witnessed some of the project-affected persons who received cash and bought boda bodas and oftentimes used beers to wash their motorcycles!

Therefore, I implore government to cultivate the culture of consulting project-affected persons and communities and usually consider and incorporate their views, interests and concerns into any decision that is made.

It is project-affected persons who are directly affected by any decision made without their involvement. As government and investors acquire more land for oil-related infrastructure, there is need to learn from the mistakes in the oil refinery land acquisition and work towards making the process better.

The author is chairperson, Oil Refinery Resettlement Committee, and a field officer with Global Rights Alert.