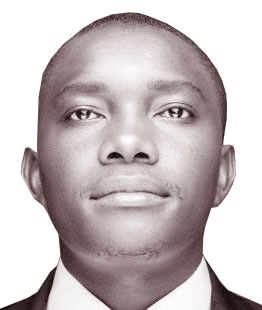 In the last few years, there have been 37 reported break-ins into offices of human rights organisations.

Human Rights Awareness and Promotion Forum (HRAPF) is one of the organisations that have been hit the hardest in this trend, with two attacks in less than two years.

On March 22, 2016, in the wee hours of the morning, unidentified thugs brutally murdered the night-duty guard, the late Emmanuel Arituha, entered the offices, ransacked the office of the executive director, and only took a television screen.

The police took fingerprint evidence, blood samples and other items used in the break-in and HRAPF provided them with CCTV footage.

After much pressure from HRAPF, the police only provided a preliminary report that simply classified this as an ordinary robbery by ordinary thieves who incidentally murdered the guard on duty. No one was identified and no one was ever arrested.

The second attack happened on the morning of February 9, 2018 and the attackers severely injured the two guards on night duty, with one of them getting a skull fracture. This was despite a thorough upgrade in the security systems of the organisations. In this latest attack, nothing was taken. The question that persists through all this, of course, is what motivates these attackers?

To try and get answers to this question, on Monday (February 12, 2018), staff of HRAPF and other civil society actors staged a sit-in demonstration at Old Kampala police division demanding for the report of the first break-in.

The division’s leadership met with the leaders of the organisation and it was agreed that, among other things, the police would follow up on the earlier file which had reportedly been called by Police headquarters and provide a report, and that the police would in the meantime be providing protection to HRAPF.

These were laudable steps and HRAPF appreciates the personal effort of the division police commander, ASP Grace Nyangoma, who later led a team from the division who addressed HRAPF staff and assured them of security. As a result of this, the sit-in was called off.

Human rights organisations in Uganda, despite the work that they do, feel largely unwanted and unprotected by the state.

The recently-passed NGO Act with its imposition of broad and undefined ‘special obligations’ on NGOs not to do anything prejudicial to the laws of Uganda, interests of Ugandans, or the security of Uganda clearly shows that the state only sees NGOs as threats rather than as partners. This may partly explain the apathy towards investigating cases of NGO break-ins.

There have hardly been any prosecutions or convictions for any of the incidents, even though some have resulted in murders. The police usually baselessly responds that the NGO staff are the ones behind the break-ins, and that brings this matter to and end. Do NGO staff have the right to murder and kill, or to rob from organisations which are themselves persons in law?

Whereas general insecurity seems to be on the rise in the country, organisations working on issues of civil and political rights as well sexual and gender minority rights seem to be taking more heat than other identifiable targets.

These are functions that will often expose them to risk from state actors, corporate entities and other non-state actors.

By continuously failing or refraining from offering civil society organisations the protection they need from the violent elements of society that are targeting them, whatever the motivation for the attack may be, the state implicitly condones this violence.

It is time for the government to step up and deal decisively with the attacks on human rights defenders because, for as long as the state continues to take the disinterested attitude it has taken to this problem to date, the message that is being received by all petty criminals, rogue elements within the state and other actors with an axe to grind is that CSOs are a vulnerable and low priority target.

As such, the attacks will continue to escalate no matter what measures the CSOs put in place to ensure their own security, more property will be lost, more lives will be forfeited and the government will continue to fail its citizens in that regard.

Decisive action will check the impunity and provide the bare minimum protection required of the state at international law in order to safeguard the rights, lives, dignity and integrity of human rights defenders in the country.

The author is the Executive Director, Human Rights Awareness and Promotion Forum (HRAPF)

-1 #1 WADADA rogers 2018-03-20 19:15
The activities of Most human rights defenders indirectly hurt government, they make so many reports that taint the imagine of Government
Report to administrator
0 #2 Akot 2018-03-20 19:19
{Human rights organisations in Uganda, despite the work that they do, feel largely unwanted and unprotected by the state.}

What work do they do?

How can they be 'Human rights organisations' when in a tribalisticaly ruled country, yet say NOTHING about as if this is normal?

Tribal leaders are used/payed off by the Uganda dictator, while these, besides keeping Ugandans tribally divided, don't evn know one another, leave alone sharing information about what goes on in what they call 'their tribelands (state?)!

Each tribe is a government, yet non has authority but there are human rights organisation in such a zone where people ignore one another, consider themselves enemies, but are under a common enemy dictator!

What will they do when museveni will finally own Uganda: still call themselves 'human rights bodies' in still a well ruled Uganda?
Report to administrator
0 #3 Akot 2018-03-20 19:35
{: what is the protection available to human rights organisations?}

Are Ugandans protected from the demon dictator?

Is human rights organisations' protection demanded from the very demon dictator that has reduced Ugandans to slavery under the watch of these very human rights bodies?

So, if museveni protects human rights organisations, it will be the best country for them to live in!

What about Ugandans tribalistically ruled with no chance to freedom-respect-chance...with museveni as chief tribal leader for ever?
Report to administrator
+1 #4 Akot 2018-03-20 19:49
[Decisive action will check the impunity and provide the bare minimum protection required of the state at international law in order to safeguard the rights, lives, dignity and integrity of human rights defenders in the country.]

This can only be possible with a government of & for the people & not +32 years still counting of 1 man rule, with no opposition allowed & in a tribalistically ruled country!

NGOs/Human rights organisations should be the first to know the problem is not about them, but Ugandans under absoloute inhuman dictatorship & that tribally divided Ugandans in no position to defend themselves!

Is Ugandans' oppression-enslavement...normal & NGOs/human rights just go along enjoying it, while crying they are not protected in museveni Uganda?

While govenment will safeguard the rights, lives, dignity and integrity of human rights defenders, who will do so for Ugandans?
Report to administrator
-1 #5 Julius Ssentamu 2018-03-21 16:46
Thank you the writer, if the issue of attacks especially to the human rights organisations is not worked on by the state, most of the margnalised groups that are supported by these organisations might be left helpless and the effect of this might be bigger than we expect!!!
Report to administrator
0 #6 Akot 2018-03-21 18:39
I will stick with Robert Atuhairwe as NGO-human rights have no solutions & flurish through sufferings of the oppressd under dictatorship-bad rule!

[Robert Atuhairwe
The NGO world is not dead but conspiratory and a front for an unseen but felt world gov't hence the moniker Non-Governmental Organisation-to bring down formal gov'ts by making them unpopular.

This is the crux of globalisation and Uganda is a test bed of the same.

NGOs are agents of globalist control forces. They engage in espionage and operate under shackles with very strong strings attached.

They market GMOs, homos, unworkable democracy, wrong policies and misplaced policies, hypocritical accountability practices, recycled literature and so on. That's why revolutionaries must kick them out of their backyards]
Report to administrator
0 #7 Akot 2018-03-21 18:46
I will join Rowaz & say NGOs, including UN are more destructive to the oppressed-those under evil rule; because of them, there are continued wars-confilitcs & migration is the order of the day, while dictators just go on!

[Rowaz
NGOs! Over the last 10 years, they have taken on the attire of public/state institutions.

Hunting for treasures for self actualisation but riding on the coffin of dead and sick men and women.

They are as corrupt as government officials and agencies.

I look at many so called NGO activists with disdain. Very few are in pursuit of real transformation. Very few are corrupt free (if any at all).]
Report to administrator
0 #8 Akot 2018-03-21 19:10
Developed countries talk of government & private companies that work to ensure developemnt-social services.

But developing contries talk of NGOs that are there only because of bad governance!

Today, no developed country needs UN nor NGOs, yet they are faced with unending migration that has turned their societies up side down!

Dictators-bad rulers are the cause of division, tension, wars, yet even UN seem to find this normal & goes for white washing instead of geting to the root cause of wars, migration...!

NGOs are in Uganda because of dictatorship-bad rule but Ugandans are not at armed war, so refugees-migrants go to Uganda because NGOs, UNHCR, EU give money for them!

What if EU states elect Nationalists leaders & say NO to migration?

Is Brexit not awakening call?
Report to administrator