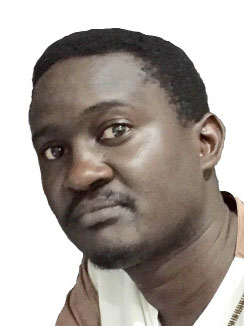 Some time ago, I wrote suggesting that, given our trying circumstances in Uganda, we need more alcohol and jokes to keep us going.

It is difficult to be both sober and happy at the same time about what happens in the national affairs of this little country, except if you are in government or a proxy beneficiary.

The other option, if one is to remain sober but happy, is to instruct their conscience to shut up and stop screaming incessantly. You know the conscience is a big-headed screamer, stubbornly shouting every time its owner contradicts its direction.

Some of our friends in government are lucky; there is nothing to disturb their sleep, because their consciences were conveniently eaten up by worms that were attracted by their full bellies. Their only nightmare is to fall out of privilege.

Looking at all ways in which they have successfully abused our kindness and patience while at the same time violently frowning at our expressions of pain, one has to understand our retreat into apathy. Yet even when they have thrown us down, they won’t stop biting!

Having failed to fill streets in protest, we fill bars in search for momentary happiness. At the moment, drinking responsibly means not spilling it.

Eleanor Early got it right that alcohol removes inhibitions – like that scared little mouse who got drunk and shook his whiskers and shouted: “Now bring on that damn cat!” Alas, the cat is drunk on its powers too; so, it won’t spare a mouse that is high on mere liquids.

In any case, it’s a terrible moment when you sober up and find the gloomy reality you were running from still seated in your lounge. So, humour and drama take the baton from alcohol in deceiving the mind. And Uganda has been very generous with us on this front. Just turn on your TV, radio, or check the newspaper headlines, there is instant drama!

News in Uganda is almost synonymous with drama. Most politicians perfectly fit within definitions of comedians, ventriloquists, clowns, or drama queens. What sometimes happens in our parliament, cabinet, and in courts of law can be precisely summarised under the title: ‘The gods must be crazy’.

Parliament took it a notch higher to ‘Haunted House’. And who needs Mr Bean when you have some MP from Arua dressed like a weaverbird and speaking all you missed in kindergarten?

When the president is going to address the nation, you look forward to the drama of him breaking his own record of repeating speeches. More hilariously dramatic because you can predict what won’t miss in speech, except in action. Of course the speech can’t be complete without mentioning Uganda’s national birthday (1986), to which all national statistics must pay referential tribute.

Then, as anticipated, the vainly aged statement arrives: “This time we shall have zero tolerance to corruption”. You burst out laughing in helpless amusement, and order for more popcorn.

That statement needs to be framed properly and hung somewhere in the National theatre. If it can’t find space there, then we can place it somewhere in a millet garden to scare off birds.

Before you can compose yourself from laughter’s effect, the next news item is about another commission of inquiry that has been set up. You know it is just but another well-dressed facade whose main value is to cool tempers and facilitate a process of letting the public forget.

If pages of reports written by commissions of inquiry set up since 1986 were each plucked out and spread, they could fill the road from Kampala to Masaka. And if progressive action taken following those reports was compiled into one report, I think it would fit in a mathematical set.

As a nation, therefore, I suggest that we organise a day to commemorate all this loss through commissions. Let all these reports be collected, packed in one huge coffin, and we accord them a state funeral at Kololo ceremonial grounds. On the tombstone, the epitaph should read: Here lies a heap of expensive waste, buried in the hope that it will germinate one day when the drought is over.

Then after the burial, we shall go back home and wait for the next drama session from police and the army. You remember those John Rambo films where you would imagine he was dead, only for him to emerge from behind the fires? Who misses them, when we can watch Sobi being dramatically arrested before he walks out of the police cells heroically!

The Kitatta and Boda Boda 2010 movie is only in season one. Don’t euphorically conclude yet. In Uganda today, one must learn to be cynical, lest you die of an overdose of anti-climaxes and miscarriages of hope. Simply hope for the bad, so that when it occurs, it finds you prepared.

When you are starting to think that they have run out of theatrics, on the 9 o’clock news this time they are arresting their own by cutting out his door as if the successor of Osama bin Laden had been sighted in the officer’s house.

They want us to be served with drama all the time. That is why they could not wait for him to report to their offices to effect the arrest. They would miss the opportunity for publicly showcasing their violence.

At this rate, theatres and cinemas in Uganda risk falling out of business. What they charge us for we can watch live free of charge in our neighbourhoods and on TV.

Oh, and I heard the president say last week that he will not tolerate sectarianism in Uganda. I picked an earbud and cleaned up my ears to be sure I heard him right. Goodness, he wasn’t even blinking! Drama; anytime, anywhere.

The author heads the Centre for African Studies at Uganda Martyrs University, Nkozi.

The president of Uganda likes to campaign about "sectarianism". But I have never heard him mention the word " Nepotism ".
Report to administrator
+5 #2 Kijambo 2018-02-07 16:09
In most cases Nepotism follows sectarianism.

One cannot claim to be 100% non sectarian yet participates nepotism.
Report to administrator
+1 #3 Akot 2018-02-07 19:02
[It is difficult to be both sober and happy at the same time about what happens in the national affairs of this little country, except if you are in government or a proxy beneficiary.]

A people allows government to go on or be thrown out, depending of service delivery!

It appears there is no problem with the +32 year old & still counting government in Uganda as it's the most peaceful country in today troubled world in which no people accept abuse by leaders!

Ugandans are at peace with status quo!

TV dramas are kept on as long as there is audiance/support!

Those in government & proxies benefiting can only be turned off by those watching-paying tax-waiting for their share...!

The dictator has not even said loud & clear he rules through a tribalistic system!

But of course museveni knows if tribal leaders stand down & Ugandans Unite, his evil government will be no more!

This is why only Unity of a people for common purposes, can bring sense to 'living' as humans in respect of another!

I don't understand how Ugandans still believe they are the danger to themselves & not museveni they are keeping in power at the cost of making their children landless?