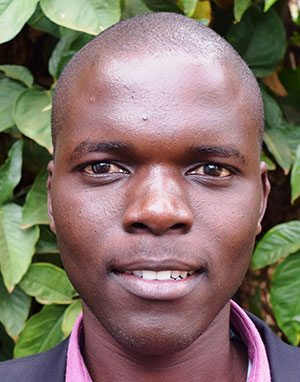 The author was economical with the truth about many aspects that I would like to help the readers appreciate.

Rwakakamba started his article by correctly pointing out the importance of education to any society’s development.

This is the reason we should strive to maintain it as a public good and preserve it from all forms of market forces, contrary to Rwakakamba’s assertion that the education sector should compete for resources with other sectors.

Education is the foundation on which other sectors of the economy such as infrastructure, health and agriculture are built. Its financing should not be considered as competition with other sectors but an obligation for which any reasonable state leader has no option.

Actually, resource allocation to the core social service sectors like education is a question of political will, not the size of the national resource envelope.

According to an article published in the Uganda Argus, October 9, 1962, the country’s education sector budget then constituted 27 per cent of the national budget as opposed to the current 8.5 per cent.

This inadequate funding forms the basis of Rwakakamba’s call for involvement of private actors. Indeed, for many years, non-state actors have played a critical role in the delivery of education as he pointed out.

Understandably, public-private partnerships (PPPs) in the education sector would not be a bad idea but the experience of implementing PPPs in Uganda has shown that they do not work. Most PPPs are for profit, which defeats the intent and purpose of education as a public good.

The for-profit motive in many cases compromises quality and affordability of education. This is what has informed the ongoing review of the PPP scheme in the implementation of the Universal Secondary Education program.

However, private players were targeting government resources and they are purely operating on government funds.

Another reason for the promotion of PPPs in the delivery of social services like education is the perception that private actors deliver quality services with less resources. This is not true.

Actually, PPPs are even more expensive especially those for profit. Many PPP schools are charging non-tuition fees like development, library and examinations fees despite receiving capitation grants from government.

Also, performance in most PPP schools is poor, especially when it comes to science subjects due to the low retention of science teachers, thus affecting the government program of promoting science subjects.

The charging of non-tuition fees and lack of adequate infrastructure in most of these schools has made basic quality education inaccessible to children from poor and vulnerable communities.

This is despite the USE policy guidelines and the memorandum of understanding signed between PPPs and government that emphasize accountability in all aspects.

Both financial and social accountability in PPPs is minimal. Financially, inadequate accountability for capitation grants has stood out as a big challenge.

And socially, most private schools engaged in the implementation of the USE program under the PPP arrangement have also fallen short of establishing the required social accountability mechanisms like having functional school boards of governors and parents and teachers associations to enable full participation of communities in their respective areas of operation.

If government is to engage private actors in the delivery of social services like education, it should work with private-not-for-profit schools. Many of these are doing better in the USE program compared to those operating for profit.

Notably, Bridge Schools Uganda, formerly Bridge International Academies (BIAs-Uganda), that Rwakakamba directs and are seeking partnership with government in the delivery of primary education are for profit.

There are also questions about the operation of Bridge schools in Uganda concerning compliance with basic requirement and minimum standards.

There has been a regulation battle between Bridge schools in Uganda and ministry of Education and Sports.

The quality of education for which they brag about is also questionable, the recent report by the UK Parliament committee on International Development revealed the poor quality of teaching in Ugandan Bridge schools.

Lastly, there is a lot of factors contributing to poor performance in our education sector, limited public investment being the major contributing factor.

This is manifested in form of inadequate inspection and monitoring of schools, poor teacher remuneration leading to demotivation and absenteeism, poor infrastructure and lack of feeding programs resulting in high dropout rates and low learning outcomes.

With all this, we cannot conclusively say that PPPs are the solution.

The author is a program officer, Initiative for Social and Economic Rights.