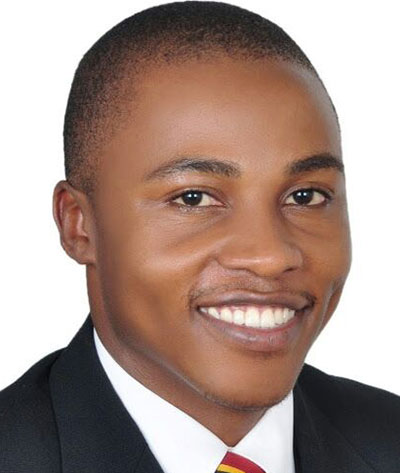 Kenya has finally opened the floodgates for polygamy by signing the marriage bill into law.

The law allows a man to have as many wives as he can without seeking approval from the other wife/wives. While signing the bill into law, President Uhuru Kenyatta remarked: "Marriage is the voluntary union of a man and a woman, whether in a monogamous or polygamous union".

This statement leaves lingering questions. How about if the first woman is uncomfortable with subsequent marriages? Would it still be voluntary for her or after the subsequent marriages, it becomes constructive compulsion to remain in a relationship she is not happy with?

A similar situation exists in Uganda with the provisions of the Customary Marriages (registration) Act Cap 251. The law allows men who marry customarily to be polygamous, but it does not allow women married customarily the same right to marry as many husbands as they can.

It is also silent on men seeking their first wives’ consent before involving them in multiple sexual relationships which come with several dangers including exposure to sexually transmitted diseases, hatred, and emotional and psychological harm.

This is discriminatory and unconstitutional. Discrimination, simply put, is the unjust or prejudicial treatment of different categories of people, especially on the grounds of race, age or sex.

If the law gives men the right and freedom to marry as many wives as they can, it should give the same freedom to women if we truly subscribe to the principle of equality of everyone before the law as enshrined in our Constitution.

We have continued to justify inequality and discrimination using a cultural defence: that it is African culture for men to be polygamous and that it is an abomination for women to do the same. When we advance such justifications, we are simply saying men are superior to women.

While we justify discrimination with this cultural defence, we should be mindful that article 2 of our Constitution provides that: “If any other law or any custom is inconsistent with any of the provisions of this Constitution, the Constitution shall prevail, and that other law or custom shall, to the extent of the inconsistency, be void”

If cultures and practices that give men advantage over women on such issues as property rights, political or other civil rights have been considered discriminatory and unconstitutional, why then not look at polygamous marriages the same way?

In most parts of the Western world, polygamous marriages are illegal. Even some African countries such as Benin, Ethiopia, Côte d'Ivoire, Eritriea, Seychelles and Tunisia no longer recognise polygamous marriages. The rest of Africa should pick a lesson.

If they cannot prohibit polygamy, at least there should be an opportunity for women to consent to such relationships or have the freedom to walk away if they feel uncomfortable being part of a polygamous marriage.

The truth is that polygamy is gender discrimination and is utterly inconsistent with the Constitution. Why it has persisted is because those who are dominant and have power to outlaw it are the sole beneficiaries.

Progressive civilisation requires that we deny and relinquish even the most entrenched of our cultures that are unfair and unjust in the modern world.

Our laws and institutions should reflect this progressive vision that guarantees equality, freedom and justice to all, not that which reflects the views of the dominant forces.

The author is a lawyer, social and political commentator.

It's societies that make the world & while polygamy is war, monogamy can be sustained because of children who need both parents!

Parents should rather go for decency for the sake of chidren & remain together until kids are old enough to take care of themselves or mothers don't remarry/don't go for other men until kids are on feet!

The notion of equality is dangerous because we are all different & have diverse desires-needs-intelligence!

Diversity is what makes the world interesting while blind thrist for "equality" has turned the world upside down!

The rich in Europe are enemies becaus governments blame them for pverty, yet, the more they are taxed, the more there are more poor & bills/food prices go up dayly!

The only happy in Europe are homosexuals who have rights to every thing, even respect they don't deserve because it's them who defy not only societies, but God too!

Do we still wonder why God got rid of 10 Commandments & replaced it with "Love"?

Would it be a mess/war if we respected one another's instead of forcing everybody to accept the unnatural & impose it on everyone?

Polygamy would not exist if women didn't want to share men, more so it's the young women who are second, third or mistresses!

Was it not Eve who enticed Adam to the forbedden & he couldn't resist?

Yet, defiance of God has lead the world to the confusion it is in today without any leader knowing how to solve any problem any where!

Ugandans forgot that so many children are left without parents when polygamy killed parents who contracted AIDS & redistributed it!

Well, has Europe not seen homosexuals going for female prostitutes/mistresses, while lesbians go for young boys & have money to pay them, yet pretend this is not going on?
Report to administrator
0 #14 Akot 2017-12-13 16:31
Lakwena, understood, yet,

Museveni will not stop unless stopped by Ugandans in Unity!

Is the demon's age bill-term limit not the only subject after he has been in power for 32 years & believes it's just his first 5 year term?

Ugandans must not go on taking museveni lightly because he is on the point of getting the country & does not care of what our people feel/think!

But the country does not belong to museveni, right?

So why not Unite & throw him out then we will restart getting at one another knowing non will steal the country & make any one landless?
Report to administrator
0 #15 Akot 2017-12-13 16:34
BIRUNGI DENIS,

Do you want your children to grow up in the Uganda you were brought up in?

Every young, parents, grand parents MUST wake up & now because while we discuss subjects like this one, musevnei is manipulating his way to own our country!
Report to administrator
0 #16 Nancy Albert 2017-12-17 02:40
Polygamy is a source of male violence and complete degradation of women to slaves.

Excess sons are the result of polygamy, and they become violent to rape and take women. Why do you think 70% of refugees streaming into Europe are young bachelors?

Old women are thrown back to their families, since they can't make babies. No shepherd would run his herd with the same unnatural system.
Report to administrator
12