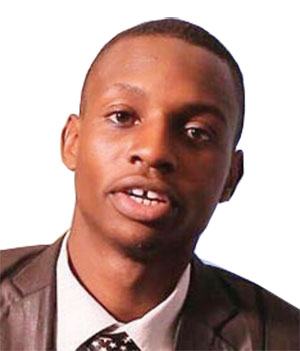 Desperate times, indeed, call for desperate measures. With the confusion in Harare continuing to unfold, Zimbabweans have been caught between a rock and a hard place.

Having had to put up with Robert Mugabe’s 37 years of authoritarian rule, there was a sigh of relief last week when the army ‘seemed’ to have taken over in what has been widely termed as a peaceful coup.

Just like the situation is in Uganda and many other African states, especially those that have had to deal with long-serving rulers, there has not been any grooming in Zimbabwe.

Power has been concentrated in one man’s hands for 37 years in Zimbabwe as has been the case in Uganda for the last 31 years.

These long-serving autocrats only focus on their grip on power and forget mentoring any good and fresh leaders who might succeed them when time to exit, especially under such circumstances, comes.

This has been the cry for many Ugandans to President Museveni and the NRM to mentor a leader who would succeed the old man. All these cries have fallen on deaf ears and Zanu-PF of Zimbabwe provides us with a perfect example.

Time comes when all disgruntled Africans want to see is change and they care less about who is coming in provided it’s the price they should pay to see a new face of leadership. This is really sad given that, in most cases, we end up with equally bad or worse leaders.

In Zimbabwe, it is shocking how masses have taken to streets, cheering Emersson Mnangagwa’s name as their desired new head of state. This is basically because he is the closest person to the presidency after Mugabe, and the Zimbabweans believe he’s the only one capable of shaking Mugabe to loosen the grip!

Mnangagwa has been known as the ‘Crocodile’ (Ngwena) owing to his ruthlessness that he employed to terrorise the country in 2008 after the first round of presidential elections in which Mugabe lost to Morgan Tsvangirai.

Getting rid of Mugabe and ushering in Mnangagwa is just as good as leaping from a red-hot frying pan, only to land in blazing flames.

He has been Mugabe’s iron hand since 1980 and has had numerous public political scandals since 2004 when he openly fought for the vice presidency.

His power struggles with the already-ousted First Lady, Grace Mugabe, have also not been a secret. This is a person who even, more than Mugabe (the commander in chief), is believed to have close ties with the army.

No wonder, thanks to the military, things are falling into place for the ‘crocodile’. The fear should then be: how ruthless will the crocodile be, backed by the presidency and the army?

This could mark the end of opposition politics, tolerance and, at worst, sanity in Zimbabwe. If it all goes as planned, there is surely no way the 75-year-old is going to just relinquish power after enjoying the seat for just months since elections are due in 2018.

At 93, Mugabe doesn’t have any malice left in him. He has done it all and if a world needs a selfless leader, that should be a man like him.

He is not ambitious anymore, the grip is to protect himself and his family from persecution for the things he did while still a crocodile himself.

So, bringing in a younger crocodile would mean a leader who is going to rewrite all Mugabe’s atrocities or even worse.

The same happened here in 1971 when Ugandans, for lack of a better alternative, welcomed Idi Amin with open hands. Little did they know that the crocodile had just emanated and it was later realised that Milton Obote had been somewhat human compared to his right-hand man.

If the transition goes on as planned, Zimbabweans are headed for the same and before you know, you could have a Mugabe II – that is if time allows!

As humans, we reach a point when we desire a change especially when things get so bad that you imagine they can not get worse. It is called optimism.

I realise that your argument is limited to cases where change has turned out to be for the worse as if a change for the better is always for the exception.

Put simply you are not objective or are ignorant- your knowledge is very limited.

Have you considered cases like the one of De Klerk who was part of the apartheid regime but helped to end apartheid in South Africa, or Gorbachev who was part of the Soviet Union repressive system but brought about the changes we see in the Soviet including the re-unification of Germany .
Report to administrator
+3 #2 Anthony Andama 2017-11-22 19:55
That's okay for Zimbabweans, the frying pan was slow & tortuous, cooking them slowly beyond endurance.

Jumping into the fire is preferable atleast one's demise is instantaneous. Zimbabweans have decided to take the second bad choice regardless, other than frying slowly for the next 37yrs.
Report to administrator
+4 #3 Lysol 2017-11-23 00:10
What is the main point of this article? Change is a part of life, for the best or the worst.

At least anybody else would do better than Mugabe or Museveni. Don't be afraid of change, for we cannot predict for sure what tomorrow brings.
Report to administrator
0 #4 Akot 2017-11-25 15:56
ejakait engoraton, thanks!

What a pitty, the writer is not even aware Mugabe is Zimbabwean who could not sell/own his country, while museveni came to own Uganda & make it a country of his own for his people!

Why don't Ugandans see to what extend museveni is going to make his position CLEAR?
Report to administrator
0 #5 Akot 2017-11-25 16:01
Anthony Andama, understood, yet,

As things seem to be, the fire in Zimbabwe appears to be cool & it's their country & they have started doing things the right way: Unity-call to calm-call for those outside to return home...!

Ugandans' fire is real because museveni want's the country for his own people & Ugandans won't have place in that Uganda!

And for Ugandans, things are not as that of Zimbabwe: Mugabe is at home while museveni wants to make Uganda his home & throw Ugandans out-make them landless-foreigners...!

So, who will be in the fire when museveni gets ownership of Uganda?

Zimbabweans are at home & not in fire & it's now up to them to build the country they want, together, just as they threw Mugabe out together, because it's the future of thier children at stake! Which Zimbabwean whould want his child to be born-grow up in their yesterday country?

Will Ugandans just watch as museveni gets their country & throw them into fire they won't be able to put out because the country won't belong to them any more?

Why are we so dumb-naive & live in a world apart, yet so blind-deaf at a time museveni is fighting so hard to own our country?
Report to administrator