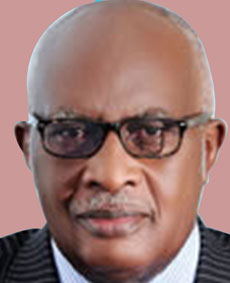 On October 8, 2017, exactly 55 years after Uganda attained its independence, parliament passed the National Biotechnology and Biosafety Bill into law.

It now awaits the president’s assent to start working. We are some 45 years into the internet age if Wikipedia information is anything to go by. In the past, we had the Stone Age, Iron Age, Bronze Age, steam age, machine age/industrial age, nuclear age, etc.

Terminology and classification may differ depending on the observer and his/her intensions. Be it as it may, the impact of information flows nowadays is mind-boggling and hence an event happening in one part of the world can easily lead to occurrences elsewhere on the globe almost instantaneously as events of 2008 world financial crisis demonstrated.

And this is the crux of this article. In the realm of philosophy, we have sophists whose dictionary definition is clever, ingenious but misleading intellectuals.

By virtue of the enormity of information available, it is difficult to cope with one’s tasks in one’s profession.

Lawyers of my age (I turned 70 years in June 2017) are acutely aware that until recently, there was no need for specialization on the bench but now we have several divisions dealing with land, crime, commercial affairs, domestic relations, etc.

If coping in one’s sphere is difficult enough, it is painfully evident that capacity to usefully evaluate information elsewhere is diminished.

One consequence of this development is that misleading the public is easy as readers will have noticed with technology for limiting harmful gases into the atmosphere in the car industry.

I would, therefore, like to show that science is not a magic wand for solving man’s food security concerns, but must be applied in accordance with Ubuntu (humaneness).

In some affluent societies such as America, genetically-modified organs have been liberally utilized and consumed. Europe is cautious and skeptical.

The consequences are evident; 30 per cent of the USA population is classified as obese or overweight, and obesity is a form of malnutrition, which vitiates one’s capacity to work.

This is the paradox; in poor countries, malnutrition is largely due to scarcity of food whereas in America, malnutrition is a result of eating too much wrong food. GMOs are partly to blame for obesity according to Wikipedia.

In 2015, European Union member states voted by majority to block cultivation of new GMOs within their borders while Russia put a ban on cultivation and imports of the same.

Every dealer in EU is required to label carefully GMOs and organic crops so that consumers can make a choice. The labeling, of course, does not lessen the complexity of the matter since an average consumer can still be bamboozled by esoteric science.

Of course Russia and Europe have eminent scientists and hence Ugandan scientists owe it to the public to explain why there’s skepticism in Europe and Asia and the Ugandan consumer is being called upon to swallow the biotechnology hook, line and sinker.

We know very well that due to our troubled history, young generations are less literate, and more vulnerable than senior generations, and an average consumer in Uganda is poorly prepared to scientifically evaluate the efficacy or dangers involved in GMOs.

There is a fallacious argument being pedaled to the effect that people opposed to GMOs have a phobia (baseless fear) since biotechnology has been practiced since time immemorial.

Of course our forefathers practiced it; for example, by crossing animals for desired characteristics. The clearest example I can think of right now is the Ankole cow which is the end product of crossings of so many earlier breeds. I grow clonal coffee in my farm.

The area agricultural officers educated me to appreciate that clonal coffee is improved Robusta, for heavy beans and resistance against wilt.

Incidentally, when my shamba showed signs of coffee wilt, I applied organic treatment on advice from people who care so much about the
environment and organic farming; so far so good.

All scientists who are so passionately in favour of GMOs must be aware that biotechnology has two dimensions. If genes are crossed within the same species, there may be no harm; the problem which poses possible calamity is transferring, for example, genes (hereditary factors /from animals to plants, or worse still genes from bacteria to plants for food, or virus material to plants.

Where this happens, no scientist, whether genius or ordinary mortal, can tell what will happen to the resultant organisms in the future. As lawyers put it, this would be voluntary assumption of risk and if you are hurt, you are not supposed to complain.

Some experiments with GMOs in pigs and mice show malformations in the resultant organisms. Social-economic consequences are dire! GMOs are developed by large corporations and not ordinary farmers such as the peasants of Uganda. The corporations are free to patent GMO seeds so that you cannot grow them unless the patent holder allows you to do so.

Since the advent of civilization, peasants have had capacity to plant their own seeds. With the advent of GMO farming, the peasants who constitute 70 per cent of the population have their fate sealed; they may fall into the debt trap, fail to service bank loans and will be in danger of losing their cherished land holdings to financial institutions – and this may entail food insecurity for everyone.

I am an enthusiast of Africology (Africa-centered studies). I can state unabashedly, without fear or favour, that the invaders who recently conquered Africa starting with enslavement, then colonization and neocolonialism targeted the elite – chiefs, doctors, teachers, even kings, engineers,
etc.

When these were eliminated or incapacitated, the masses became easy prey to marauders who were able to ride roughshod all over the continent since the masses were leaderless and unable to resist. God forbid that anyone should be targeting our scientists to make us vulnerable for easy domination.

With GMOs, there is no Ubuntu.

The author is a retired judge.

Without our Unity, museveni is going no where!

This destructive method has already been proven & rejected overwhelmingly in Europe!

French politicians went with swads in scientific experimantal fields & cut them down, while nearby fields inffected with this experiment couldn't sell their products any where in Europe!

There is no where in Europe these lunatic scientists, who are like dictators-bad rulers, can experiment, so they go to place where there is no real governance, to destroy!

Homosexuals pay others to have babies for them, right?

Who will pay for seeds for Uganda from Europe so that Ugandans replant?
Report to administrator
0 #13 Akot 2017-11-17 19:49
Andrew Kiggundu, understood, but,

Today, Europeans are not buying these pruducts from America any more, except those proved organic/Bio!

This is why organic-Bio shops are opening dayly in Europe & the market is growing so so fast!

I still have to go to yet another Bio shop that just opened a week ago, if only to see the difference in pricing with the others already opened!
Report to administrator
12