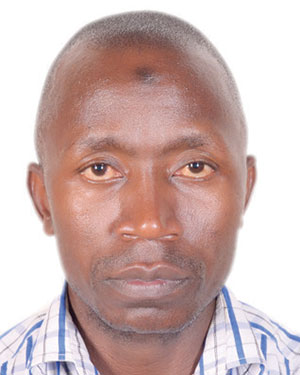 Muslims in Uganda, like elsewhere in the world, are treated like aliens even by their own government and state institutions that are mandated to serve everyone with dignity irrespective of their faith and race.

The torture and rearrest of murder suspects is not new as far as state treatment of Muslims in Uganda is concerned. It’s not surprising that all murder suspects in the case of slain Andrew Felix Kaweesi are Muslims despite the current contradiction from the Chieftaincy of Military Intelligence arrests of some police officers also linked to the same murder.

These suspects were tortured and many have physically become handicapped as a result. Although court awarded compensation, the people responsible for these claims will probably never be brought to book just because the victims were Muslims.

I have witnessed some of the arrests and I wonder whether those being arrested have any rights at all. Imagine the case of children and their mothers being kept in custody just because their parents were suspects yet Joseph Kony’s mother was happily being accommodated by the state that Kony was fighting.

Jamil Mukulu was arrested but any lawyer would have to think twice to represent him in court or else they would be linked to Allied Democratic Forces, more so if the lawyer is a Muslim, yet other rebel leaders are legally represented in courts of law.

This is not the first and probably not the last time Muslims are being unfairly and unjustly treated in this country. We are told of the slaughter of Muslims in Nyamitanga, Mbarara, after the fall of Idi Amin’s regime.

The victims have never gotten justice and recently, for purely political reasons, financial compensation, and not justice, was promised.

Surely, are Muslims not citizens in their own country so as to deserve justice and accountability? Does financial compensation answer all the questions raised after the murder  of Muslims and looting of their property?

In my home area of Lwengo, many families lost loved ones in the 1990s after being linked to the Allied Democratic Forces (ADF). Many of these youths that were arrested have never been seen again by their families and it’s hard to know if they are dead or alive.

Like in other cases, the government and state institutions don’t mind since the victims were Muslims. Who will account for these youths?

The wrangles and disagreements among Muslims are state-fuelled; otherwise, what can explain the failure by two commissions instituted by government.

The government only sets up these commissions to deceive the Muslim community that they care only to turn around to support one faction against the other.

I don’t think rivalry and misunderstandings are only unique to Muslims and Islam. Why is it so hard for people who have the same beliefs to live in peace yet their faith stands for peace and coexistence? The answer is simple: the state fears and is uncomfortable dealing with a united community.

The murder of Muslim clerics remains a mystery. Nobody has ever been convicted for these crimes but state institutions are using them to further divide and segment the Muslim community.

Each sect is told that the killers belong to the rival group and each Muslim is a murder suspect only because they are Muslims or if they have an overgrown beard.

No rebel group has killed, raped and brought mass suffering to Ugandans like Kony’s  Lord’s Resistance Army but I have not heard Catholics in Uganda being labeled rebels or terrorists because Kony is Catholic.

Why then call or label random Muslims as ADF rebels or terrorists? At this rate, every Muslim or Muslim activity, even a school project, is viewed as potential activity of terror.

Muslims are underrepresented in any government body; and this is not an accident but a design by the state apparatus to keep Muslims backward.

The author is a lecturer at International University of East Africa.

Everything is within the hands of the Muslim community to unite and weed out bad elements from within. One should be able to differentiate Muslims from bad xters just by observing. Right now many are not sure who is Muslim and who isn't. Within the community are spies and others using it as cover, bringing problems to everyone. And people fear to comment on Muslim issues. I don't know why?
Report to administrator
+1 #2 Lakwena 2017-11-16 11:04
In other words Lukwago, that is what demonization is all about: When sinners turn saints into demons, by demonizing them.

This regime which has committed all the prohibited crimes in the law books, has perfected the art of demonization. E.g. when it was in the bushes of Luweero, the Master of Violence who committed all manners of crimes, against humanity including terrorism, used it to deminize Obote.

The current frequency of arresting Muslims and maliciously charging them with capital offenses, is not only demonizing but bewildering and hence a form of terrorism.

On 7th Nov, with nobody to come to their aid, I was terrified to see and hear the terror in the eyes and voices of the 4 Kaweesi murder suspects, who were grabbed like wild animals in the middle of the road and nowhere.

This message goes to who? Isn't it better to pray?

Everything is within the hands of the Muslim community to unite and weed out bad elements from within.

One should be able to differentiate Muslims from bad xters just by observing. Right now many are not sure who is Muslim and who isn't.

Within the community are spies and others using it as cover, bringing problems to everyone. And people fear to comment on Muslim issues. I don't know why?

To whom it may concerned? !!! It is obviouslly a letter to all Ugandans, the regime included, if they too are Ugandans.

I agree that there is something dubius about how some of us (non-moslim) Ugandans view and treat Moslims in Uganda. We are disguasting in that way,in deed.

Sir, fellow Ugandans who are Moslims have my sincerere empathy.
Report to administrator
+1 #5 Johnny 2017-11-16 23:35
I am just wondering what the definition of "terrorism" is, as implied in this artical.
Report to administrator
0 #6 Akot 2017-11-19 18:20
This takes us back to Amin, migrant from Sudan, who wanted Uganda to be a muslim country just because he had guns pointed at us!

Frence is in such fear of muslims & this year, Paris has no Christmas Exposition Stands!

Why do muslims turn every thing in to their religion & want every body to accept?

True, islam is not just religion, but culture-education-family-society a part, yet, does this give right to threaten freedom of nonmuslims to just live/breath/go to concerts & not come back in coffins?

Muslims have turned even developed countries in to hell!

Is terrorist museveni not enough for Ugandans?

Muslims take advantage of bad rule-dictatorship to take control of countries, as Amin did!

Museveni knows islamists take advantage of dictatorship, to take control of countries & he is afraid it will happen to him & he will lose hope of owning Uganda!

Don't we see in Arab-muslim countries, islamists are always on the wait for any weakness-chaos-dictatorship...to try to have a base/country of their own?

Uganda is now in danger not only from museveni, but islamists too!

Museveni is not stupid, but Ugandans are & they will be the victims as always, taken by surprise!
Report to administrator
0 #8 Akot 2017-11-19 18:38
Robert Atuhairwe, understood, yet,

Have you not seen the state of emergency/fear/terror threats... French "Charlie Hebdo" is in by going against a muslim elite accused of sexual abuse by a woman?

But USA-Europe are treating sexual abuse as crime abusers arrested, yet, will France dare arrest the muslim elite who is accused of sexual abuse?

Museveni knows muslims want to come back to power in Uganda, especially today when Ugandans are divided & powerless easy pray to any abuse!
Report to administrator