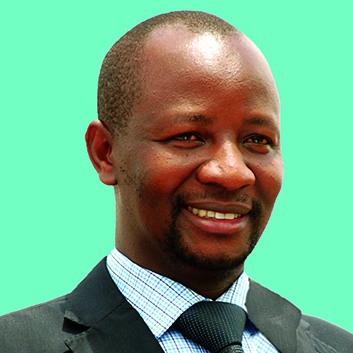 The invasion may have happened seven days ago, but because of what I went through, it is like it happened yesterday. Gen Moses Ali had warned me that by wearing a red hat and a ribbon, those of us opposed to the life presidency project had made our arrest easier.

Gen Ali told me that when former President Milton Obote sent his forces to arrest errant ministers, they took more people than were ordered.

Because of my position (chief opposition whip), I sit on the front bench in parliament on the left-hand side of the speaker. Moses Ali, being a second deputy prime minister, sits on the opposite side facing me.

We routinely chat before beginning of parliamentary sittings as we did on Tuesday September, 26, a day before the invasion. Neither Gen Ali nor I predicted that the invasion would be as brutal as it played out before cameras.

Rebecca Kadaga, the speaker of parliament, read out 25 names of MPs she accused of disrupting the previous day’s proceedings and suspended them.

This was no ordinary suspension because right behind her seat, a group of tens of SFC soldiers were waiting to execute Kadaga’s order. The order was that all those whose names had been read should be ejected from parliament. She suspended parliament for 30 minutes to allow SFC storm the chambers where we sit.

Although my name was not read, I was the first victim. Parliamentary policemen grabbed me by my protesting hands and dragged me to the room behind Kadaga’s seat.

Here they just threw me on the ground. I am lucky I didn’t fall on my face. Then SFC took over. Kamata is the word I heard their commander shout. I will be lying if I told you that I saw the faces of those that grabbed me from the ground.

One of these men folded his hand around my neck. His colleague pulled the hand as if it was a rope. They then started kicking me as they dragged me out of this room. They dragged me out using the back doors the public uses to access parliament.

Near the security check, I saw the officer in charge of the parliamentary police nearly in tears pleading with Museveni guards not to strangle me. My neck had been squeezed and I couldn’t utter even a word.

They adjusted the strangling and I was able to plead with Mwesigwa, who commands Kampala Metropolitan Police. He was the one in charge of the operation outside the parliamentary chambers.

Janet Kataaha Museveni’s chief bodyguard, a woman I think called Charlotte, was the one commanding the SFC team inside parliament. I think she was using her knowledge of parliamentary geography she acquired while escorting Kataaha there the time she was an MP for Ruhaama.

Mwesigwa told the SFC goons that were strangling me to pull me by the trousers, not the neck. Mwesigwa had sealed off the roads around National theatre where he parked all kinds of police vehicles. They dragged me and threw me in the mpawo atalikaaba van, one we have nicknamed Besigye prison.

It was the other people’s turn. Denis Lee Oguzu, MP for Maracha in West Nile, shortly followed me. Like me, his name also had not been read but his crime was to wear a red cap.

He was dragged the whole stretch of the access walkway and thrown into the van. Muhumuza, the man who made his name by trailing and commanding Besigye’s arrests, is the one who received us. He described Oguzu Lee as a very powerful man. Dragging him was real work!

Next to be brought was Kampala Central MP Muhammad Nsereko. There was already a swelling on his head. He told me they had hit him with an iron bar-like metal. He pleaded with Muhumuza to find him ice or cold water in vain.

They then brought Aruu South MP Samuel Odonga Otto who was followed by Gerald Karuhanga, the MP for Ntungamo municipality. Karuhanga was in bad shape and could not breathe.

Muhumuza turned into a savior, ordering him to breathe in and out, which worked!

Lwemiyaga MP Theodore Ssekikubo was brought in and thrown into our van. Then those short men brought in Mityana municipality MP Francis Zaake.

He was already unconscious. They threw him in and he immediately started kicking, like someone gasping for air or breathing his last.

We momentarily forgot the Muhumuza order of not conversing in his vehicle and made an alarm. That Muhumuza fellow simply folded Zaake’s legs and ordered the driver to ignite the engine.

Mwesigwa overruled him and ordered that Zaake be removed from our van. He was carried in the hands of a single operative and driven away in a double-cabin truck.

Ssekikubo was removed from our van because of congestion and taken into another pickup truck. Off we went. Our destination was Naggalama police station. I will start from there next week and discuss the repercussions of this raid.

The author is Kira Municipality MP and spokesperson of the Forum for Democratic Change.

People like the Kabaka, now is the time to show leadership. We have loved, been loyal to the Kabaka, Kyabazinga, Omukama and many others, it is their turn now to reciprocate the love by guiding their respective subjects audibly.

In a sinking boat there are no winners!

People like the Kabaka, now is the time to show leadership. We have loved, been loyal to the Kabaka, Kyabazinga, Omukama and many others, it is their turn now to reciprocate the love by guiding their respective subjects audibly.

Museveni is like a snake in a pot! You won't cook in the pot anyway! BREAK IT Ugandans.

By now these tribal leaders should know they too, like divided opposition, are helping museveni own the zone & the moment this is done, they will be the first the demon will get rid of, as a 'thank your very very much'!
Report to administrator
123