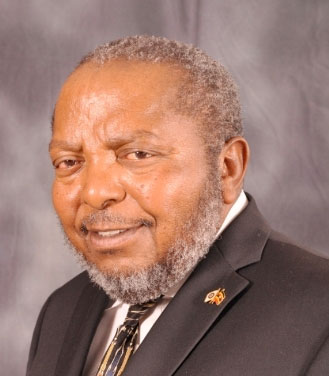 The failure and subsequent resolution of Crane bank has continued to dominate news headlines.

Unfortunately, much of the commentary on this issue, in the mainstream media, and especially on social media, betrays a profound misunderstanding of how bank supervision works and what can realistically be achieved by a bank regulator.

Therefore, I would like to set out our perspective, as a bank regulator, on some of the issues, which are most contentious.

The first issue I want to address is that of fraud in banks. Fraud involves committing and concealing of malfeasance from the relevant authorities. In the normal course of events, bank supervision depends on the cooperation of the management of the supervised bank.

The regulator must trust the integrity of the management team at a supervised financial institution to provide accurate data to the regulator, unless the regulator has evidence for suspecting that vital information about the institution has been falsified or concealed.

When frauds are committed, they are usually done in a manner which cannot be detected either in the normal course of bank supervision or the external audit procedure. That unavoidably means that, in some cases, frauds are carried out undetected over a period of time.

Undoubtedly, bank regulators could enhance their ability to detect fraud sooner if bank supervision were much more intrusive; for example, by undertaking forensic audits on a routine basis, even when there is no suspicion of fraud.

But that would be extremely costly as well as an infringement on the rights of the majority of bankers who are honest and do not commit fraud.

The problems in Crane bank were first detected by the Bank of Uganda through an on-site inspection in May 2015. That inspection, and an audit report at the end of 2015, revealed that the extent of its bad loans was worse than had been reported by the bank.

Through its on-site inspections, BOU also began to detect suspicious transactions, related to ownership of buildings in which bank branches were situated. BOU then followed the procedures of graded regulatory interventions calibrated to the scale of bank distress, which are set out in the Financial Institutions Act of 2004 as amended.

These regulatory interventions are intended to give a distressed bank’s owners and managers the opportunity to rectify the bank’s problems while at the same time curbing risky activities, which might cause further losses and put deposits in jeopardy.

Given the scale of the losses, to the extent that they were known at that time, it was necessary to call for Crane bank to be recapitalised.

When the owners failed to provide sufficient capital to restore Crane bank to solvency, BOU was left with no alternative but to take over the bank and place it under statutory management.

Had we not done so, the losses would have continued to mount and this would have further eroded depositors’ funds. Only after Crane bank had been taken into statutory management did it become possible to uncover the full scale of the alleged fraud in Crane bank, through a forensic audit.

With that in mind, I strongly reject the claim made in some quarters that BOU was too hasty in taking over Crane bank and failed to give its owners sufficient time or help to rescue the bank by lending it money. The owners had more than a year to rectify the distress in the bank but failed to do so.

I also want to highlight what I believe has been the successes of the Crane bank intervention and resolution from the regulatory standpoint.

In mid-2016, Crane bank held nine percent of the deposits in the banking market. Therefore, a disorderly failure of Crane bank could have had very damaging consequences for the banking industry, through contagion and loss of customer confidence. This was avoided.

By taking Crane bank into statutory management and assuring depositors that their money was safe, BOU ensured that there was no contagion and no runs on Crane bank or any other bank.

The primary statutory responsibility of BOU as bank regulator is to protect the stability of the banking system and safeguard the interests of bank depositors. In this regard, I believe that our intervention and resolution of Crane bank has been a success.

No one in the BOU believes that its supervision is perfect and cannot be improved. We will learn from the failure of Crane bank and strengthen our capacities and procedures for supervising banks. If mistakes were made, we will acknowledge this and ensure that they are not repeated in future.

Finally, I strongly reject the allegations that my staff committed collusion or criminal offenses in the supervision of Crane bank, which have been made in some quarters without a shred of evidence to support them.

Extracted from a speech by Prof Mutebile, governor Bank of Uganda, at a dinner by United Bank for Africa on August 10.

My problem is that given the fact that Sudhir committed fraud, which is both civil and criminal an offence why is he still outside prison cell!

Remember this man was once imprisoned in Luzira for a year over financial impropriety again,so his financial indiscipline is known and evidenced.
Report to administrator
0 #2 Didaz 2017-08-14 13:28
This is scandalous Mr Mutebile.

It must not have happened and it shouldn'tt happen again.
Report to administrator
+2 #3 Stewart 2017-08-14 14:26
As you write that, the bank is no more, several people have been rendered jobless, a number of land titles confiscated, next time you should use that knowledge to correct matters before a bank get closed, what you have done here is a attempt at postmortem,