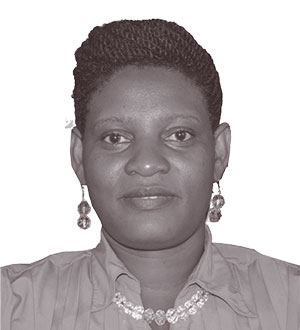 On May 28, 2017, death robbed us of one of Uganda’s prominent educationists in Professor Lawrence Mukiibi, the proprietor of the chain of St Lawrence schools.

Mukiibi should be recognized for his relentless contribution towards privatization of the education sector in Uganda, and his humble rise to success is quite unrivaled.

However, while bidding farewell to the fallen Mukiibi, there emanated allegations of the countless number of children he left behind. Mukiibi was at liberty to sire any number of children as he wished. However, the point of contention is that there are several allegations leveled against him of having used his position to engage in sexual affairs with his own female students.

It is not only decadent for a person with the status of the late professor to engage students, whether unsuspecting or not, into sexual exploitation but it is also detrimental to his long-term legacy.

An online newspaper, The Watchdog, reported that many people were shocked by Professor Mukiibi’s act of fathering more than 50 children whereby most of them were as a result of ‘preying’ on some of his students.

It further alleges that during his burial ceremony, over 20 young pregnant girls (probably old girls of St Lawrence Schools) were shut out of the ceremony due to the embarrassment to the Mukiibi family.

I am cognizant that these are media reports and he is not here to verify them; however, going by the various reports, including the children who were paraded at his burial, prima facie, these allegations are believable.

Needless to say, it is a total shame that the public is loudly silent about condemning the late Mukiibi’s immoral acts. It was unfortunate for religious leaders to shield the late Mukiibi since his acts strongly conflicted with Catholic values that need to be jealously respected by any practicing Catholic.

The Observer reported on June 5, 2017 that the few religious leaders contacted to comment on the late Mukiibi’s bizarre behavior shied away from condemning the acts, especially his multiple unreligious sexual affairs. One argued that people should not judge the Church for not taking a firm position against the late Mukiibi.

However, in my opinion, the Church needed to rise up against such moral decadence. Religious leaders are the mirrors of society; perhaps that is why their guidance and counsel sets benchmarks for morality. Since they are highly-respected people in society, they must live up to the task of preaching about the ‘bad’ and ‘good’ so that people can have a true reflection of a positive life.

As concerned citizens and parents (with school-going children), what we must learn from such anecdotes is that protection of our children while at school goes beyond entrusting them with school administrators or teachers.

We should often interact with them to find out whether such administrators don’t make improper sexual advances that may later culminate into loss of confidence and concentration in class, psychological torture, early-child or unwanted pregnancies and sexually-transmitted diseases (STDs).

The ministry of education should put in place stringent policies in schools to monitor and protect students from selfish interests of school administrators or teachers.

There are many female students that are victimized through sexual exploitation by school administrators or teachers but since it happens in the dark, it remains there. Most times the perpetrators are powerful and, therefore, the victims are at a disadvantage of raising the red flag for fear of loss of employment or having their voices suffocated.

We need to empower our children, especially the girl-child, to bravely come out and report all forms of sexual attempts caused on them by errant school administrators or teachers. Parents need to also report to police cases of sexual advances by the same people.

If we don’t break the silence about the vice, it will continue manifesting in schools, and our children will end up being victimized by malicious and morally-bankrupt school administrators or teachers. This may even escalate after they leave school and join employment circles where many women applicants have to first pass the ‘carpet interview’ to get a job.

However, this doesn’t suggest that all teachers engage in such conduct with their students. There are those who are strongly against it, and need our support.

The author is the executive director of Legal Aid Service Providers Network (LASPNET).

Most sadly some of Mukiibi's children could be children of rape.

The young wives may be bringing up children they did not want.The damage would be to both children their mothers, relatives and Country.

The Nation can not look on to let such monstrous abuse happen again.

Let's not forget the current government is not that of the people & unless Ugandans Unite, like the rest of the world do to bring change, there is no way things will change!

Ugandans MUST become actors & not commentators-on lookers... of events that concern them & they alone can say NO to!

The rest of the world, even UN will remain silent as long as Ugandans go along in peace with this inhumanity going on & this makes Ugandans complices of museveni is promoting-allowing... rule of "survival of the fittest"!
Report to administrator
0 #13 Akot 2017-06-11 17:06
Henry Asiimwe, thanks!

If Mukiibi was still alive, he would be going on living in peace with the mothers of his children going to him for money as & when they need to!

Why did Ugandans start complaining the moment they saw these young mothers at his funeral?

They came to pay respect while worried of how they & their kids will live without him, the provider, right?

Thes young mothers didn't come to ask Ugandans to condemn the father of their babies, right?

Uganda polygamists living abroad with kids go back to Uganda to impregnate their other young wives as & when they feel it' time to!
Report to administrator
0 #14 Akot 2017-06-11 17:20
Amos mbaziira, thanks!

We know all second-third... wives are very very young & no one can stop them going for the married men while these men are flattered!

First older wives who don't accept sharing their men always end up alone abandoned by relatives-villages who blame them for being intolerant!

We also know married men with income have trouble keeping young girls away from them, right?

In, fact, I always believed polygamy in Uganda is because women want it so otherwise, why go for a married man knowing they won't quit the first just like that?

Let's not forget that Ugandans prefered being locked out by developed world instead of accepting homosexuality!

We are more realistic with homosexuality that is direct open defiance of God!

While the Old Testament tolerated polygamy, the New one does not because polygamy is war!
Report to administrator
0 #15 Akot 2017-06-11 17:35
Bisoboza, thanks!

We should also remember these young mothers came to pay respect while accepting loss of the man who fathered their babies!

If Mukiibi raped them, they would never have come devastated crying with the babies in hands-along side...!

Until these young mothers come out with their stories, we do not have the right to make their stories-make life hell for these children who are innocent!

Uganda is a polygamy country, not & homosexual one, so let's give these innocent babies some decency in our polygamy country where they are going to grow up-educated...knowing if their father was not dead, this matter would be normal in our society!

What do wa say about Ugandans living with families abroad, yet go back to impregnate young girls & have second families in peace? Both sides are very proud of this!
Report to administrator
0 #16 Akot 2017-06-11 17:56
Lakwena, agreed, yet,

Mukiibi lived just like any Ugandan, in culture tolerated-accepted by our people!

Unless Ugandans bring change & put in place National Education right from Secondary..., we will continue fighting one another on issues like this, forgetting we are fighting our own cultures without having alternative!

Without National Education for ALL, there is no way any one can dictate any thing to any young girl, esp. not the man she wants to have baby with!

National Education gives chance for all to build a future & having babies comes after your education is over!

In developed countries girls who don't have capacity to go further in Education have babies early: it's the only way they can get social housing-healthcare-allowances...& Education for their chidlren is Free?
Report to administrator
0 #17 Akot 2017-06-11 18:03
Akao, understood!

The only ones who can accuse Mukiibi are the young mothers, who seem lost-devastated... with his death!

Who is going to help them now that the father of their babies is dead & all we do is condemn the dead, while forgetting how these babies will be raised, in what society/condition?

These babies will know how we behaved-misbehaved at death of their father, right?

Why should we condemn a dead man because of mere allegations?

Who are those making these allegations and what evidence have they gathered to warrant making such judgement?

Bishoboza, Please leave the question of evidence to the Courts of Law.

We are talking about Child abuse. There must be an investigation.
Report to administrator
12