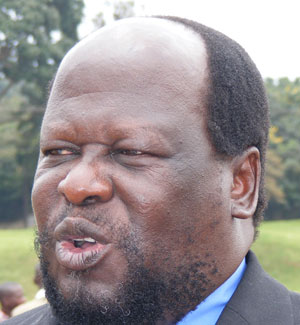 Waking up in Kampala on Monday morning for a deserved rest after a grueling campaign, it was most disappointing to read an opinion piece by Chris Obore, the director for communication and public affairs at Parliament, justifying the decision to ban non-graduate scribes from covering the 10th Parliament (Why Parliament has set bar high for journalists. The Observer, January 18).

Coming from someone high, the article reflected very badly on the administrative standing of Parliament and the criteria it uses to source people who should represent it in the eyes of Ugandans.

First, no one expects a whole director of communication to engage in petty debate with journalists on academic qualifications, as in this article, rather than provide information that gives insights into how Parliament decided the matter and is acting the way it did.

Sadly, no one is better-placed to advise Parliament on journalism than Obore who, for long, was a leading member of the media fraternity.

He surely knows that what comes out of a media outlet is determined not just by what a reporter or correspondent gathers, but by such factors as the ideological position of the owners, editorial policies in place, value of an issue at a particular time relative to the other issues on hand and, finally, the decision of the editor on what to publish or include in a news item. Regardless of the academic status of a reporter, these are overriding factors.

Second, being a whole director, Obore can access the services of Parliament’s legal and research departments, both of which should have provided him and the Parliamentary Commission critical facts and background data to help them avoid the mediocrity manifested in the decision to ban non-graduate journalists.

If they cared to ask, the First Parliamentary Counsel (FPC) would have advised Obore and those pushing this absurd decision that the law is about legibility to membership of Niju, that a journalist can freely decide to belong or not, and not a prerequisite for practicing journalism in Uganda.

Obore also argued that: “As an institution that passed the law, Parliament should be the first to respect it”. I entirely agree with him, because that provision does not give Parliament powers to determine who reports on it for a given media house; and because the restriction being imposed has no basis whatsoever in law.
More importantly, the Parliamentary Commission must know that the role of Parliament is to enact and uphold laws, but never to administer them. The latter is the work of the executive and the judiciary.

Yes, the current clerk to Parliament may be new in her job; but there are senior people, including Speaker Rebecca Kadaga, who should know better than allowing such embarrassing decisions.

Lastly, the rights of journalists to gainful employment and of media houses to recruit and deploy who to report for them anywhere are enshrined in our Constitution and laws. Parliament can never usurp those rights unilaterally.

If Parliament wants to contest the application of those rights in respect to journalists covering it, let its researchers produce an objective study that shows that journalists without degrees are incompetent to report in Parliament.

We know that efforts to exclude certain journalists from Parliament is being pushed by individuals who have been adversely reported on. But pursuit of personal sentiments is abuse of authority and institutional privileges. To avoid further embarrassment in court, Parliament must rescind this irrational decision on non-graduate journalists and make peace with UPPA members.

The author is a former leader of opposition in the 8th Parliament.