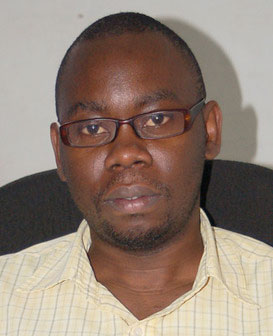 On Friday last week, yours truly, together with a team of reporters from South Africa, Ghana, Nigeria, and the United Kingdom, published what we believe is an important investigative story on tax.

The story, How MTN Uganda’s offshore stash sent URA on the hunt, was a work of more than a year of asking questions and piecing together the dots on MTN’s structure on the continent.

I must say that much of the credit goes to my colleagues at Finance Uncovered, a journalism network with more than 100 journalists, who kept the story alive when it appeared we were hitting a dead-end.

That said, it is important that you got the time to read the article. The story reveals some of the details that a number of African tax authorities are grappling with in order to collect the right amount of tax from multinationals.

We need to ensure that URA is just as aggressive in taxing small firms along Nkrumah road just as it is with the large multinationals. Anything short of the same kind of treatment across the board would leave URA in the precarious situation of explaining why it is biased.

The story also touches on how the multinational companies are creatively structured in order to limit the amount of tax they pay in certain jurisdictions. Of more importance though, the story shows the extent that tax authorities such as the URA have to go through to tax these multinationals.

Just so I am clear, it would be quite narrow to limit the issue to just MTN Uganda, which the URA accuses of failing to justify why it conducted business with a company located in Mauritius that only exists on paper. The issue is that the URA has been in court over incidences that are quite similar to what our investigation revealed.

Perhaps the most prominent was the Heritage Oil case. The company, which was located in the British Virgin Islands, sold off its interests to Tullow Oil for $1.45bn in early 2010.

But when URA slapped a 30 per cent capital gains tax - $404m - on the deal, Heritage cried foul, and partly argued that the tax was illegal as the country enjoyed a double taxation treaty with Mauritius, where the British firm had a unit that formed part of the transaction.

URA complained that Heritage had just opened an office in Mauritius, a haven for anyone who wants to pay low tax, to evade tax. URA would not have any of it; it pursued the money all the way to London, finally getting Tullow Oil, whom it had issued with an agency notice, to pay up the money.

Then there is the Zain and URA case. When Zain sold its Africa unit to Airtel, URA assessed $85 million in tax on the sale of the Uganda unit. The issue was that Zain had a complex structure where Zain International BV owned Zain Africa BV.

So with Zain International BV selling its stake in Zain Africa BV to Bharti Airtel, the company argued that the deal took place in the Netherlands, a tax haven located thousands of miles away from Uganda. Therefore, according to Zain, Uganda did not have the right to tax the deal. Court, however, ruled in URA’s favour.

There are many more cases such as these that URA is grappling with. In 2011, Uganda introduced transfer pricing rules – a set of rules that give the URA a right to tax transactions among related companies.

However, getting the staff to understand these transactions has not been easy. The tax body has been training some of its staff for a duty that requires continental collaboration.

Uganda is also renegotiating the double taxation treaties it has with a number of countries. It is likely that Mauritius and the Netherlands are part of that list.

Multinational companies are likely to have keen interest on how those negotiations go. Many of these firms set up base here partly because they see an opportunity to limit the amount of tax they could pay.

On a final note, however, we felt that the collaboration on the story is a good example of how business journalism should evolve. It is not enough to cover news from a narrow point of view.

It is very hard to make sense of decisions companies make at their Johannesburg, Nairobi, London headquarters - which have a profound effect on a population where they have branches such as in Uganda – if you do not collaborate on the details.

Beyond getting a quote from the public relations officer of a company, a journalist in Uganda would struggle to dig out information beyond a press statement from a company’s international headquarters.

The Observer and Finance Uncovered proved that business news can make so much sense to a reader if reporters worked as a team.

The writer is the business editor of The Observer.