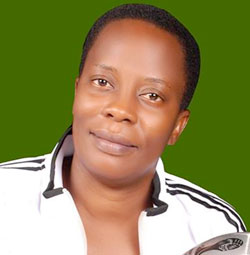 The 9th parliament is in its last eight months, three of which shall be after elections and, therefore, of no consequence.

At the moment, every MP, for those who will seek re-election, is deeply engaged in the campaigns, with some of us having already clinched our party flags. But as we close shop, one cannot fail to question how history will judge the 9th parliament. We started off with a lot of promise, exciting Ugandans. From Speaker Rebecca Kadaga to the most obscure MP in the House, we looked and sounded a promising team.

Within a few months, an impeachment motion against President Museveni was signed by 57 of us; days later, two ministers were censured. Others, including the prime minister, were sent on forced leave of sorts. We instituted a probe against Umeme, probed deep into alleged oil maladministration, chased away nonentities Museveni appointed ministers, demanded better pay for teachers and almost threw out the budget for failure to devote enough funds to the health sector.

It was around this period that every Ugandan that had a problem ran to parliament, and proposals for Kadaga to become president started floating and looking realistic.

In came the mysterious death of Hon Cerinah Nebanda. We attempted quickly to summon ourselves from recess to question the cause; instead, we woke up the devil. Four years down the road, we have ended up doing things in a style that depicts us as being totally unconscious of the interests of this country! Could it be that we shall be remembered as the most disappointing parliament since independence?

Every parliamentary year, Speaker Kadaga has been laboring to enumerate the number of bills we have passed, petitions handled, questions asked and answered and motions moved. Indeed, on this front, we have achieved a lot. Yet even this can’t cover up for the disappointment the 9th parliament has brought to Ugandans.

Its worst crime, in my opinion, was to ride on a moral ticket, start off with a lot of aptitude and robustness and go cold within a few months. This, coupled with our failure to reverse even a single uncomplimentary action done by both the 7th  and  8th  parliaments, has made Ugandans to conclude that politicians are one and the same – self-seekers.

I believe a few of us are victims of group condemnation just because we have drowned in a sea of the remotelycontrolled voices of the NRM MPs, and some opposition turncoats. I have come to discover that in most cases, the background upon which a person joins parliament is a major determinant of his/her conduct in the House. It seems the NRM MPs are so indebted to President Museveni that he can whip them in every direction of his choice.

The question Ugandans need to ask is what precisely did President Museveni do for these people? Because, in confidence, most of these MPs will tell you how much they are sickened by the system. They will even point out for you areas where you can pin government. Interestingly, the same people will shout out loudest when it comes to defending government on the floor!

Still, at the risk of vexing colleagues who sit on the left side of the speaker, I contend that if the sixty of us in the opposition had remained steadfast, calculated every move we have been taking, acted selflessly and remained true to our positions as opposition, the 9th parliament would have been very different from what it has been.

Many times I have asked my leader of opposition why exactly we are in the opposition yet we seem to be acquiescing in the NRM sinful deeds?

Recently, I almost croaked due to frustration when colleagues abandoned me on the floor as their shadow minister for Local Government to join the NRM in clamoring for new districts and constituencies. In the very period, all the public universities had remained closed for three weeks due to striking staff over salary enhancement.

When medical staff in the country’s hospitals were on strike over low salaries, colleagues on both sides of the House were promising hell if their constituencies were not subdivided further into smaller units! Imagine passing a motion for creation of twenty-three new districts on a day you are also passing a motion to borrow over Shs 1 trillion!!

Soon after being sworn in to represent Mukono municipality, I was requested by journalists to predict what the 9th parliament would be and I remember telling them that I expected it “to turn itself into a constituent assembly and spoil even the little that remained of the 1995 Constitution”. Today, as I look back, I see that my prophecy was not far from the truth.

When the opportunity to amend the Constitution presented itself, we pushed it away, citing lack of time. Worse still, the NRM caucus introduced a term that had never been heard of in the history of Ugandan politics – sole candidate. In this, we were saying that President Museveni shouldn’t only lead Uganda for life but he should also stand unopposed. What more would one need to turn Uganda into a kingdom?

From what I hear in the public domain, I can predict with ease that the disappointed Ugandans who are going to the polls without any civic education and full of vendetta against politicians are likely to recklessly choose leaders basing on nonissues – turning the august House into a big joke… or can we as the 9th Parliament use the remaining few months to redeem the fading image of the House?

The other question can be: “how do we get Ugandans to kick out the devilish NRM system that is killing every institution in this country?”

The author is DP president for Buganda region, and MP for Mukono Municipality.