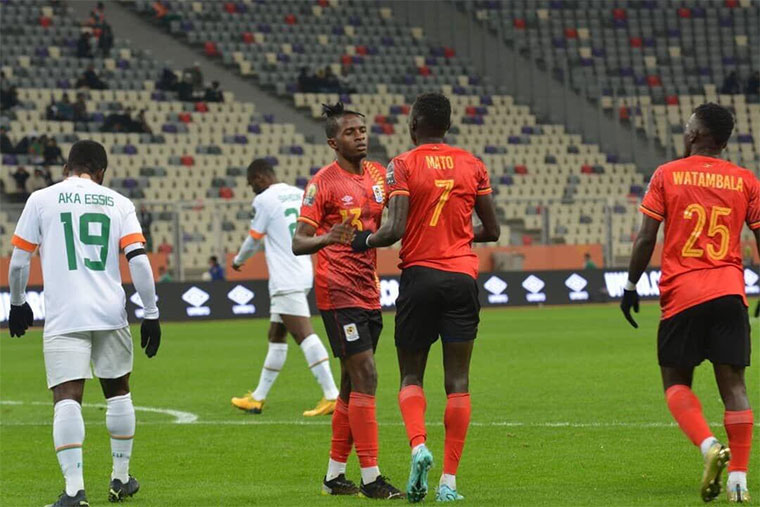 Uganda Cranes stumbled out of the TotalEnergiesAfrican Nations Championship (CHAN) after suffering a 3-1 loss to Ivory Coast at Nelson Mandela Stadium in Algeria on Sunday night.

It was a painful exit for the Cranes players, who came into the game with a four-point lead and just needed a draw to advance to the knockout phase.

The team failed to capitalize on their advantage and succumbed to pressure, handing a win to the Ivorians who needed three points to qualify, which they did perfectly. Uganda Cranes head coach Milutin Sredojević Micho made one change from the team that earlier defeated Senegal and started left-footed midfielder Karim Watambala at the expense of Marvin Youngman.

Ivory Coast proved a better team from the start, with Sankara Karamoko, Constant Wayou, and Essis Flugence dominating the midfield while Uganda's players struggled to coordinate. Their solid start paid off twelve minutes later when Sankara scored their first goal before Vignon Patrick doubled the lead through a pass that found Uganda's backline flat and made a straightforward chip to beat the goalkeeper Nafian Alionzi.

Uganda Cranes got a consolation in the 34th minute when Ivory Coast's Koffi Habib fouled Rogers Mato in the box and Moses Waiswa scored the resultant penalty. The consolation goal brought some rhythm to the Cranes players who started organizing themselves but it was too late for them to get an equalizer.

The game ended 2-1 at halftime. At the beginning of the second half, Micho responded with two substitutes Titus Ssematimba and Travis Mutyaba who replaced Watambala and Frank Ssebuufu respectively. The two players mostly Mutyaba who generally played from the right flank boosted Uganda’s attack force as he bullied the Ivorians with a couple of dribbles and forward passes.

Ssematimba also ignited a few attacks from the middle of the pitch. Uganda Cranes had a couple of chances through Karisa and Ssematimba but they were not clinical enough to get an equalizer. In the 78th minute, Aubin Kramo put the last nail in the Cranes when he extended Ivory Coast’s lead to 3-1.

Before full time, Mutyaba had a chance to score another consolation in the 89th minute, but his free-kick was denied by the woodwork. The early exit was simply a continuation of Uganda Cranes’ long-standing poor run at the championship, which is strictly for players in domestic leagues in their respective countries.

Although they have perfected the routine qualification for the championship since their first appearance in 2011, Cranes have failed to progress to the knockout stage in all their six appearances. Speaking after the game, Micho said he was disappointed because his team had an excellent opportunity to qualify for the knockout round compared to the previous editions but still failed to use the chance.

"I'm really disappointed that after 2014, this was the biggest chance for us to progress. On both occasions, we finished with four points. Unfortunately, four points are not enough to progress to the next round. When you look at everything, from 3 editions we have got 10 points," he said.

Adding: "Our best was not enough. We had today the best possible game from a starting point. We had 12 tries on goal, 6 direct on target, 7 half chances created. However, in football, it is not what you deserve that you get. I believe that the game result did not reflect what we deserved. I give credit to the players for that aspect they gave their best unfortunately their best was not enough to take us beyond this point."

Senegal was the other team from Group B to qualify for the knockout stage with six points in three games after defeating DRC in their last group encounter.

The team and players are generally better.

FUFA is on ether right track. Stay the course, good things are round the corner.
Report to administrator