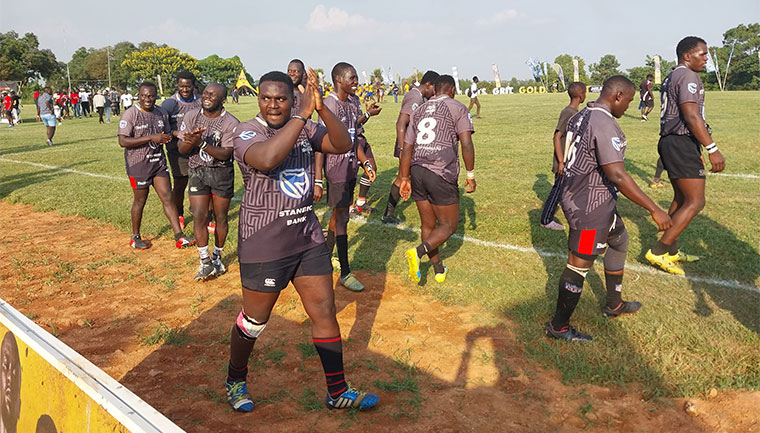 Match-day two of the Nile Special Rugby Premier League is this weekend at various grounds around the country. The Plascon Mongers will host the Jinja Hippos in Entebbe, while two fixtures are lined up at the graveyard in Makerere.

The battle of the horns will kick-start the action there, when Rams host Kobs before Impis show their arrogance, as their mantra goes, to newly promoted Walukuba Barbarians. The Kyadondo derby will see Buffaloes take on a wounded Heathens.

On the opening weekend of the season, Saturday, January 14, Heathens were beaten 24-18 by the Stanbic Black Pirates at King’s park in Bweyogerere. This was a huge result considering that Heathens had gone unbeaten in the 15s league last season with 18 wins in 18 games en route to a sixteenth record championship.

Heathens’ steel still showed, when they marginally lost the national rugby sevens title to Jinja Hippos in September, before bouncing back to win the Uganda Cup in December. While that double made Heathens clear favourites going into the league, Pirates win demystified their invincibility.

However, it also highlighted the improvements at Pirates. Ivan Magomu, Pirates’ fly-half and captain said: “We have normally buckled under the pressure of Heathens. This time, we did not. That is a sign of how much mettle we have gained, after several bumps along the way. As a team we continue to grow.”

Indeed, the bumps have been many; the kind that have seen Pirates branded perennial chokers. Since winning the championship in 2018, their first, it has been a case of Pirates capsizing, when they are about to dock. Pirates’ last victory over Heathens in 15s rugby was a 13-3 scoreline on February 10, 2018.

Marvin Odong, who is Pirates coach now, was skipper of the side, then. Until last weekend’s victory, Pirates had lost seven successive games to Heathens in five years. One aspect that was always common in the games Pirates lost to Heathens, is that they would normally start well, or be in the game until late, when they caved in.

The recent Uganda Cup final was testament to that. Following a good second-half display, Pirates could not finish off Heathens, even when the opportunities availed themselves. Once the game went into extra-time, Heathens, who are usually ruthless, unlike last weekend, got the Pirates head off, and marched to Kyadondo with the cup.

But the business-as-usual attitude, that Heathens normally show against Pirates had to stop somewhere. Pirates’ full-back Timothy Kisiga, who had a successful year with the national sevens side last year said: “After losing the Uganda Cup final to Heathens, we reflected and realized we had to stop them trampling over us. It was just a mental block we had to cut out. So, this time, we came without fear. It made the difference.”

Indeed, Pirates’ bravery was so evident from the start. Rarely have they dominated the mauls, racks and scrums against Heathens. But this time, they did, including winning the line-outs. Those aspects have been Heathens’ forte. Kisiga pays a lot of credit to his team-mate, the flanker, Humphrey Tashobya for his unsung contribution therein.

Over the last five years, Pirates have struggled because of lack of depth. But now, even with Kelvin Balagadde away in the USA, Pirates have a good base of youth and experience. Yet, Magomu noted, that for them to sustain a championship-winning run, consistency is crucial. That is what Heathens has been all about. But if there is one lesson for Pirates to pick from all this, is that there is no young snake. Rhinos can burst the bubble!