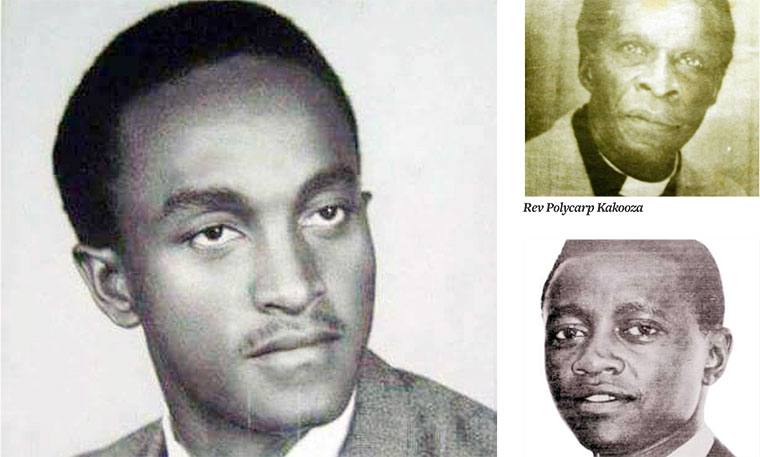 The 2022 Fifa World Cup kicked off over the weekend in Doha, Qatar. To many, it is a dream to watch the world’s best players at the biggest stage in real life. So, getting to watch a World Cup game is a treasured experience only a few Ugandans have experienced.

This trend was pioneered by six eminent sports administrators in 1974 when Germany hosted the showpiece. Here are the individuals and how they managed to make the trip.

The veteran sports administrator was the National Council of Sports (NCS) general secretary at the time. He travelled to Germany under the invitation of Fifa and the German Olympic Committee. Kakooza’s invitation was premised on leading role in the formation of NCS as well as the Federation of Uganda Football Associations (Fufa).

He was also a qualified referee, a referee’s instructor and athletics coach. He was later appointed NCS chairman before retired from all sports activities.

He was head coach of national youth team at the time and like Kakooza, his trip was coordinated by Fifa and German Olympic Committee. Omoding had previously spent some time in Germany to train as a coach and also watched the 1972 Olympic Games in Munich.

He was also a former Uganda Cranes player and featured in the 1962 Africa Cup of Nations in Ethiopia. He coached Uganda Commercial Bank (UCB FC) and guided the bankers to the 1979 league title. He later served as Fufa chairman between 1993 and 1994. He stays in Mukono.

He was Uganda Cranes team manager at the time and worked alongside German tactician Westerhoff Otto during the latter’s stay in Uganda. His trip was made possible through German Sports apparel manufacturer of Adidas, which he worked for as an agent for Uganda alongside Hassan Mutaasa.

Before this trip, Otti had featured in the 1962 Afcon and also won a couple of regional titles with The Cranes. He was also a German-trained football coach and his career as a coach saw him handle Uganda Cranes, Simba FC, SC Villa, Express and KCC.

Like Otti, Adidas coordinated Mutaasa’s trip. At the time, he had just retired from football a few years earlier. The former tireless midfielder played for Bitumastic and Coffee. Mutaasa, who onetime served as Fufa treasurer in early 1990s, travelled to Germany with his wife Mariam.

He was the public relations officer of Coffee Marketing Board (CMB) at the time. His trip was made possible through a German friend. Few years earlier, Semugabi was head coach of Coffee FC, which he helped to win the 1970 league and 1971 Uganda Cup titles. He was also a former Uganda national team player and featured in the 1962 Africa Cup of Nations.

He was Express FC coach at the time and like Semugabi, Jaggwe travelled to Germany on a special arrangement with German friends. Beyond the World Cup, Jaggwe was a former Uganda national team player in the 1950s and 1960s. He also featured for Express FC, the team which he coached in 1974 and won the first league title in the same year. He later moved to SC Villa when Express was banned in 1977.