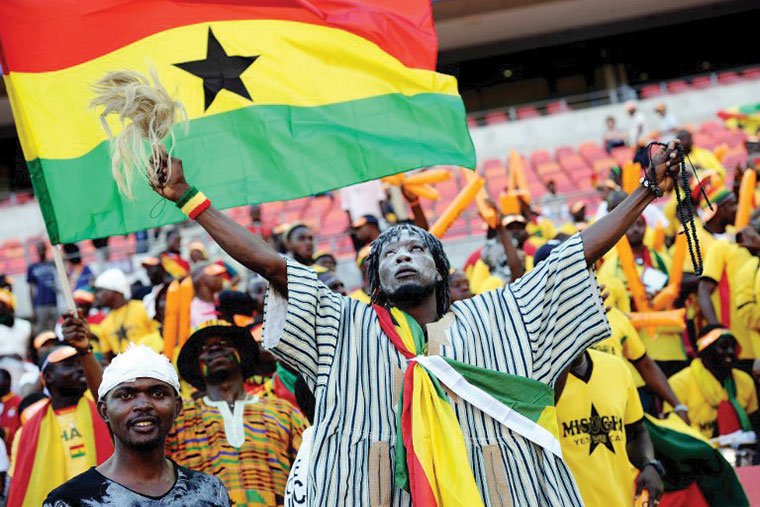 “I do not take alcohol,” said Gonzalo Gimenez, a Mexican who travelled all the way from Guadalajara to attend the 2022 World Cup in Doha, Qatar.

“But I like how alcohol makes a World Cup beautiful,” he added. Gimenez’s sentiments are shared by many other fans who have flown from thousands of miles away to be part of the football carnival in Doha.

Two of the most electric atmospheres in Qatar were generated by fans of Argentina and Brazil in the two matches both powerhouses played at Lusail stadium against Saudi Arabia and Serbia respectively. Argentina suffered the shock 1-2 upset to the Saudis while Brazil dominated Serbia enroute to a 2-0 victory.

Streaming out of Lusail stadium, fans chanted and sang as they made their way to the metro. The atmosphere was visibly enchanted. But in the view of Ahmed Amankwah, a Ghanaian, the only missing thing was a frothy drink. “When you are this happy, you can’t celebrate on passion juice or soda,” he cheekily observed. “You need a drink for only adults.”

The ban on the sale of alcohol inside and around stadia was issued by hosts Qatar two days before the Fifa World Cup finals kicked off. It caused a huge uproar across the world especially since one of Fifa’s partners, Budweiser, have been a sponsor since 1986. Budweiser’s contract with Fifa is a reported $75m.

It ought to be understand that alcohol is being sold in the Fifa Fan-Festivals where public viewing is arranged to create a stadium-like atmosphere for fans who can’t secure access to match-day tickets. Each pint costs 50 riyals (Shs 50,000) and there are usually thick and long queues for fans buying beer. In high-end hotels like Hilton and Fairmont, beers and liquors are sold but at very prohibitive prices.

The majority of football fans – the ones who chant and cheer themselves hoarse for 90 minutes – are not residing in such high-end places. It is expected that the Qatar ban on alcohol at this year’s Fifa World Cup will go some way in shaping the discussion on minimum requirements for subsequent bidding processes for the competition in respect to the traditions and cultural norms of prospective host nations.

The alcohol controversy must not be bundled with the LBGT issue which has put Qatar and several Western countries at loggerheads. In fact, many countries in Qatar, including all Africa’s representatives, and fans see no fault in the host denouncing any campaign or crusade aimed at championing or promoting the LGBT agenda at the World Cup.

The off-pitch issues aside, the 2022 World Cup has proved to be an open tournament with upsets continuing to happen as the group stages approach their climax. While holders France have looked fearsome, former holders Germany remain with a lot of work to do. Anything but victory against lowly Costa Rica will see them eliminated.

Belgium, who finished third at the 2018 World Cup in Russia, are in danger of early exit. After losing to Morocco on Sunday, Roberto Martinez’s team will exit the competition if they do not beat Croatia tomorrow.

Africa’s underwhelming performance in Qatar has yet again shown the gulf between the continent and the rest of the football world. Morocco under coach Walid Regragui, however, have looked impressive and remain in contention to emulate Cameroon, Senegal and Ghana, the only three African sides to have played in the quarter finals of the Fifa World Cup.

Today’s stand-out games are high-riding France against Tunisia while Robert Lewandowski’s Poland have it all to do against a buoyant Argentina team led by the maestro Lionel Messi.