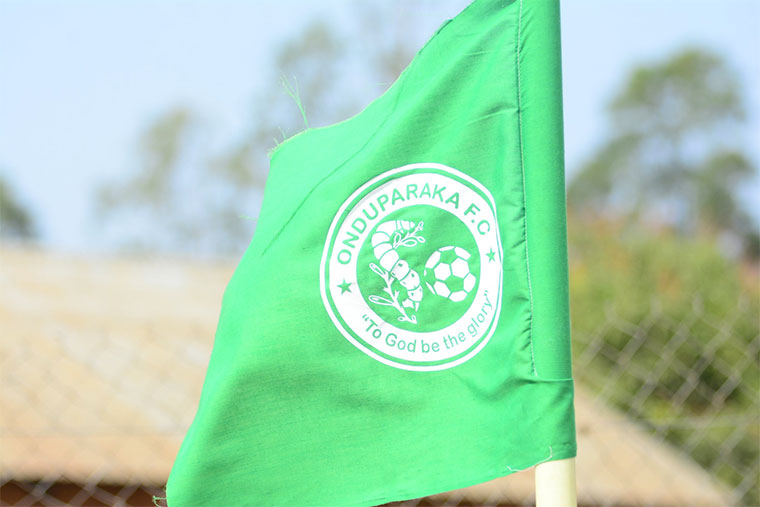 Onduparaka FC play the last of the five home games being played away from home this Friday December 2 against KCCA FC.

It comes with Onduparaka bottom of the Uganda Premier League. This is all a result of the crowd trouble that broke out at Onduparaka’s stadium, Green-Light, last season in the games against KCCA FC and Arua Hill SC.

Fufa’s Competitions Disciplinary Committee (CDC) punished Onduparaka with a two -point and two-goal deduction going into the 2022/23 season. On top of that, Onduparaka would play five of their fourteen home matches away in Bombo behind closed doors.  One of the markedly significant impacts playing home matches 550 kilometres away from home has had on them.

Mercy Munduru, the head of Marketing and Communication at Onduparaka, feels that being at the bottom of the league has had everything to do with the circumstances they are in. She feels that the punishment they received was very harsh, and not one good for football.

“It is one thing deducting points and goals from us, and ordering us to play behind closed doors. But moving us away from our home, was purely unsporting.”

Onduparaka, who by this weekend, will have spent close to three months residing in Namugongo, have had to rent a residence for Shs 1.5m, for their 37-man contingent, including players, coaches and support staff (cooks and cleaners).

On top of that, they have missed out on their average gate collection while at the Green-light of Shs 10 million to 15 million. Munduru said: “The money we collected from the derby against Arua Hill catered for the team close to three months. Salaries and all team logistics were all covered. Now, we have had nothing, yet we spend everyday.”

According to Fufa, the penalty on Onduparaka was a deterrent measure, to disable any form of hooliganism emanating in the game ever again. Just the other week, SC Villa were ordered to play their next five home games in Lira, following stone throwing by some of their fans in the game against Wakiso Giants.

Being in Namugongo, Munduru said they have had to spend at least Shs 1 million everyday. That has included hiring a Coaster to and from training daily for Shs 200,000; Shs 30,000 on water, and over Shs 600,000 on daily training allowances.

On Sunday, November 27, Onduparaka returned to Arua for the first time, to take on Arua Hill in their ninth fixture. They lost 1-2, sinking further into the abyss. Although Munduru is optimistic they will climb up the table fast once they return home, the CDC penalty appears to have far-reaching consequences.