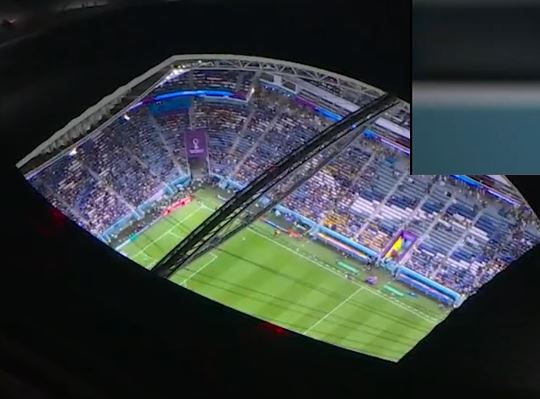 Tournament football dynamics are not complicated. Win your first match of the group and you will have a 66.6 percent chance of advancement into the second round.

When Cameroon line up at Al Janoub stadium at lunchtime tomorrow, they will know the stakes at hand. In a group where the favourite and likely table topper will be Brazil, Cameroon must upset Switzerland to stand a chance of making the knockout stages.

The Indomitable Lions, who became the first African team to reach the quarterfinals at the 1990 World Cup, will be led by Napoli star Andre-Frank Zambo Anguissa, who has been in the form of his life going into the tournament.

Song is aware of what tomorrow’s game means, to Cameroon’s chances and has emphasised the need for discipline and patience among his charges. The Swiss lost to Ghana 0-2 in their final build-up game and although there is a world of difference between friendlies and competitive matches, the Indomitable Lions will not be short on confidence at lunchtime tomorrow.

The other group game sees Brazil play Serbia in a match where they are favourites to prevail. Later in the day, Cristiano Ronaldo’s Portugal will offer Ghana’s Black Stars an acid test in their Group H opener at Stadium 9740.

Ghana are decidedly the underdogs in this tie but with four wins in their last five matches, they will not be short on self-belief. Ronaldo, at 37, is a shadow of his former self, Portugal should not be as intimidating as they once were. But they are blessed with match winners all over the pitch such as Bruno Fernandes, Bernado Silva, Ruben Neves and Joao Felix.

Ghana, who were a penalty kick away from becoming the first African country to play in a World Cup semi-final some 12 years ago in South Africa, have retained the experience of the Ayew brothers Jordan and Andre, and have the midfield enterprise of Arsenal star Thomas Partey to call upon.

Anything but defeat will be considered an impressive result for the Black Stars who are placed in a tricky group that also includes Uruguay, the team they lost to in that famous 2010 quarter final, and South Korea.

Coach Otto Addo has told his players to respect their illustrious opponents, but not be intimidated by either their profiles or the occasion. It will do Ghana’s chances no harm that this time round their camp appears to be at peace with no bonus issues such as the infamous episode that scarred their 2014 World Cup campaign in Brazil.

Today, Morocco take on Luka Modric’s Croatia, who were runners-up at the last edition in Moscow. Tunisia is Africa’s fifth side at the World Cup and they played Denmark. Their group features defending champions France and Australia.