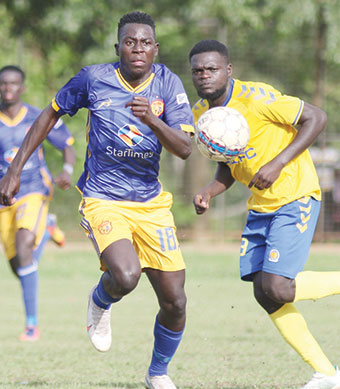 URA FC visit KCCA FC this weekend on match-day eight in the Uganda Premier League (UPL). For the taxmen, who have played seven games, and have managed to garner only nine points, this is a very important game.

However, Timbe, who has had such an illustrious career as a tactician, boasting of four Cecafa Club Championships, is first to feel the disappointment. Timbe’s focus now, is to ensure they go on a winning run, beginning with KCCA.

Last season, URA lost 0-1 in Lu- gogo. But the season before under coach Sam Simbwa, they did the double on KCCA, 2-1 each time. It is a decade now, since Timbe won his last silverware.

That was the 2012 Cecafa Club Championship with Yanga FC. The former Police FC coach is first to admit: “It is a pretty long time since I won. But make no mistake, I still have the fire and passion to win, and I believe I can do it with this team.”

URA’s last league title came in 2011. And because of that, Timbe sees no reason why the players he has, do not have the hunger to end that drought.

“We have good players, who should be pushing for the title. But what we have lacked, is the required fight to win games,” Timbe said.

For a team that has the talent of goalkeeper Nafian Alionzi, midfielders Shafik Kagimu, Saidi Kyeyune, Patrick Mbowa, Viane Sekajugo and Joachim Ojera, who played for Cranes at the 2021 Chan tournament, this URA should be competing.