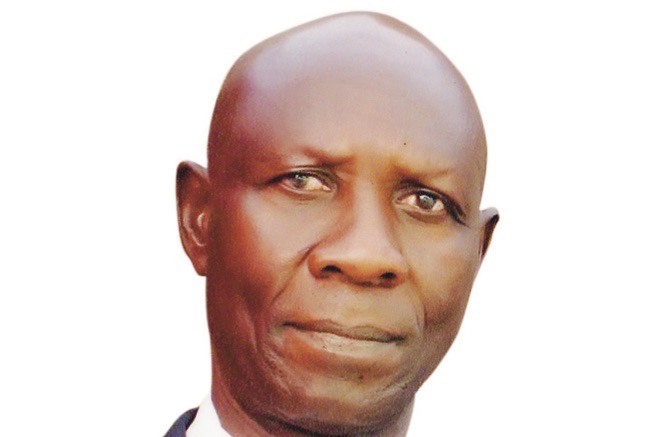 Mawejje chose the ground for its memories when he started out as a Masaka LC player. In attendance were several former stars hailing from Masaka and among them was the conspicuous Charles Miiro.

He is a top coffee farmer but few may know that he enjoyed a successful career at Masaka Union FC from 1977 to 1983. Mzee Miiro, as he was popularly known by fans because of his bald, was a formidable striker.

He may not be a household name like many of his peers from the golden generation of the 70s and 80s but Miiro thrilled fans with his dribbling as well as his goal-scoring abilities. Today, he looks lean, far from the intimidating stature of his playing career.

His favoured position was centre forward but he was also good on the right wing where he also used to cut inside for goal-scoring opportunities.

Like many players who thrived in the 1970s and 1980s, Miiro was never capped by the national team due to a stiff competition. Coach Peter Okee always preferred relentless Issa Sekatawa and powerful Davis Kamoga as his main strikers.

Miiro was born 67 years ago at Kisoso, Kyabakuza in Masaka city and played as a centre forward during his school days at Kako SS where he completed his O-level in 1974.

In 1976, he moved to Equator FC, which was based at Nabusanke along Masaka highway but just a year at the club, Express FC snapped him in 1977 as a hot prospect. But before he could make his debut, Express was banned, forcing him to move to Masaka Union FC. As an incentive, the parent company also gave him a job.

In 1979, Miiro scored four goals in the Super Mini League to help Masaka Union gain promotion to the top-flight after topping.

There were fears he would falter under the physical demands of the top-flight but Miiro started scoring goals for fun. Along with other youngsters Issa Sekatawa and Paul Lule, they brightened the league with their scoring abilities.

He was fearless and benefited most from club veterans like Charles Kawunde, Emmanuel Nyanzi and John Sekiziyivu. One of his best games was against Mbale Heroes at the recreation ground in 1980. The visitors had established a commanding 2-0 lead at half time. But in the last 20 minutes, Miiro netted a stunning hat-trick to win the game 3-2.

The team had been strengthened by the arrival of veteran players such Eddie Semwanga, Mike Kiganda, Med Lubega, John Ntensibe, goalie Jimmy Bbosa Junior and Moses Kasiita among others.

By 1982, Miiro was widely recognized as one of the country’s top players. That season, he made a mockery of Villa defender Jimmy Kirunda in the two league games between the sides. Kirunda was stylish and classy but Miiro’s dribbles and runs always left Kirunda a step behind.

In the penultimate round of the season, KCC had to beat Masaka Union and SC Villa in the final round order to win the title.
Masaka recreation ground was filled to capacity as early as 2 pm. The home team also had the backing of SC Villa fans who stormed Masaka in big numbers.

However, the partisan crowd was silenced when Davis Kamoga’s deflected shot gave KCC an early lead. KCC managed to repel Masaka Union’s relentless attack but with three minutes to, Miiro burst into the box to head in Sula Kato’s immaculate corner.

KCC still had the little consolation of ending Villa’s unbeaten run in the final game but the bitterness of Miiro’s equalizer forced the club to boycott the dead rubber.

In the 18-game season, Miiro scored a respectable eight goals. In 1983, Miiro was one of the most recognizable names after his heroics against KCC. Few could have imagined that he would return the favour in the most dramatic of ways.

In a reversal of roles, SC Villa faced Masaka in a must-win game to keep pace with high-flying KCC. Villa was expected to make light work of the visitors but from the onset, the hosts were in trouble in front of their own fans.

Miiro yet again seized the moment to score a fine brace along with goals from John Ntensibe and Eddie Semwanga as Masaka Union stunned the champions with 4-1. Villa never recovered from this humiliation and ended up finishing the season third.

Following the end of the season, Miiro shocked the football fraternity when he hung up his boots. Before, he had asked the parent company to lend him a hand in his effort to complete his house.

So, when they poured cold water on the idea, Miiro decided to quit the game and remain a staff in the company. Effort by his bosses to force him change his decision proved futile.