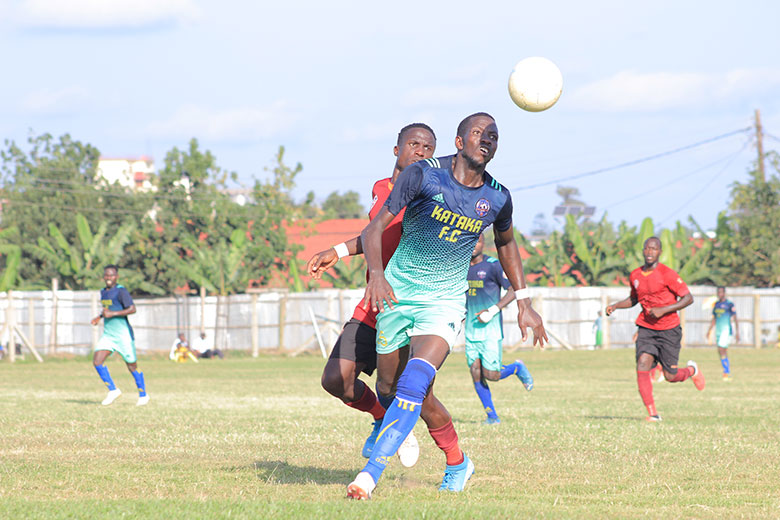 Oftentimes we get buried into four emotions when it comes to sport, especially football. You may have noted that in recent months, several public figures have come out to show their support for particular teams on social media.

It is really refreshing when political foes unite in the name of football, which goes to show the sport’s unlimited power to unite people.

Right from my good friend Dr Kizza Besigye to the Attorney General Kiryowa Kiwanuka and many others, they speak the same language when it comes to football support. Indeed, their taunts can sometimes be captivating.

Unfortunately, in spite of their good intentions, most of this football banter is centred around European football, especially the English Premier League. This is where I have an issue to grind.

Thing is, I have zero problem for their support of foreign teams, but it is the failure to promote local teams that baffles me. It is a given that followers of these high-profile figures often associate and get hooked by what their idols post on social media.

So, when these public figures concentrate on foreign teams, that’s where their supporters will also go. On hindsight, one can argue that there is little to promote in local football due to its poor management by Fufa.

But then again, you cannot hide from the fact that every Ugandan has got an attachment to a local club in one way, be it a village team or a Uganda Premier League (UPL) side.

It is on this background that rather than feeling disinterested to associate with local clubs, opinion leaders ought to be seen promoting their own as much as they do for the foreign teams.

So, I beamed with joy last week when I heard that MP Nathan Nandala- Mafabi broke away from the trend to foot the salaries for Mbale Heroes for the entire upcoming season. It is no mean feat because that means he will have to part with not less than Shs 20m per month.

Selfless people like Nandala rare in Ugandan football and his gesture will not only cause a positive impact on the team, but also everyone associated with it. Ugandan football leadership may be under captivity but that should not stop us from promoting our clubs whenever the opportunity arises.

Such is the power of opinion leaders that when Dr Besigye promoted Onduparaka matches some years ago, it greatly boosted the club’s social status and contributed to the huge number of fans for their games.

In fact, in many sporting countries, high-profile figures carry a responsibility to promote their own. What all this means is that you cannot be seen to love what others do when you don’t appreciate the little from your own.

Back in 2014, Real Madrid All Stars visited Tanzania for an exhibition match. To promote the match, then President Jakaya Kikwete was offered to don his favourite Real Madrid jersey but he turned it down and instead seized the opportunity to promote local sides Simba and Yanga.

Real Legend Luis Figo would later ask Kikwete about the two clubs and how he could help them. Had Figo not seen this Kikwete gesture, he wouldn’t even have inquired about Simba or Yanga.

This demonstrated the power of promoting local clubs and in a way goes a long way to show that if you don’t associate with your own, you will be consumed by the foreign content your eyes feed on.

The only exception is when it has a business aspect as is the case with Rwanda because the country recoups several millions of dollars from their partnership with Arsenal. Even then, President Kagame is renowned for tweeting about Rwandan clubs whenever they are playing on the continent.

This has created a win-win situation for them. Bottom line is, football is a business first, then entertainment second. When your effort subconsciously promotes European football, don’t expect domestic football to grow.

When my grandfather, Joseph Muguluma, travelled to the UK in 1927, he was mesmerized by Coventry City FC’s home ground at Highfield Road, which was a stone’s throw away from where he stayed. He kept several records from the club but somehow, he never publicly associated with it.

Instead, his whole sitting room was littered with Express FC memorabilia. When I asked him why, he said whereas he associates with Coventry, his heart and soul is with Express having followed through Ssekabaka Muteesa II. Such is the influence of an opinion leader.