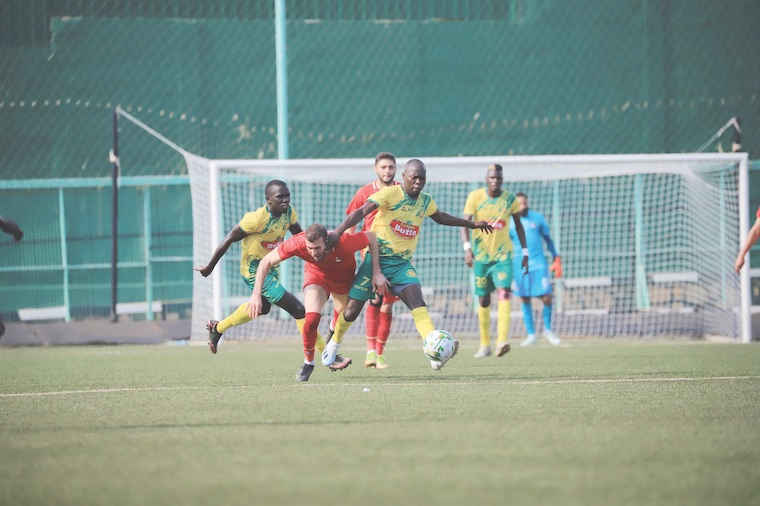 When Vipers SC walk onto the turf at the St Mary’s stadium in Kitende on Saturday September 17 for the second leg encounter against their Central African Republic opponents Olympique Real de Bangui, they will be buoyed.

Their first leg 3-0 win away appears enough buffer, to enable Vipers make it to the first round of the Caf Champions League (CCL), to meet the famous DR Congo side, TP Mazembe. Yet, for Bul FC, who drew their Caf Confederation Cup (CCC) first leg encounter 0-0 at the same stadium last week against Future FC, are expected to venture into Egyptian territory with caution.

For the two teams, these were their first competitive matches since they faced off in the Stanbic Uganda Cup final on June 12 in Masindi. Bul won that clash 3-1, to book their maiden ticket to the continent presently. However, important as it is for these sides to make an impression on the continent, these Caf games are an opportunity to bed in new talent.

Lumala and Mubiru were the two debutant scorers, which was delighting to the coaches. Marcelo Cardoso, the Vipers assistant coach, said: “After losing a number of players, we have new players that we are trying to fit into the team. And going by the short time they have been with us, they are doing well.”

Cardoso added that their target is to complete the job in the second leg. In the first leg, Vipers played an unusual 4-4-2 with two lines of defence, which enabled them to lock out Real de Bangui.

Against that, the Vipers fans have every reason to go to Kitende this weekend, to see how their team is shaping up. But Cardoso said although there are alterations in the squad, the philosophy remains offensive-minded, because of their Brazilian background. There is hope that striker Sentamu and attacking midfielder Paul Mucureezi may return for this weekend’s clash. That should be a confidence booster to Vipers’ attack.

On the other hand, Bul FC’s assistant coach Baker Kasule felt that their first leg goalless draw resulted from his side not being clinical in front of goal. “We got some good scoring chances, and we just lacked the composure and confidence,” Kasule said.

The former Proline FC coach added that his team has to rally the same amount of self-esteem as they did in winning the Uganda Cup. Kasule said although they are going away, he does not think that his side has anything to fear of Future FC.

Bul still boasts of the experience of Karim Ndugwa, who did well in the first leg. Yet, the other burgeoning star in the Bul side Simon Peter Okech appeared to be overawed by the occasion. He will need to get his act together, as others like Reagan Kalyowa, Martin Aprem and Frank Kalanda offer more attacking threat, because Bul needs goals.