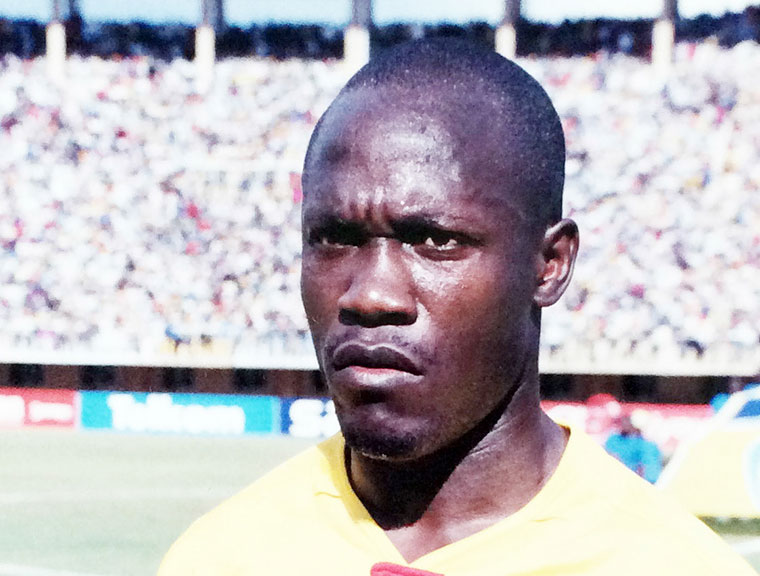 In many ways, this is a full circle for a man who made his name as an Express star player in the nineties even though he remains somehow underrated in spite of an illustrious career. Odoch arrived at the scene when the country’s top defensive midfielders like George Nsimbe, Paul Nkata and Rajab Sekalye were past their prime.

Then, Uganda Cranes tacticianAsumani Lubowa put his faith in the 18-year-old and he went on to make the role his own for many years. Odoch was endowed with a tremendous work rate, deceptively intelligent and gifted with a ferocious shot. Always doing the dirty work for teammates, Odoch was a fighter and rarely came off bad in a tackle. He made those around him, especially attacking midfielders, tick.

Born in 1978, Odoch rose through the ranks at Police Children School at Kibuli, where he started as a striker in 1989. By 1994, he had been drafted into the Kampala SS school team. In 1995, coach Eddie Butindo scouted him, took him to Lubiri SS and turned him into an imposing defensive midfielder. It was at Lubiri that Police FC coach Denis Obua spotted him and
acquired his services. He played an integral role alongside Hassan Mubiru, helping the Cops get promoted to the topflight in 1996.

By 1995, he had already made steady progress to be part of the Uganda Kobs that played in the Cecafa Cup tournament in Kampala. Odoch’s long-awaited senior Cranes debut came in August 1996 when Lubowa selected him in an Afcon qualifier against Ethiopia.

He would later be part of The Cranes team that participated in the 1996 Cecafa Cup in Sudan that Uganda won. From then on, Odoch became a mainstay in the national team. Thereafter, Serbian tactician Dragan Popadic wooed him to Express and Odoch went from strength to strength.

He won the hearts of the club faithful with his intensity. At the 1997 Cecafa Club Championship semifinal in Kenya, he equalized against Kenya Breweries to send the game into spot-kicks even though he went on to miss a penalty that spoiled the party.

Personally, one of Odoch’s most impactful games was the May 10, 1997 grudge game against rivals SC Villa at Wankulukuku. He single-handedly controlled the midfield and in the 77th minute when the game was all square, he unleashed a pile driver which rebounded off the cross bar before Lingaya Zazak headed in. Referee Stephen Muleyi initially counted the goal but changed his mind and what happened next was violence which left many fans injured.

In 1999, SC Villa signed Odoch after a protracted struggle and he went ahead to win his first league title that very season before winning the double in 2000. The 2000 season was bitter-sweet because Odoch spent some games on the sidelines due to injuries and new Uganda Cranes coach, Harris Okagbue, dropped him for the Cecafa Cup tournament.

In 2000, he returned to Express and coach Godfrey Nyola handed him the club’s armband. That very season, he helped Express win the 2001 Uganda Cup title after defeating SC Villa. In 2003, Odoch left Express and moved to Rwanda where he joined APR. In 2004, Uganda Cranes coach Mike Mutebi recalled him to the national team and he featured in the 2005 Afcon qualifier against South Africa but it was clear his best days were behind him.

His last Cranes game was against Burkina Faso in the same year. He later had stints in Vietnam and Bangladesh but returned home in 2008 to join Nalubaale FC. He hang up his boots in 2010 started his coaching career as assistant coach at Entebbe FC.

Further stints at Bazaar Holdings, URA and Express have ably prepared him to take the hot seat at Express.