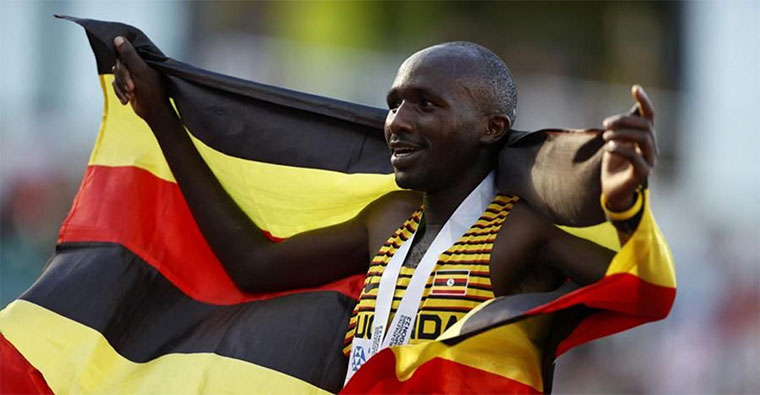 Before Sunday’s 5,000m final, the question on everyone’s lips was whether Joshua Cheptegei could pull off the prestigious double. As the reigning Olympic champion, and world record holder over the distance, all eyes were on him.

Very few people genuinely fancied Oscar Chelimo, 20, to have any designs on the podium. After all, this was one of the most competitive fields in the history of the 5,000m at a World Athletics Championship.

In the heat of the Hayward Field stadium were Norway’s Jakob Ingebrigsten – the eventual race winner, the Kenyan pair of Jacob Krop and Nicholas Kipkorir, Canada’s Mohammed Ahmed, the Ethiopian duo of Selemon Barega and Yomif Kejelcha and of course Cheptegei.

Yet somehow, against all odds, Chelimo managed to win a sensational bronze medal after a magnificent final kick on the home straight that saw him race past Guatemala’s Luis Grijalva in the final 25 metres. In so doing, Chelimo earned himself a decent Shs 80m and earmarked himself as the next big name in Uganda’s long-distance running.

Chelimo’s bronze, to go along with Cheptegei’s 10,000m gold and Kiplimo’s bronze in the same distance, catapulted Uganda to 16th on the final medal position. It is a mightily impressive achievement when you consider that 192 countries took part.

He matched Moses Ndiema Kipsiro’s 5,000m bronze from the 2007 World Athletics Championships in Osaka with what was Uganda’s 10th all-time medal at the event. Sunday’s race was a difficult one for many reasons; the field was very formidable and the conditions were prohibitive with the athletes having to rehydrate time and again.

Few noticed when Chelimo won his heat but after this bronze, his name will become a marked one.