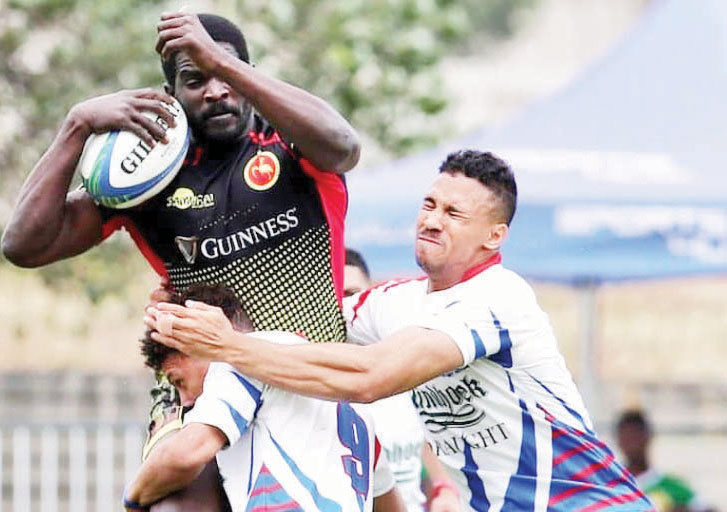 Coventry, Adrian Kasito walked past the Mixed Zone, the area where athletes emerge from to conduct media interviews, a crestfallen man. As one of Uganda’s two players sin-binned against Kenya in Friday’s 27-14 opening game defeat, he knew his yellow card had been a costly one.
Ian Munyani was the other Rugby Cranes player to see yellow in the first half and right on cue, Kenya took full advantage and scored a succession of tries Uganda never quite recovered from. Sevens rugby is very punishing when you go a man down. In this case, Uganda went two men down. It was always going to be a tall order thereafter.
“Every time we were six, Kenya called for a scrum down. Which meant that they had an extra man on the outside,” Rugby Cranes captain Michael Wokorach, also captain on the entire Birmingham 2022 Ugandan contingent, said after the game.
Wokorach added that Kenya had fully cashed in on Uganda’s slow start. “Kenya punished us on the kick-offs; we didn’t do the ball handling very well.”
However, he is confident that Uganda will do better when the Rugby Cranes take on Australia in the late evening clash. It starts at 11:20pm Ugandan time. No one in his right frame of mind would expect Uganda to upset Australia but Wokos, as he is known in rugby quarters, expects a more improved shift from the team.
“We can only urge our fans to stick together and expect a better representation tonight from the group,” he remarked.
The defeat to Kenya was a particularly tough one to take but the life of sportsmen entails washing losses out of their systems of recharging their batteries for the battles ahead. This is Uganda’s fifth successive rugby appearance at the Commonwealth Games starting from the 2006 Games in Melbourne.
Uganda’s other opponent in the group is Jamaica, a match Ugandan fans will believe they should win. But Wokos had a word of caution to his teammates.
“We have played Jamaica before in the Challenger series and they are a decent side with many players featuring for sides in Europe so it won't be a straight-forward game as most people think.”
The Ruggers are due to fly out on August 8 for South America where they will play the Challenger series in Chile.
Birmingham Rugby results
Kenya 27-14 Uganda
Australia 62-00 Jamaica