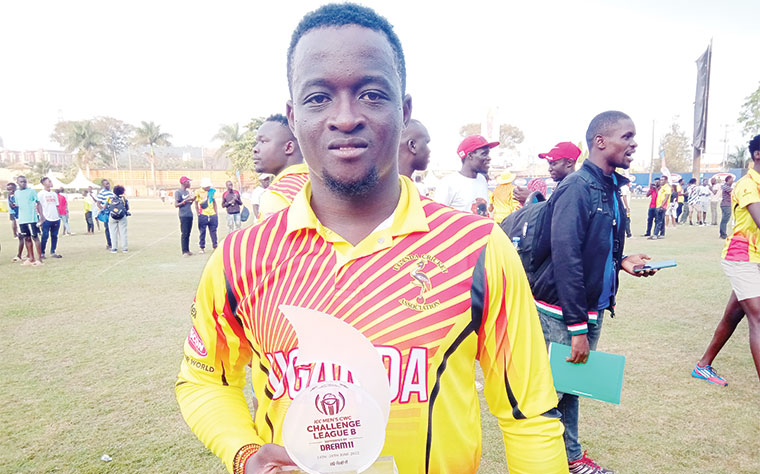 After the ICC Cricket World Cup Challenge League ‘B’ tournament that Uganda hosted from June 14 to 28 ended, the Cricket Cranes now have turned their focus on the T20 World Cup global qualifiers scheduled to take place from July 11 to 17 in Zimbabwe.

But that shifting of focus has not happened without a cost. For most cricket fans, much of last week was spent on the edge. They wondered whether the Cricket Cranes were going to fluff home advantage in the ICC Cricket World Cup Challenge League ‘B’ tournament second round, and relinquish top spot in the quest for a berth at the 50-over 2023 World Cup.

Coming into the tournament, Uganda sat aloft the table standings with five wins in five games. These results had been posted back in Oman, 2019. Yet, after Uganda lost its first two second-round fixtures against Jersey and Hong Kong at Lugogo and Kyambogo respectively, a feeling of deja  vu from 2017 emerged.

Then Uganda hosted a division three tournament, hoping to win it and be promoted to division two. Instead, Uganda ended up collapsing and being demoted to division four. A sense of seeming collapse appeared to grip the cricket fraternity.

However, on Sunday June 26, Uganda put the fears at rest, when they completed three wins on the bounce houidini act, to maintain top spot in League ‘B’. The Cranes chased down Kenya’s innings lead of 220/10 (47.1 overs) in dramatic fashion, to score 224/3 in 45.1 overs.

Despite the delight and ecstasy that engulfed Lugogo on Sunday evening, there is still cause for review about Uganda’s latest performance. In 2019, when Uganda played Hong Kong, the former restricted the latter to 147 runs all out, before scoring 150 runs for the loss of four wickets.

Uganda’s coach Laurence Mahatlane told The Observer that those two games showed what a thin line there is between victory and defeat.

“We played a more or less perfect game against Kenya. It was a tough game, but we applied ourselves right, because we were composed and focused. To do well at the top, you must have that attribute. Against Jersey, there were missteps and small margins, that cost us,” Mahatlane said.

The team will travel to Zimbabwe in a pumped-up mood, but even so, when they head to Jersey for the third round of the League ‘B’ from July 28 to August 10 to continue their World Cup dream.