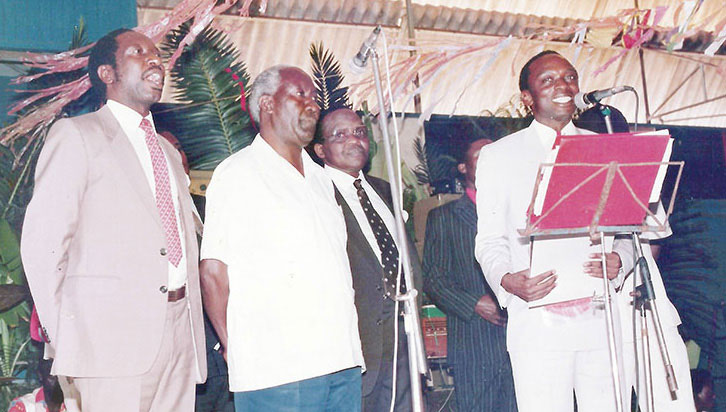 Vipers SC’s dream to join the exclusive class of seasonal double winners bizarrely ended when they lost the Uganda Cup final 1-3 to BUL.

Only SC Villa, Express and, most recently, KCCA have won both the league and Uganda Cup in the same season. BUL’s surprise triumph makes them one of the few teams outside Kampala to win the cup.

Looking back 51 years since the tournament was inaugurated, there are quite a number of outstanding records that need special recognition. The tournament was started in 1971 with a view of adding more competition to Ugandan football as well as getting representatives for the various competitions on the continent.

When it comes to individual records, two coaches stand out for winning the event four times each. First is Moses Nsereko, who led KCC FC to the 1979 title. Incidentally, KCC didn’t have to break any sweat because their final opponents Uganda Commercial Bank (UCB FC) purposely failed to show up for the match.

Nsereko later guided his charges to the 1980 triumph in which they defeated Maroons FC 2-0. Nsereko’s KCC would later see off Nile FC in the 1982 edition.

This game is memorable because Nile abandoned the game with 15 minutes remaining while trailing 0-1. The Nile FC bench accused referee Geresom Mandu for being biased but that didn’t stop the trophy from being given to KCC.

In the 1984 edition, Nsereko also helped KCC beat Coffee 3-2 at Bugembe for his fourth triumph. At all these triumphs, Sam Musenze was the skipper.

Meanwhile, David Otti first won the 1977 event with Simba when Jinja-based Nytil did not to show up due to the tense political environment. Otti later guided Express FC to the 1991 title after whipping Nile FC 4-1 at Nakivubo stadium. Otti again edged Nile 1-0 to win the 1992 edition and in 1994, he saw off KCC after a penalty shoot-out.

When it comes to players, Phillip Obwin stands out. He won his first Uganda Cup trophy in 1992 when Express beat Nile FC and was also part of the Express FC side which defeated KCC in 1994. The following year, he was part of the Express team that retained the title after beating Asumani Lubowa’s Posta.

Obwin’s fourth title came in 2001 when Express FC defeated SC Villa 3-1 at Namboole stadium. Obwin then crossed to SC Villa in 2002 and became part of Milutin ‘Micho’ Sredojevic’s double winning side. He would later swap SC Villa for URA FC in 2004 and helped the tax collectors to win the 2005 Uganda Cup after overcoming KCC.

When it comes to club captains, KCC’s Musenze and George Ssimwogerere stand out as the most successful Uganda Cup skippers, having led their sides to four titles each.