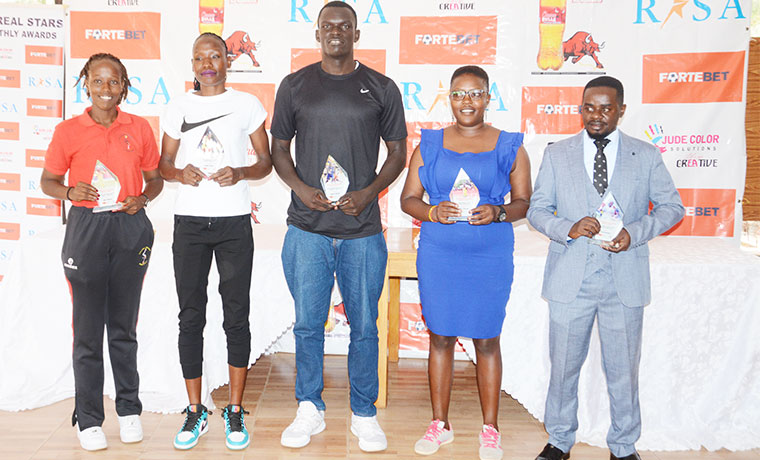 Janet Mbabazi and the Victoria Pearls (Uganda Women’s Cricket team) are in Rwanda, competing in the Kwibuka Women’s T20 tournament.

This came on the back of her bagging the Real Sports Stars award for best cricket player in the month of May. The 2019 Uganda Sports Press Association female cricket player of the year was joined on the winners podium by City Oilers’ James Okello, best basketball player and National Insurance Corporation (NIC) netball team star Stella Oyella.

Victor Cherotich, a silver medalist in the 3,000 meters and bronze medal winner in the 1,500 meters schools championship, was perhaps the only outlier as the best in track and field. However, the May winners were markedly known names, that continue to show consistency.

Mbabazi has for long been the best female cricketer. And because of her powers, she is expected to inspire the Victoria Pearls during the Kwibuka T20 tournament. But regarding her award, and what inspired it, she told The Observer recently, that having gone so many months without cricket activity due to Covid-19, the return has been marked by an insatiable hunger.

“As players, we lost a lot in terms of physical shape and technique, because of not playing for almost two years. So, the workouts have been big especially on my side, to try and get back to the top level. That has enabled me push more, hence the good level of cricket I have been showing,” Mbabazi said.

Mbabazi’s recent gong comes on the back of the Victoria Pearls’ 3-2 series win over Nepal away, last month. Equally, Oilers’ Okello, winner of six championships, has helped his team maintain giant status in the National Basketball League. For Oyella, her international success with the She Cranes also inspired NIC to the East African Netball Championship in May.