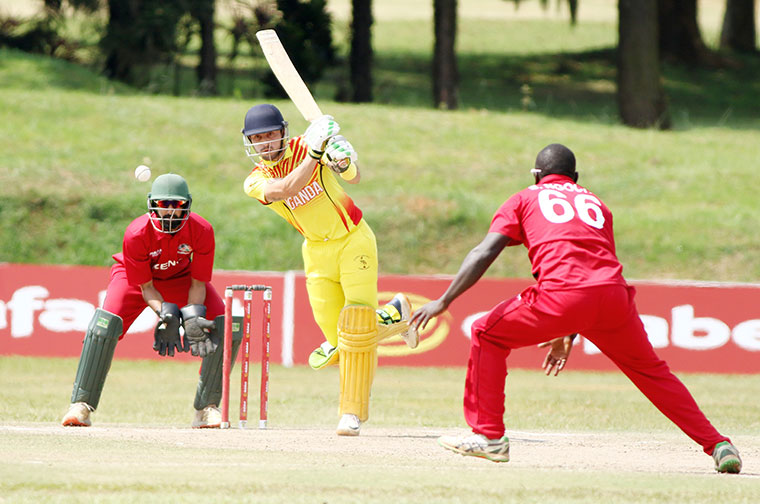 This will be the first of five games Uganda has to play in the second round of the ICC Cricket World Cup Challenge League ‘B’ tournament up to June 28. Uganda come into this round having won the first round comfortably with five wins in five ties.

This was in Oman, 2019, when the cricket Cranes were under the guidance of coach Stephen Tikolo, a legend of Kenyan cricket. However, the second round of the Challenge League ‘B’ provides an opportunity for South African coach Laurence Mahatlane, who took over the team in November 2020 to make his mark too.

“When I first arrived, clearly I looked forward to the task at hand, which was to help improve the players in all aspects of the game. This is going to be my third international ICC tournament with this team, and I believe we have prepared well. The players understand the processes and requirements in terms of application, that are needed for us to succeed,” Mahatlane said.

With experience drawn from his time coaching in his motherland, South Africa, a test nation ranked fourth in the world, Mahatlane told The Observer a few months back, that his main focus was on instilling professionalism in the team. He noted that for Uganda to become a more competitive team, the general thinking had to change.

Mahatlane said: “I was told that Uganda struggled to bat. But I realized that the only way we could improve, was if we practised and competed a lot more than we had before. To do this, we needed the players to dedicate a lot of their time to the game, because the world’s best players spend a lot of their time in the nets hitting balls and bowling.”

It is such an environment that Mahatlane has pushed to create since he arrived. In the 18 months of Mahatlane’s tenure, his charges have played 25 T20 international games. Of these, they have won 17, lost seven and registered a no-result in one. But among these was Uganda winning the Africa Region T20 World Cup qualifiers last year in Rwanda.

The Cricket Cranes will travel to Zimbabwe in July to compete for a berth at the T20 World Cup slated for October in Australia. While in Zimbabwe, where eight teams will be contesting that final round of qualifiers, all that Mahatlane’s team will have to do, is reach the final and be guaranteed a place in Australia.

Nations like Netherlands, Papua New Guinea, Hong Kong, Jersey, Singapore, USA and Zimbabwe stand in the way of a Ugandan side, whose trajectory has shown an up in fortunes recently. But Mahatlane knows too well about the dangers of complacency.

He has intermittently insisted that focus and humility is key before anything. In 2021, when the Cricket Cranes travelled to Namibia, who have already qualified for the World Cup, they lost all five trial games. But when they went back in April this year, they managed to win two of the five games, a mark of progress.

This progress will be best showcased, if Uganda is able to maintain top spot in the Challenge League ‘B’. In the worst-case scenario, not dropping below second spot, before the third round is played later this year, will suffice. Yet, considering that since Mahatlane took over, he has overseen 130 trial games, is confirmation of the amount of work that has been put in at the training ground.

A number of youngsters have in the process graduated to the national team. The likes of Emmanuel Hashaya, Juma Miyagi, Simon Ssessaazi and Frank Akankwasa have not simply added to the squad depth in being new options, they have developed well enough to be counted on for runs.

Uganda can now bat up to the tail-end, a factor that has ensured there is no over-reliance on a few players, especially those in the top order like Dinesh Nakrani, Ronak Patel and Riazat Shah. Jackson Kavuma, the team manager, said this team has a lot more quality than was previously the case with a good blend of youth and experience.

“It is not only about the average number of runs each player is able to score, but even being able to choose the right shot to make, when the ball is arriving at the bat. And for the bowlers, they know exactly what is required in terms of length, direction or speed of ball, to make it hard for the opposing batter to make runs.”

Captain Brian Masaba knows that the task at hand will need everyone’s total dedication if they are to put Jersey (June 17), Hong Kong (June 20), Bermuda (June 21), Italy (June 24) and Kenya (June 26) to bed.