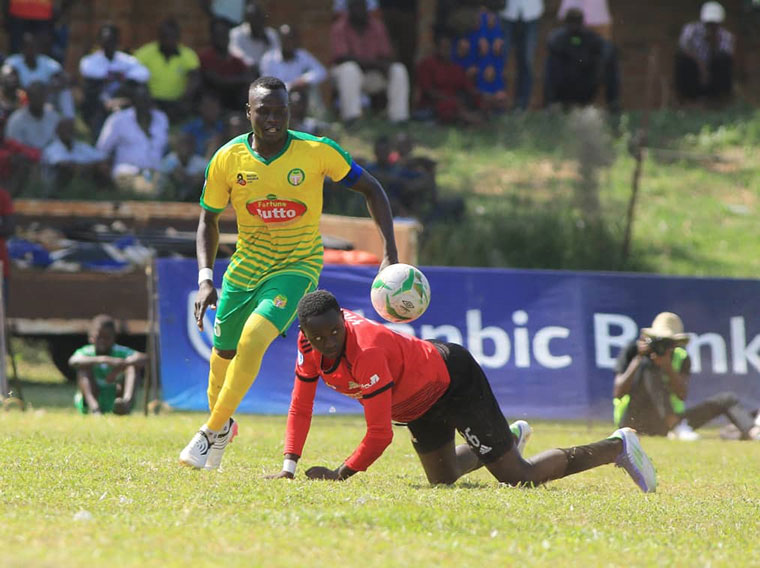 Vipers drove into Masindi town with their eyes firmly fixed on winning their first-ever League and Cup double. But as MARK NAMANYA writes, Vipers ran into a BUL FC team that was keen on rewriting their own chapter of history in the 52-year-old knockout competition.

The reason we love sport is because of the nature of its unpredictability. Its volatility is why we log in hours to glue ourselves to it for we cannot know with absolute certainty and finality what will happen even when the odds are stacked in favour of one side.

Last Sunday’s Uganda Cup final between BUL FC and Vipers was one such occasion. This time last year, Jinja-based BUL were on the wrong side of history after receiving a 1-8 trouncing from the Venoms in the most lopsided Uganda Cup final in history. BUL were as bad as Vipers were good. The difference between the two sides was more than the seven-goal difference.

Yet Alex Isabirye’s side is now on the right side of history after a stunning 3-1 victory over Uganda Premier League champions Vipers, one that exorcised the demons of that whitewash in Njeru and earned BUL their first major trophy in Ugandan football. As a coach, Isabirye achieved a treble over Vipers, having beaten the Venoms in the 2012 and 2013 finals when he was in charge of URA FC and Victoria University respectively.

The nature of sport is that there are no asterisks to trophies won or championships. Which is why history will not record that when Vipers humiliated BUL in the Uganda Cup final of 2021, Isabirye barely had a squad to present in the final.

The club had released the bulk of its squad after a season decimated by Covid-19. And at the time when the decision was passed to play the Uganda Cup to its conclusion, BUL struggled to put together a squad to finish the competition. Yet somehow, they knocked out Express in the semi-finals but were no match for a full-strength Vipers team that had just been beaten to the league by Express.

So, while Vipers were magnificent in the final, the situation at BUL did play a significant role in contributing to that humiliation. Goals rained at Njeru and a watching Isabirye couldn’t wait for the full-time whistle to see his club taken out of their misery.

When the 2021-22 season started, BUL set about to correct the wrongs of that final and the league. For Walter Ochora and Simon Peter Oketch, the two players who played in the 1-8 reverse to Vipers last year, Sunday’s victory was particularly sweet. They were the only two members to have featured in both finals and their performances were typical of individuals who wanted to erase that memory.

It helped that Isabirye had a blend of youth and experience. Karim Ndugwa, who bagged a brace, has been there and done that and his movement and predatory instinct have turned BUL into a force to reckon with. Ndugwa helped complete a BUL sweep of the awards after finishing as topscorer with nine goals in the competition.

The club, formed in 2007, are now going to represent Uganda in the Caf Confederation Cup and they are already savouring the moment. “We have earned our place there rightfully and we will sit down, plan, and strategize on how to play on the continent because we know it will be a different ball game,” the club CEO Joseph Mutaka told The Observer.

When BUL play in the Caf Confederation Cup, they will most certainly not host their games at the Kyabazinga stadium in Bugembe. That playing ground doesn’t conform to Caf standards and it is likely that their games will be staged at St Mary’s stadium in Kitende.

BUL FC are owned by BIDCO Uganda Limited, a multinational consumer goods company. Such deep pockets will hold them in good stead ahead of their continental debut next season. And having finished fourth in the Uganda Premier League this season, the club will naturally aspire to do better in the 2022-23 campaign.