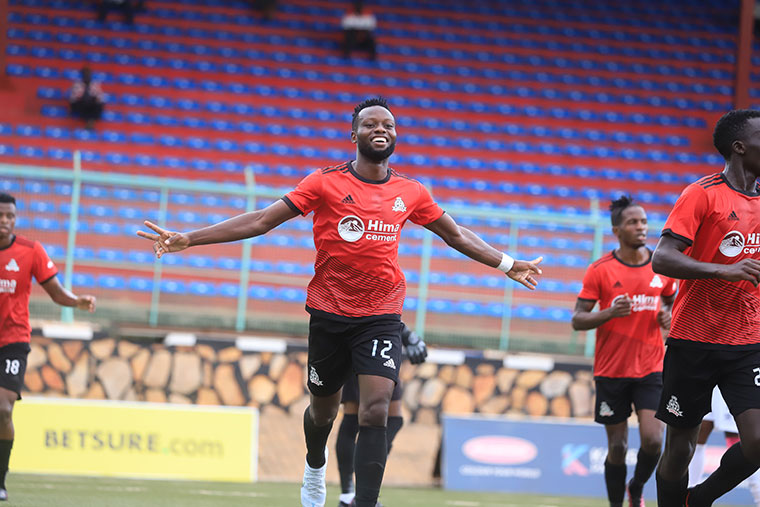 Perhaps Vipers SC could not have wished for a better occasion, to actually clinch the 2021/22 StarTimes Uganda Premier League (SUPL) title, than in a game against the league’s defending champions, Express FC.

A 3-0 win at the St Mary’s stadium in Kitende was in many ways a crushing and humiliating defeat for Express, that was by this time last year, winning the league.

The defeat to Vipers showed how far Express has fallen behind. The 42 points may just be perceived as a number. But with Vipers on 67 points, is clearly indicative of the gulf in class, and how much ground Express has to cover.

However, it is not on only Express, that the Vipers juggernaut has been dominant. On the league table standings, Vipers lead second-placed KCCA FC by 14 points. And that has not only happened in the league.

Among the last four teams to be drawn for the semi-finals in the Stanbic Uganda Cup, including Booma FC, Mbarara City FC and Bul FC, Vipers are overwhelming favourites, to complete their first-ever league and cup double.

After it became clear that the chasing pack had its chances of catching Vipers in the league title race extinguished, Marcelo Cardoso, who is the club’s assistant coach noted that their focus was turning fully to the Cup. As holders of the Cup, following their 8-1 victory over Bul FC in last year’s final, Vipers are keen to defend it.

And according to Cardoso, every remaining league game they have, is going to be used as preparation for the semi-finals. Cardoso maintained in one of the recent interviews, that keeping a winning mentality is important to complete the double.

No wonder, it was no surprise that Vipers travelled to Arua on Tuesday, and beat home side Onduparaka FC 2-0 in its own backyard. Such is the form Vipers are enjoying; the kind that has seen them winning eight league games in a row. Therefore, it would be an upset of gigantic promotions, if any of Booma, Bul or Mbarara won the Uganda Cup ahead of the UPL champions.

Meanwhile, Vipers’ commanding lead of 14 points over second-placed KCCA, is the biggest points difference for a league winner and the chasing park in the last 15 years. This has created a new dynamic in the UPL and Ugandan football at large, especially in light of why Vipers turned out to be a one-horse race.

It is not that Vipers has blown away teams with breathtaking football, but they have showcased dominance and subjugated the rest. Former Vipers coach Fred Kajoba noted that the acquisition of Brazilian coach Roberto Oliviera has set the bar high in Kitende.

Kajoba, whose Vipers side was just two points behind Express, the league winners last season, noted that Oliviera has been a seasoned campaigner in African football. And because of that, he carries loads of respect and dressing room control. This has been seen in the focused and workmanlike team he has put on the field.

In light of Oliviera’s experience, Kajoba said that gave Vipers the edge over the rest in the league; essentially having no major challenger from a technical and psychological standpoint. Maybe it all started from the conviction Oliviera had once he was appointed in August 2021.

The Brazilian coach was never hesitant to acknowledge that he will only be judged by how many trophies he wins, a message that the club supremo Lawrence Mulindwa had presented to the media, as the only deliverable the club expected from Oliviera.

Compare that to the stance of Vipers’ major opponents. Morley Byekwaso at KCCA and Sam Timbe at URA FC lacked the conviction, that it was winning or nothing in their media messages. Perhaps that showed in the tentativeness of their sides and the inconsistency after all.

Kajoba said: “Just imagine what this season would have been like if Mike Mutebi and Sam Ssimbwa were in it. Wouldn’t their players have pushed Vipers a lot more, and given Oliviera a real run for his money?” Kajoba asks a pertinent question, that raises fundamental issues in the greater scheme of things.

Yet, Tom Damulira, a football commentator said that Vipers has been so consistent, which made the difference. But then, can Vipers boast of consistency, when they failed to beat UPDF FC in Bombo and were only saved by a boardroom decision, to take all three points from Tooro United, after they lost 0-1 on the field at the Buhinga stadium?

Damulira said that those are some of the dynamics, that have determined Vipers’ success. While it was not plain sailing for Vipers, they have also been lucky in some instances, which more often than not has a way of balancing itself out. A case in point, KCCA dropped two points against Onduparaka FC in a one-all draw in Bombo.

This was a game that was replayed. Yet, going by the rules, it should never have been the case since Onduparaka led to the abandonment of the initial tie in Arua, when they refused the referee’s call of a penalty against them in added time.

In addition, what are the chances, that a team can have two legitimate goals chalked off as a result of bad refereeing calls? Well, KCCA experienced that in their first-round 0-1 loss to URA in Ndejje. That said, as Damulira pointed out, KCCA lacked the required consistency of a champion.

On a number of occasions in the second round, when KCCA had a chance to close the gap on Vipers, they failed to capitalize. They had so many draws against much lesser teams like Police, SC Villa, Mbarara City and Arua Hill. This set them aback tremendously.

Bright Stars’ technical director Ian Mutenda believes that the stability in the Vipers squad worked like magic for them. The biggest chunk of Vipers' players have been in the team for at least three seasons. Compare that to KCCA, who signed so many players before this season started, which meant that they needed time to bed in and get cohesion.

Vipers did not struggle much with that. On top of that, Mutenda said: “They have quality depth in their side. Almost three good players in every position.”

In addition to that, while Vipers were without players like David Bagole, Ibrahim Orit, Bashir Asiku, Paul Willa, Lawrence Tezikya and Aziz Kayondo, they went doing the business.

And with Cesar Manzoki, Yunus Ssentamu and Milton Karisa in relatively good form all season, they dwarfed the rest. No wonder Vipers is heads and shoulders above the rest in terms of goals scored this season. The Vipers midfield of Bobosi Byaruhanga and Siraje Ssentamu proved to be more consistent than say Ashraf Mugume and Gift Ali at KCCA, who at times used defenders Dennis Iguma and Hassan Jurua there.

There has probably not been a captain benched and substituted more times this season than URA’s Shafik Kagimu. Add his fellow midfielder Saidi Kyeyune, who has also been off colour, and the poor season of URA is summed up.

Notably, it is important to note that Vipers was the only team that played the same way from start to finish. The fact that Oliviera’s line-ups rarely changed, and at the same time, his approach play was constant, Vipers maintained their pressing game ever, and were quick in transition, whenever they won back possession. That allowed them to quickly get into the opponent’s penalty area, to score.

Make no mistake, Vipers were not a largely tiki-taka team; far from it. But an efficient transition team. And this was not by accident. Oliviera and his assistant Cardoso realized that most of the stadia in Uganda would not favour a possession-based game. And therefore, had to come up with a method that worked under the circumstances.

At KCCA on the other hand, Byekwaso changed his line-ups often, as he did the formations. In the end, the KCCA players struggled to adapt to a specific execution plan. Often, one would see players that have cut it out in their careers as wingers, say Brian Majwega, Erias Ssekisambu and Rogers Mato being played narrow instead of being wide enough.

When KCCA were dominant a few seasons ago, it was rare that their formation or approach play changed from one game to another. But that was the daily order under Byekwaso. And that disoriented many players, who felt troubled by the fact, that they had no specific strategy in terms of approach. This played straight into the hands of Vipers.

In the same way, events at Wankulukuku could not have been kinder to Vipers’ cause. Wasswa Bbosa appears to have made it difficult for the team to prosper again, considering his endless fights with his CEO Isaac Mwesigwa. Bbosa accused Mwesigwa of sabotaging him right from match-day one.

This set off Express to a poor start, they never fully recovered from. The Bbosa effect appeared to affect the attitude of some of Express’ key players, as they started becoming irregular too. In the end, they were all not pulling in the same direction, and the results were bad as the table shows.

Some observers feel that the league has so many inexperienced young coaches, to ably compete. Instead, their focus is on survival. While that may not be the case for the likes of Abdallah Mubiru, the former Police FC coach, that made the cops competitive over the last few seasons, the delayed payment of players there, has affected performance.

For what it is worth, Vipers visit the Fufa technical centre in Njeru this weekend, to face SC Villa on match-day 27. And they have a chance to even stretch their league further. But the biggest points gap between the top side and the chasing pack in the last 15 years, was eight points.

Last season, Express won with 58 points against URA’s 57 points despite the fact that there were four matches remaining for either team. So, for Vipers to have a 14 point gap over its nearest rival is such a damning indictment. Either Vipers are just too strong, or the rest of the league has been poor!