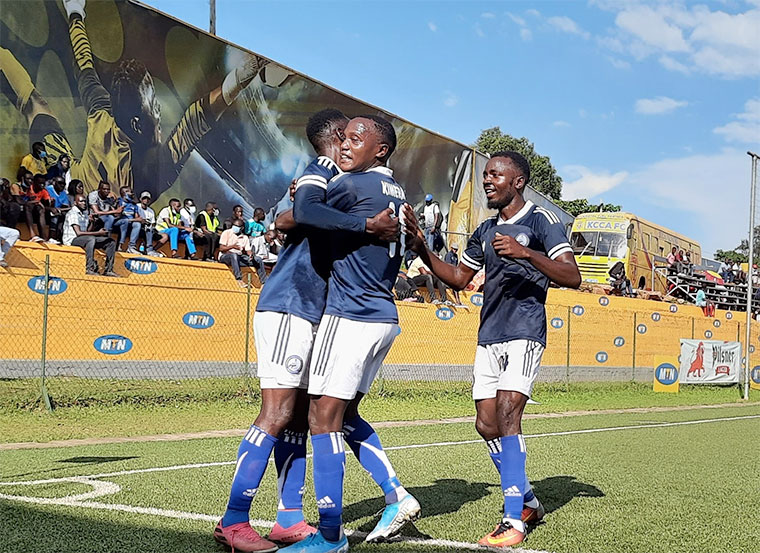 Following his recent team’s 5-0 hammering of Bright Stars, Police FC coach Abdallah Mubiru is a relieved man. Mubiru told The Observer in a recent interview that his side were literally back from the dead!

This was Police FC’s third successive win, following a troubled start to the 2021/22 season in which they registered seven losses and three draws in the first 10 games. By then, Police was at the bottom of the log.

Yet, now, with 12 points, Police are five points above the relegation zone, and suddenly, the 2005 League champions are looking alive again.

“I have never thought that we could get relegated. Even if we were still bottom of the table at this point, I am confident we would have enough, to climb out of the relegation zone during the second round,” Mubiru said.

Mubiru’s side who faced fellow forces UPDF FC yesterday in Bombo, conclude their first-round this Sunday, January 9 in Lugogo against Arua Hill. By the time Arua Hill played Vipers SC last evening, they were on 21 points, nine ahead of Police. Yet, with Police now looking like their old selves again, it is hard to bet against a win for them.

Last season, Police finished sixth on the log, 18 points behind champions, Express. But they were the third-highest goalscorers with 50 goals, just six behind KCCA FC and Vipers SC. In fact, for a big part of the first round then, they sat top of the log, after four wins in their first five games.

This was owed largely to the tantalizing attacking football they played, which is why they were difficult proposition for any team in the league. Beautiful football has been their forte for the last three seasons, although they have always had that streak of bad results, when they appeared to be in imperious form.

The problem has been that players have gone months on end without pay. This has disoriented them. And in the process, lost some of their key players every season, forcing Mubiru to re-build over again every season. Cranes forward Ben Ocen, Police’s top-scorer last season with 11 goals left.

Also, goalkeeper Derrick Ochan and defender Henry Katongole left. Other top players like forward Johnson Odongo and defender Muhamood Hassan are out, injured. But it is reported that their extended stay on the sidelines has a lot to do with the lack of timely treatment.

That is because resources have not come in, when required. However, Mubiru refused to comment about his side’s financial struggles, even though it is clear the situation has frustrated him.

One wonders, however, how he will pay the Shs 1.5m penalty meted out on him by Fufa for insulting match officials recently. In his defence, Mubiru said he got emotional over the fact that some match officials were officiating his team badly.