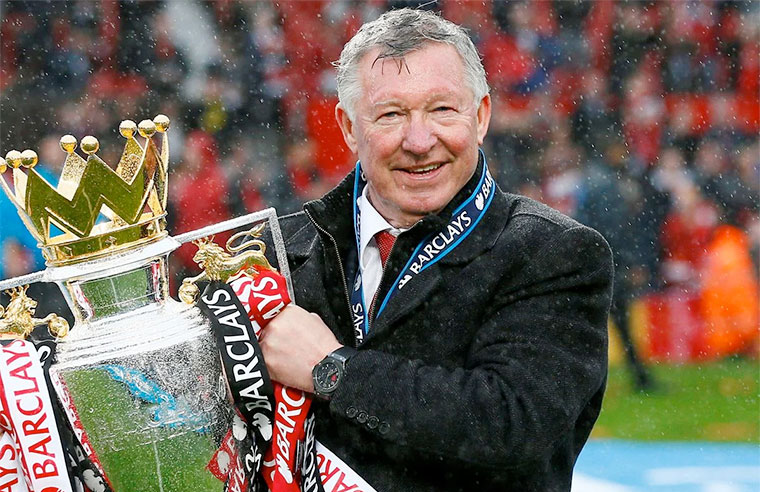 Right from the onset, allow me to categorically state that I am a Chelsea fan and follower.

One who has been an ardent die-hard of the Blues from the dark past of the 80s. This was long before Ugandans could be braced with the weekly entertainment of the PFL on their screens.

Sir Alex Ferguson celebrated his 80th birthday on December 31, 2021. Even then, I don’t see an end in sight to his reign as the most successful manager not only at Manchester United or in United Kingdom, but in the in entire world football.

This is evident in his 49 trophies, bagged while at Manchester, seen as the biggest haul of any top flight boss in England. In fact, his 13 Premier League titles put him clear of Arsene Wenger, Jose Mourinho and Pep Guardiola all put together! And of course, no one has managed to emulate his 1999 Champions League, Premier League and FA Cup treble.

Through these trophies, he touched countless lives from far and wide. These lives range from his players, fellow coaching staff, the cooking staff and communities around Manchester.

The most touching and strikingly unique of the lives touched by Sir Alex Ferguson, to me, is the lifesaving letter to a one Bjorn Jacadori from the Falkland Islands. It all started fourteen years ago (2008) when Andrew Byekwaso commonly known as AB was serving the British Army in several capacities in the Falkland Islands.

Young Bjorn then, who was under the tutorship of AB, was completely down and under and on the verge of committing suicide due to the harsh conditions life had handed him. AB and Bjorn shared one passion – the immense love for Manchester United FC.

Occasionally they would meet and enjoy what bonded them most in the first place, football. Fast forward, AB wracked his brains on how he could help save this young man’s life.

“In desperation, I decided to write to Sir Alex Ferguson as a last-ditch effort to ask this boy to hang in there!” AB narrated to me. Back then, mail was so slow but AB wrote an email to Fergie [Snail mail in those days] asking for some kind of special intervention. It did not take long before the legendary boss responded. The response time and letter (duly signed by Sir Alex Ferguson) shocked the Falkland islands.

“I was pleasantly surprised to receive a letter of motivation signed by Sir Alex himself!” exclaimed AB.

This was true testimony of the ‘impeccable attention to detail’ of the man at the helm of Manchester United then. This letter saved Bjorn’s life.

“Receiving an autographed letter from the man I only admired on TV, now responding to me in person and telling me not to give up changed my thinking.” Bjorn wrote.

Bjorn is now an adult settled in life and a mechanic by profession. AB and Bjorn are looking forward to a time they will be able to share a hearty ‘THANK YOU FERGIE’ in person.

“Fergie @ 80 comes once in a lifetime. It is one such perfect moment I have been longing for, a face-to-face moment of appreciating this man of God while he is still alive” narrated Bjorn.

“The calendar,” Sir Alex once said, “doesn’t dictate how alert or vigorous a person is.”

This is the same man who, within weeks of his brain haemorrhage in 2018, assuaged therapists’ concerns over his mental acuity by identifying almost all his former players. I think he would remember writing this letter.

The writer is a sports-for-conservation enthusiast.