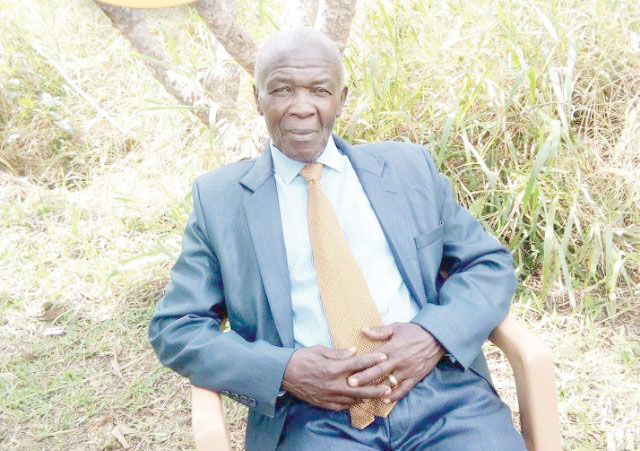 Yet for some reason, he remains on the fringes. Samuel Baker Kasigwa, 88, is the only surviving football player of the first Uganda Cranes side that toured the United Kingdom back in 1956. That Cranes side is famed for playing barefooted.

Unfortunately, Kasigwa is bedridden after suffering a stroke. Doctors at Hoima hospital diagnosed him with hypertension. He is currently bedridden at his late son’s home at Biina, Butabika parish along Lower Church road opposite the area mosque.
He needs help to seek treatment.

The Kasigwa I knew was talkative and ready to discuss football matters but this time, he had difficulty in talking. I used to talk to Kasigwa on phone from Masindi and reminisce the good old days. Kasigwa was never afraid to speak his mind, even if what he said wasn’t particularly favoured.

Kasigwa was born to Ibrahim Zakibuga of Kisarizi, about 14 miles from Masindi town. Unfortunately, his father passed on before he was born. He was brought up by his mother Mary Nyakahuma who named him Kasigwa (means an orphan in Runyoro).

In an era when football was still spreading countrywide, Kasigwa was one of the youths who embraced the sport right from primary level, where he excelled as a forward. However, it was when he moved to Duhaga SS and Masindi Technical Institute that he took the game seriously.

He would later graduate into a highly-sought-after right winger and his exceptional skills saw him feature in the district team where he excelled and he was later picked to represent his province, the Western, in the inaugural Inter-Aspro cup in 1952 in Kampala.

He exploited the tournament fully and was selected in the Uganda national team which featured in the Gossage Cup where he excelled and became the national team mainstay.

The highlight of Kasigwa’s football career was the England tour in August 1956, where the barefooted Cranes played ten friendly games. It was the best thing to have happened to the life of any Cranes player at the time.

Kasigwa was part of the Cranes side at the 1962 Africa Cup of Nations in Ethiopia and established himself as the best right winger. His combination with Jimmy Sewava, Edward Semambo, John Bunyenyezi and Kong Odong was a joy to watch.

During a chat with me in 2011, the late Jimmy Bakyayita Semugabi described Kasigwa as “A little man with a big heart, his spirit and maneuvers in spearheading football attacks, he was full of heart and he was really an inspiration to some of us who played with him.”

By 1963, Kasigwa was in the evening of his career and retired from the national team though he remained active in club football which took him to clubs like Railways, Mutungo, Nsambya and Bitumastic. But perhaps of them all, Pepsi-Cola was the club he paved to fame and climaxing with the 1961 Luwangula Cup (now Uganda Cup) title at Wankulukuku stadium after defeating Kako E.A Flats.

After his playing career, Kasigwa got a job at Lint Marketing Board and turned to coaching; taking over Lint FC. He also coached Pepsi-Cola FC and Uganda Commercial Bank (UCB FC).

In early 1970s, Kasigwa fell out with his bosses at UCB and quit coaching. He returned to his native village in Kigaya, Kisarizi where he has stayed all these years.