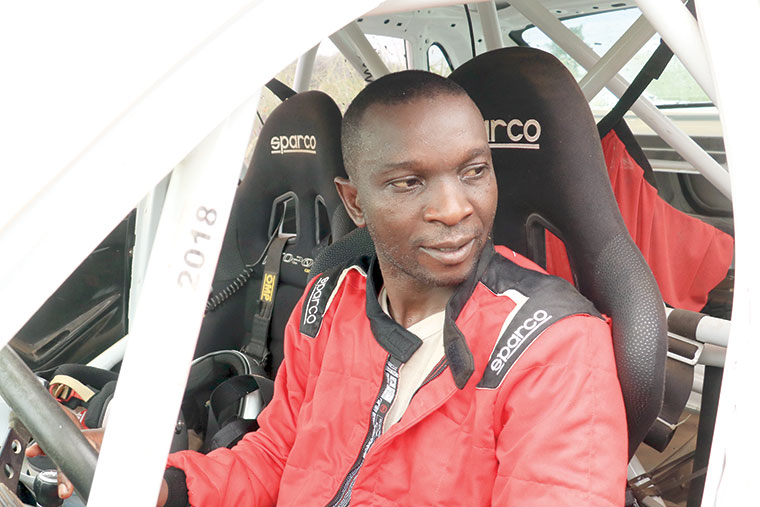 This weekend’s National Rally Championship (NRC) event in Jinja is more significant to Duncan ‘Kikankane’ Mubiru, who could win his first-ever national crown, if he finishes on the podium.

The MOSAC-organised event, curiously dubbed the ‘Sexy Speed Rally’, is the last round of the 2020/21 rally season.

Mubiru has been on the rally scene for the last ten years. And despite all the experience he has garnered over the years, finally, he is set to pick up some silverware. Mubiru told The Observer that it has been an interesting season for him: “But the new car I acquired, the Subaru GVB, has given me the push to the top.”

The Subaru GVB is such a powerful car compared to the Mitsubishi N12 that Mubiru had previously. And it shows in the pricing. It costs Shs 132 million.

Mubiru said the power of this car has gone a long way in putting him at a greater level than he had performed at previously. Therefore, Mubiru goes into this weekend’s event in Jinja buoyed and full of confidence.

“I believe I will win this weekend, particularly because my car is in great condition, and I have prepared well.”

Interestingly, Mubiru is not the kind to be carried away in excitement. One would expect him to be excited about the prospect of becoming champion for the first time, yet, he remains indifferent.

When asked about that lack of emotion at this time, Mubiru said that was him. He is just focusing on the job ahead, and getting it done is all that is on his mind at the moment.

Mubiru, who has over the years won some sprints and the lesser Club-man championship, which is the second tier of rallying in the country, has dominated this season’s rally championship.

Mubiru won the Mbarara rally, the SMC rally and was second in the other two, which have thus far been his worst finishes this season.

This is a pointer at how consistent he has been, and will only need to finish fifth in the worst-case scenario, but still be crowned champion. With a fifth-place finish, Mubiru, who is on 350 points, would add 60 points, which would put him on 410 points.

Notably, the fact that Mubiru has had Suzan Muwonge, a two-time rally champion, as one of his managers and advisers, has coincided with his good performance this season. And unless otherwise, Mubiru is already champion-elect.

Meanwhile, the Jinja rally is going to cover 150 kilometres of competitive sections. This six-stage event is not only expected to live up to its curious tagline of ‘Sexy rally’, because of the fascination that is in its name. But treat the fans in the viewing sections to a fine crowning ceremony of this rally calendar year.