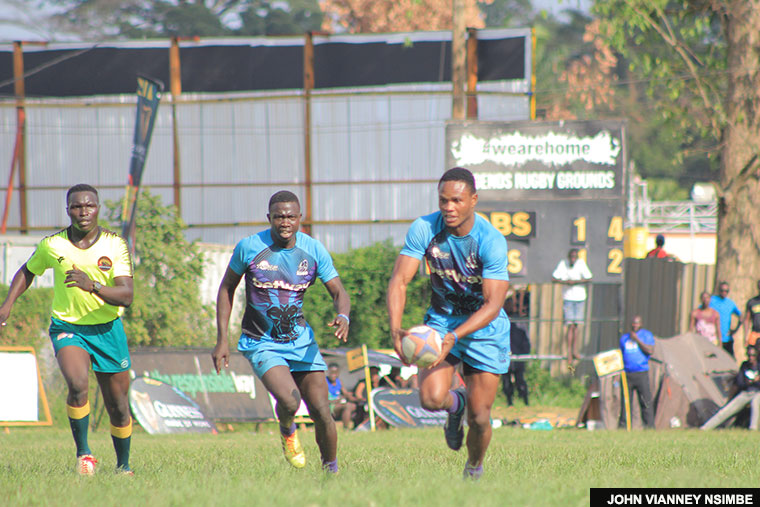 Kobs’ Adrian Kasiito will be one of the players in contention for the Most Valuable Player award when the curtain comes down on the Uganda Rugby Union’s Guinness 7s league this weekend.

The sixth and final 7s rugby circuit, will be held at Legends rugby club, Lugogo between November 27 and 28. Yet, more than any individual award, Kasiito hopes that his club can win the trophy. Kasiito’s stellar 7s campaign in which he has scored 26 tries, a total of 130 points, embodies the earlier form of Kobs.

They won the first three circuits: The Mileke, Soroti and Gulu ones. But lost the last two in Kabale and Bweyogerere. So, with the momentum shifting to Pirates now, there is a sense that maybe Kobs is losing a championship they had seemed to wrap up recently.

But Kasiito is not about to carry any negative thoughts: “We go into this weekend believing that we are going to win. We have had a few problems with injuries in the last two circuits, which disorganized us.”

Kasiito missed the circuit in Kabale about a physical concern on his body. But he is now raring to go. And so is everyone else, with the 7s championship at stake. Yet even if there is any laxity in the Kobs camp, Kasiito is one such player, that can change the vibe.

He is a fearless character, who wears his heart on his sleeve. Perhaps it is the unwavering spirit of Kasiito, that Kobs need to keep the 7s title they won in 2019 out of the Pirates' clutches. In fact, on some occasions in the past, Kasiito has suffered a broken arm to help Kobs win.

In October 2019, Kasiito celebrated Kob’s Uganda Cup final win over Heathens with his arm in a sling and bandage. Despite the pain he had, it all appeared worth it. Such is Kasiito - a true warrior; and how badly Kobs need that mindset this weekend.

However, Kasiito acknowledges that Pirates, their main challengers are a tough prospect. And their recent fightback spirit, when the chips were down for them, is proof. Against that, Bobby Musinguzi, Pirates’ coach said: “We have reduced our errors and executed our game plays well. We have done well defensively and optimized our line breaks. That makes us upbeat going into the final round this weekend.”

Favourites Kobs have 102 circuit points going into the final round. Yet, if they slipped up in the semi-finals like they did in the Rujumba circuit, Kobs would only get to 119 circuit points. For Pirates, who are on 99 circuit points, only a win can enable them win the title with 121 circuit points.

Incidentally, Kobs can still win the title, even if they finish third, in case Pirates lose the final. It is that dicey. Notably, if the two sides make the final and Pirates win, they will be tied on 121 circuit points. Robert Bwali, the tournament director told The Observer that in case that happened, points difference from penalties, conversions and tries scored will come into play.

If it is a tie there too, the tries scored by each team will be the tie-breaker. And if all that fails, Bwali said, the trophy can be shared, as is provided for in the rules of the tournament.