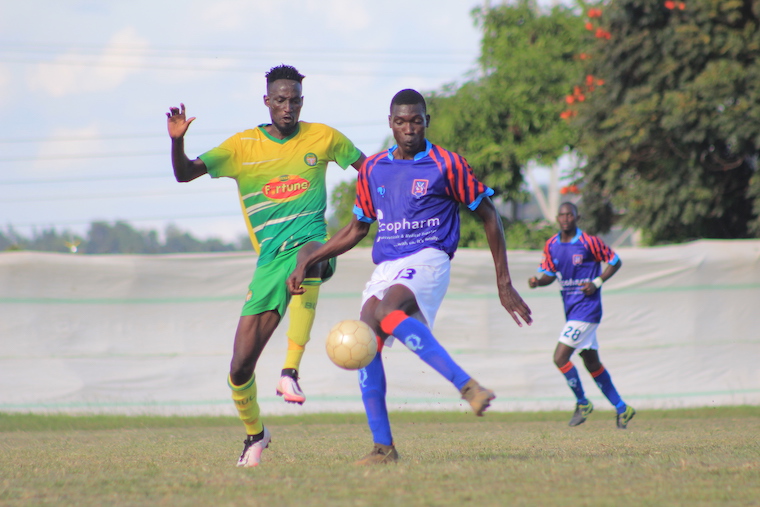 SC Villa coach Petros Koukouras was happy about the way his side played against Express FC last weekend at Wankulukuku stadium in the Uganda Premier League.

Although Koukouras’ young side were clear underdogs, they surprised Express by dominating possession. However, as Villa take on Bul FC this afternoon at the Fufa Technical Centre, Njeru, Koukouras has urged his team to be more efficient in front of goal.

"We cannot just be about playing an entertaining game without being able to score goals. Scoring goals gives you a good platform to win games, and we know that,” Koukouras said.

Villa has scored only two goals in three league games so far. Yet, for a club of their stature, record 16-time champions, that success has been attributed to being a high scoring side, something they must improve going forward. Besides, in order to climb up the table, scoring will be of the essence for Villa.

Notably, last season, Villa only scored 29 goals in 27 games. That was just an average of a goal per match; not the kind of return fitting for the club’s ambitions. Yet, this has not been for the lack of trying. Koukouras has for a while now been concerned by the fact that they create many scoring chances, but they have been guilty of fluffing their lines.

Against Express, while the Jogoos shade it in ball possession, they did not test goalkeeper Joel Mutakubwa much. Save for Iddi Abdulwahid’s attempt in the first half, which Mutakubwa saved with his feet, by and large, the Express defence was not stretched enough.

In addition, Villa’s players rarely tried to shoot on goal either, to force the goalkeeper into any serious saves intermittently. Koukouras has been insisting on the fact that his charges must take advantage of their strengths to subdue opponents. Since Villa players are widely short in height, then firing in crosses may not be the easiest way to score goals.

Instead, keeping the ball on the deck and passing it quickly with good movement appears to be the best strategic approach the Villa players must embrace if they are to get behind enemy lines. That is what is needed, to create opportunities to score goals.

However, although the scoring pressure is placed on the shoulders of strikers largely, Villa’s attacking midfielders will be required to offer more support to the frontmen. Beyond simply improving their creativity, they too will need to chip in with goals, to make Villa more formidable as a team.

Midfielder Travis Mutyaba was easily the highlight for Villa in the derby. No wonder, he was voted Man-of-the-match. His runs with the ball, and ability to dribble past his markers, and also try to send through defence splitting passes, was remarkable.

One can bet on Mutyaba and Villa at large to have a field day in Njeru against Bul, where the astro-turf playing surface enables the ball move fast and unhindered to the set target. With good off the ball movement, Villa should be able to create a few more scoring chances than has been the case in their previous three games.

But that will not be easy. In Bul, the Jogoos face a side that is strong, and with more experienced players. Bul’s coach Alex Isabirye has a wide knowledge of what it takes to survive in the UPL. That is backed by how he built his team. Bringing in goalkeeper Saidi Keni, formerly of Villa and striker Ibrahim Nsimbe, whom they acquired from Myda FC at the end of last season, following a haul of 10 league goals.

Villa’s forward Isaac Ogwang was expected to be one of the club’s main source of goals. But he has struggled thus far. Yet, if Villa is to become more potent, Ogwang has to up his game from the mere two goals he scored for Villa last season. The same will apply to attacking midfielder Salim Abdallah.

On the other hand, the clash between Villa and Bul should be quite competitive. Last season, the two side’s second round game in Bombo ended 1-1. Yet, considering that Bul are fifth on the league table, after five games with seven goals and conceded four, is indicative of how Villa will have their work cut out.

In forward Joseph Ssemujju, striker Musa Esenu and creative midfielder Martin Aprem, Bul has threats widespread across the field. Bul are enjoying a purple patch. Last weekend, they bounced back from two goals down against URA FC, to draw the game 2-2 in Ndejje. Esenu and Ssemujju scored Bul’s goals.

Yet, before that, Bul had beaten Police FC 2-1, Mbarara City 1-0 and travelled away to Arua and beat Onduparaka 2-0 in its own backyard. That is a statement of intent and resolve from Isabirye’s charges, something Villa must be aware of.

In the other league game on Tuesday, November 23, URA FC will host beleaguered Tooro United, who were beaten 3-0 by Wakiso Giants last weekend. This clash will be at the Arena of Visions in Ndejje.