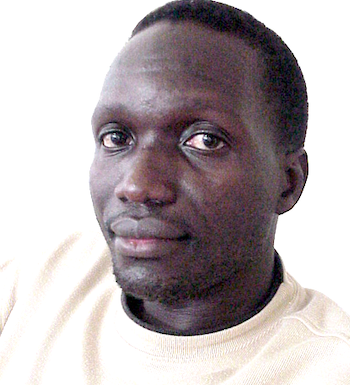 November 12 marked exactly 16 years since Ogen John Kevin Aliro, one of the most influential figures in Uganda journalism and football history, died.

Aliro remains a hot topic when discussing football matters; his name comes up in conversations when comparing the greatest football administrators in history and many still believe that Ugandan football would be much better if his principled approach was followed.

In a special tribute, this is a slightly abridged version of his profile I did in 2013. A powerful writer, editor, mentor as well as media entrepreneur all rolled into one, Aliro is an inspiration to the media industry and greatly shaped the current trends in the print media.

Behind the scenes, however, Aliro was a football fanatic who endured sleepless nights to see his beloved SC Villa succeed. Aliro dedicated his life, time and money to the Jogoos.

He did whatever it took for the sake of the club and played an integral role in the club’s dominant era from 1994-2005, a period in which Villa won 13 major titles.

Aliro was principled, honest, plain-speaking and more so a courageous journalist. He hated sloppiness and though he had a hot temper, he was approachable, generous and, most of all, incorruptible. He regularly helped footballers financially irrespective of their club affiliation. So versatile he was hard to understand his real role at Villa Park.

I met Aliro in 1989 while we both worked at Weekly Topic. I greatly admired him for his good writings and his good heart. He was always ready to offer assistance and I remained close to him till his demise in 2005.

On a personal level, Aliro was as humble as they come and it took someone close to him to understand who he was. As a scribe, Aliro rubbed several football administrators the wrong way with his well-researched articles.

Yet somehow, his views were widely embraced by the very people he stepped on. Aliro was so open in his dealings that a few people found it uncomfortable to be around him.

If he didn’t like something, everyone would know and kept his word. If he said no, it was no and there was no way anyone change it. By 1991, Aliro had made his way into the club hierarchy and was voted treasurer of the Villa fans club.

Aliro teamed up with other energetic fans such as Hajji Juma Nkambwe, Hajji Siraje Mbuga and Hajati Rukia Sanyu Kasoga to form a formidable fans club. On many occasions, the fans put the top executive on task to explain issues affecting the club.

For example, when SC Villa withdrew from the Africa Club Championship in September 1993, Aliro and company summoned club boss Patrick Kawooya and demanded to know why they were not consulted before withdrawing the team.

They also questioned the club’s handling of funds. Kawooya was the club’s alpha and omega and was feared even by members of his executive yet he reluctantly obliged to meet the fans.

Still, Kawooya dismissed the fans’ influence but with time, they piled more pressure on him to step aside, culminating in the December 19, 1993, general meeting that elected Franco Mugabe as leader.

On Mugabe’s 29-man executive, he included the then 29-year-old Aliro and gave him the powerful office of the club’s organising secretary. Aliro never looked back. He represented the club on many fronts such as the Super Division Club Association (SDCA).

By nature, Aliro was a fighter who feared no one irrespective of stature and on many occasions, the club picked him to lead sensitive assignments such as the players' transfer exercise.

Rarely did the club lose a case when Aliro was involved. Fufa too appointed him on several committees and was secretary of the Uganda Cranes Fundraising Management committee in 1998.

Aliro was everywhere and it was difficult to know his right position at Villa. He could be seen acting as team manager, sometimes representing Mugabe in high-profile meetings or leading the club to international engagements.

That said, his biggest admirers were the footballers, who frequented his office for financial assistance. His love for football had no boundaries and saw him form Monitor FC, which he used to singlehandedly finance.

Aliro never hid his strong belief that a football club belongs to fans, and not a few loaded individuals yet that was put to a stern test in 2001 when a polarising challenge arose.

A section of Villa fans decided not to pay at the gates and the club management tasked Aliro and his protégé Charles Sebugwawo to control the gates. The move yielded instant results and Villa strengthened its stranglehold as the highest grossing club in the country.

The challenge came in 2004 when some Villa fans stormed through the Namboole stadium gates to watch a league match against Iganga for free. They also insulted Aliro and Omar Mandela, a key club figure.

Incensed, the latter quit the executive but Aliro remained unshaken. “I can’t resign because if I quit, we shall be defeated by these hooligans,” said Aliro, who at the time was managing director of The Observer.

Unfortunately, just when Aliro had stepped up his involvement at the club, his health deteriorated in 2005. His last foreign assignment was Villa’s Caf Champions League trip to Al-Alhy and on November 12, 2005; he passed on at Kampala International hospital aged 41.