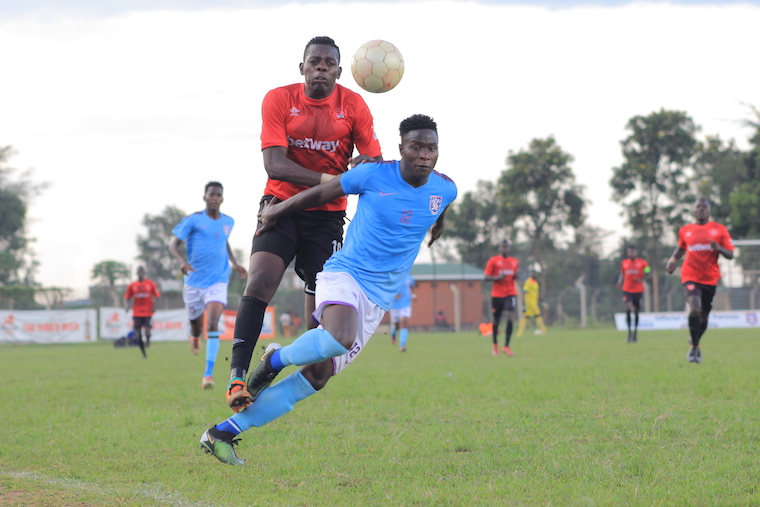 Soon after SC Villa lost 1-3 to Wakiso Giants in their second Uganda Premier League game earlier this month at the Kavumba Recreation Grounds in Wakiso on November 3, there was a sense that the Jogoos had to move on fast from that defeat.

Their next game was not until November 20. For Villa’s coach Petros Koukouras, reality had set in, that there was a lot of work to do on the training ground if his charges were to improve from that embarrassing defeat. They had looked quite lethargic defensively.

Yet, when asked about how he would use the 17 days to galvanize his team, before their next league game, Koukouras said: “A lot. We have to work hard, to iron out our mistakes and be ready for our next opponent. And it does not get any easier. It is Express FC”, Koukouras said with a sheepish smile.

In no uncertain terms, Koukouras’ smile suggested the enormity of the challenge that lay ahead for his team, after the international break. And with the fixture clearly upon us, one cannot help wondering whether this Villa side stands a chance against Express at Wankulukuku.

In an interview with Koukouras on the eve of this prized encounter this afternoon, the Greek coach acknowledged that Express is a very experienced and athletic team. Indeed, compared to his team, it is probably a case of chalk and cheese.

Koukouras added that Express were well organized in their defence, and have quality players in their attack. And in light of that, Koukouras emphasized the need for his team to raise their game in order to match Express if they are to take anything from the game.

Although Express, who are the league defending champions started the season badly, losing to newly promoted Arua Hills 0-2 at home, before a 10-man UPDF FC edged them 1-0, the Red Eagles have since bounced back.

Express drew 2-2 with Vipers SC soon after beating Bul FC 1-0 in Bugembe. They also beat Police FC 2-1 with a last minute strike in Lugogo. Essentially, Express face Villa having gained some sort of momentum, which has seen them record seven points in their last three games.

Although Villa is not in dire-straits, seeing that they have registered three points from a potential six, the crux of the matter, is that Express poses a totally different challenge in terms of quality and experience. While Express boasts of players, that have played in the top flight league for at least the last seven seasons largely, Villa is dominated by many upstarts, playing at this stage for the first time.

In defender Murushid Jjuuko, Express not only have a multi league champion, he has featured at two Africa Cup of Nations tournaments. Add the likes of midfielders Abel Eturude, Martin Kizza, Mahad Kakooza and defender Issa Lumu, and one has a complete list of players, that almost guided Villa to league success in the 2017/2018 season.

In fact, they came within a couple of points to edge out Vipers SC then. In addition, while Villa boasts of youth exuberance, they lack the cutting edge and ruthlessness needed at the top level. Going past that Express defence will be difficult, particularly because the Villa players are quite small and lack the physicality needed for such a top-level game.

Maybe the possible absence in defence of Express captain Enoch Walusimbi and left-back Arthur Kiggundu could provide some openings for the youthful Villa side, the lack of size in their own defence, should have the Express attackers licking their lips.

And considering how the likes of striker Eric Kambale (second league top-scorer last season with 15 goals) recently troubled a more experienced Vipers SC defence, then one should shudder at the thought of the Villa youthful defence of Gavin Kizito, Kenneth Semakula and Joseph Kafumbe will be able to cope with Charles Musiige, Kizza and George Ssenkaaba running at them.

Express coach Wasswa Bbosa was girded in his assessment of Villa. He insisted that this being a derby, Villa are always going to be a dangerous prospect. But it is hard to see how a midfield of Nicholas Kasozi, Eturude and Kakooza of Express can be outwitted and out-muscled by Villa’s trio of Amir Kakomo, Salim Abdallah and Umar Lutalo (Ali Bayo).

Koukouras said: “The challenge we have in this game, is how we can cope with Express’ physical approach. We have young players, and most of them are not so tall. We have to learn how to deal with it and use it to our advantage.”

As many may have noticed, when Wakiso Giants put three past Villa, Express will look to exploit that by pumping in crosses to Kambale and Kizza, who are both dangerous in the air.

Expect Express to exploit the opportunity set-pieces provide. Yet, also, the general sense of leadership in the team cannot be overlooked. Inevitably, Villa should have its moments in the game, when they make Express chase shadows. Villa’s youngsters are good at the possession and move kind of football.

Their undoing is not being clinical enough, to kill off teams, coach Koukouras said as much, after their first games, including Police FC. Last season, Villa’s top-scorer, was attacking midfielder Nicholas Kabonge with five goals. But he has not played much so far. Instead, Isaac Ogwang, scorer of two league goals last season, leads the line to little effect.

Clearly, Villa goes into their game with Express as clear underdogs. They do not seem to have enough quality to stop the Express juggernaut, as they tried to last season. Express edged Villa 1-0 last season at Wankulukuku, courtesy of a former Villa striker’s strike, Ssenkaaba. The return leg in Bombo ended goalless.

But that was by far a more formidable and experienced Villa side with the likes of Asuman Harishe, Derrick Ndahiro, Emmanuel Wasswa and Geofrey Wasswa, who left the club. The season before, Villa lost Bashir Mutanda, Emma Kalyowa, David Owori and Ambrose Kirya. These players provided the bedrock on which the team had been built.

And since their departure, Villa has looked a shadow of itself. Otherwise, with the same team from two seasons ago, when Villa did the double on Express, following a Kirya headed goal in a 1-0 win at Wankulukuku, before Emmanuel Wasswa inspired another 1-0 win in Bombo during the second round, this time, the meeting between Express and Villa is so lopsided, pitting one very likely winner- Express!