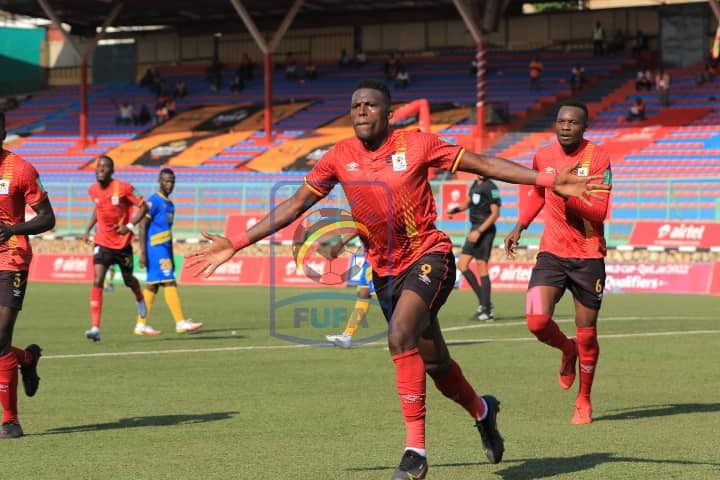 Uganda Cranes has completed a double victory over Amavubi Stars of Rwanda with another 1-0 triumph in the return leg of the FIFA Qatar 2022 World Cup qualifiers at St Mary’s Stadium in Kitende.

Fayo Bayo’s first-half goal was enough to help the hosts secure a well-deserved victory against Rwanda in their bid to qualify for their first-ever FIFA World Cup. In the game witnessed by a handful of fans because of the COVID-19 restrictions, the two sides started the tie on a low pace without much threat to either side.

Towards the 24th minute, Bayo put Uganda in the lead with a free header resulting from Isaac Muleme's well-taken corner. Before, the end of halftime, Moses Waiswa missed two chances while Bayo missed another header.

In the second half, Rwanda tried searching for an equalizer with threats from experienced forward Meddie Kagere and captain Jacques Tuyisenge. However, their efforts were not enough to produce a goal. Uganda entered the clash in search of the second triumph over Amavubi after completing an away 1-0 victory in Kigali three days back.

The victory pushes Uganda to eight points below Mali, which has ten points. Mali presents a big threat to Uganda’s chances of advancing to the next level after completing their double victory over Kenya. Currently, Mali is leading with ten points, Uganda is second with eight, and Kenya is third with two points while Rwanda is last with only one point.

According to the tournament format, the team that finishes on top of the group will advance to the third round. On this round, ten teams that top all their respective groups will be drawn into five home-and-away ties. The winners of each fixture will advance to the 2022 FIFA World Cup in Qatar.

Milutin Sredejevic 'Micho', the head coach of the Uganda Cranes, said that he is happy his side won the game. He said they would now embark on preparing for their next game against Kenya that will be played on home ground.

Vincent Mashami, the Head coach of Amavubi stars, said his players lacked concentration and conceded a goal, which he believes could have been avoided.