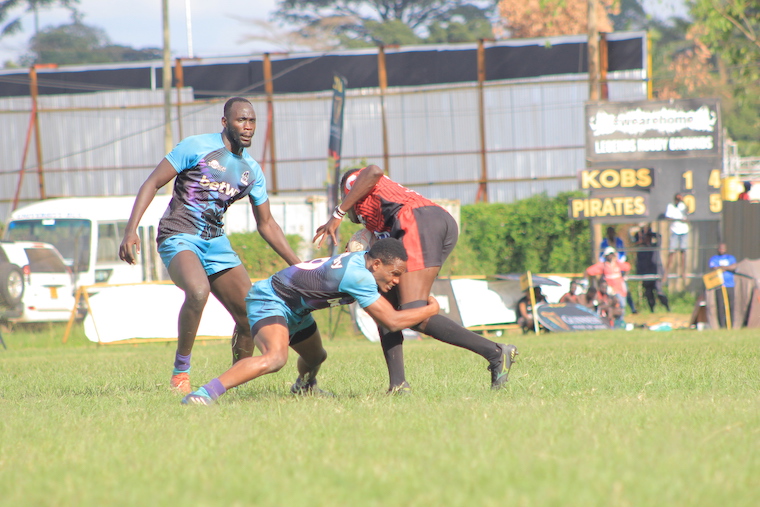 There was a vivid excitement among the rugby fraternity especially the players, when it was announced on September 30, that the national rugby 7s season would resume.

This coincided with the unveiling of Guinness as the season sponsors to a tune of Shs 250 million. Considering that there had not been any rugby competition since the 15s season wrapped up in May, when the Betway Kobs beat the Stanbic Pirates to the League title, most of the rugby players were beginning to feel depressed.

So, when the rugby 7s season got underway at Legends on October 2 to 3 with the Mileke series, not only was the anticipation palpable but the return of a championship, which was last played in 2019 provided something new, something old and rather more significantly, something borrowed, to light up the spirits of many, who can barely live without rugby.

For the first time, the Uganda Rugby Union (URU) had a rugby 7s series being played for two days, and not one as has been in the past. This was keeping up with the international best practices. Kobs’ Pius Ogena, who is also a member of Uganda’s 7s side told The Observer that each time they have travelled outside, to compete in international 7s circuits, they have found the going tough on the second day.

Ogena explained: “Here at home, we have been conditioned to usually play a 7s series in one day. But when we have gone out, where a series is played for two or three days, we have done well on day one, and struggled on day two. This is because our bodies were not used to doing more than one day. But now, the latest development, is going to condition every 7s rugby player better for the international meets.”

As a pilot scheme, the URU has decided that for this year, also considering the circumstances, only the series played in Kampala will run for two days: The Coronation one at Legends, that will close the season in November and the one at King’s park in Bweyogerere, that Pirates will host.

Otherwise, the other series, which are new, in Gulu, Soroti and Kigezi will all be played on a single day, which should be sweat draining and grueling. Yet, the fact that new upcountry locations have been added to the season, cannot be taken lightly.

Ramsey Olinga, the URU chief executive told The Observer that Gulu, Soroti and Kigezi are testament to the Union’s focus to widen the scope of the game. With more districts playing rugby, Olinga believes the sport will get a wider sample size of players, as new talent is unearthed. But at the same time, more fans will fall in love with the sport.

Normally, that translates to revenue streams for URU being realized. On the other hand, Kevin Makmot, the assistant coach at Jinja Hippos felt that the six rounds to determine this year’s 7s winner are quite many. He argued that the intensity of 7s rugby is too high.

That said, factoring in that a host of the 7s protagonists have not been in action for long, the bumper-to-bumper action may affect many bodies with injuries like was witnessed during the Mileke 7s. Makmot felt that maybe URU should have organized four circuits, that are spread out, to guard against the possibility of having so many injured players unavailable for the 15s season kicking off later this year.

However, as anticipation for the trips to Gulu, Soroti and Kigezi builds up, the Mileke 7s series was graced by the presence of four new non-league teams: Entebbe Jaguars, Jjengo, Kisubi Pacers and Rams Two.

All four teams hail from Entebbe road, which is a real milestone according to Regina Lunyolo, a URU executive member, in charge of women’s rugby. Her portfolio at URU has not restricted her to women’s rugby alone, considering her attachment to the Entebbe Lady Swans rugby club.

During the first lockdown in March 2020, she stepped up efforts to see to it that rugby becomes more popular in Entebbe, and as a result, the Entebbe Jaguars were formed. In fact, because of the work the Entebbe Jaguars have been putting in, the URU allowed them to participate in this year’s 7s championship.

And to the surprise of many, the Entebbe Jaguars did not disappoint. Perhaps for the first time in the history of the 7s championship, the top try maker, came from a team, that was playing in a national rugby championship of any kind, for the first time. That was winger Abel Alele of Entebbe Jaguars with seven tries scored against top flight sides: Makerere Impis and Rhinos, and lower league side, The Sailors, who also double as Pirates’ feeder team.

Such a feat is no small one for Alele. One can only imagine how the accolade he received for it, will transform his game, and inspire him to aim for greater heights. One thing is for sure, Alele is going to be on the radar of so many top teams, who will want to induct him into their squads, all because of the platform the Guinness 7s has given him out of the blue.

The blue army of Kobs won the first of six Guinness rugby 7s series this year. Put simply, they just continued where they left off in 2019, when they won four of the seven series, and were crowned 7s champions then. After winning the 15s league title in May, Kobs, are fulfilling the “something old” adage by maintaining the old order of this unwavering dominance.

In the semi-finals, with seconds ticking away, Kobs appeared like they were dead and finished, when their arch-rivals Heathens led 19-14. Yet, a last minute try from Kobs levelled the tie in such dramatic and unforgettable fashion, before Joseph Aredo converted, to guide Kobs to a 21-19 win.

Such was the pulsating nature of the Mileke 7s series. Kobs proved that they are going nowhere and that they are a team of nine lives. The “never say die” attitude of Kobs’ players was indicative of remarkable resolve any fan would undeniably want to see their team showcase.

Inevitably, this was compounded by Aredo being voted Most Valuable Player while his younger team-mate, Karim Arinaitwe was decorated as best upcoming player. Patrick Mileke, after whom this first round of Guinness 7s rugby championship was named, passed on in 2019.

But his contribution to rugby did not start and stop with having three sons: Erasmus Aredo, Gabriel Aredo and Joseph Aredo all playing rugby. But he contributed immensely to the sustenance of Warriors rugby club, where both Erasmus and Gabriel play.

Perhaps it would have been more pleasing if Mileke were still alive to receive this honour in person. But the fact that his wife Deborah received it, her contribution to rugby cannot be downplayed either. In addition, former Rugby Cranes stars, Robert Seguya, John Musoke and Allan Musoke received accolades.

Not many women embody women’s rugby in Uganda like Helen Buteme does. She was not simply one of the first players, to feature for the national women’s side in the early 2000s but she pushed for the recognition of women’s through her vigilance to play it and bring more girls to it, when rugby was male dominated.

So was the Mudoola family, whose two sons, Timothy and Fred, now coaches at Kobs, after winning all and sundry domestically, have also worn the national colours with pride and distinction (winning the Confederation of Africa Rugby cup in 2007, the first for Uganda); their younger sister Charlotte, not any less.

This weekend, the Guinness rugby 7s will be in Gulu. And as Elizabeth Mutamuliza, the brand manager of Guinness pledged, their ultimate focus is to promote rugby everywhere, which as “something borrowed”, is the kind of legacy Uganda Breweries Limited would like to be associated with, as far as rugby in the land, is concerned.