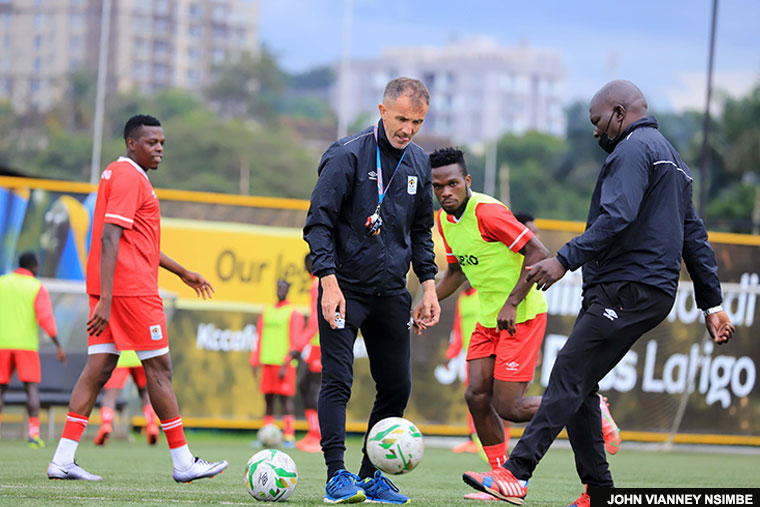 With the current simmering political tension between the two countries, today’s 2022 Fifa World Cup qualification football match between Uganda and Rwanda will be of heightened interest for all citizens of the neighbouring East African nations.

The closure of the border by Rwanda President Paul Kagame laid bare the conflict with President Museveni, his former ally, and it is against that backdrop that no team will want to lose when Cranes take on the Amavubi today at Nyamirambo stadium.

Another subplot will be coach Micho Sredojevic returning to Rwanda, a country he managed between 2011 and 2013 before landing his first Cranes job. The Serbian will be desperate to earn maximum points at his former stomping ground.

Both teams have started their Group E World Cup qualifiers slowly with no victory in two matches; Rwanda have only a point and goal to show for their efforts while Uganda have two points from goalless stalemates.

Micho was forced to wield the axe after seeing the bluntness of his strike force by dropping skipper Emmanuel Okwi, whose contributions were peripheral in the 0-0s with Kenya and Mali. It remains to be seen whether the striker will be called up again, seeing how the national team is undergoing a transition and Okwi is considered one of the veteran players in the fold.

Fahad Bayo and Timothy Awany are back in camp having missed the first two qualifiers because of the Covid protocols in Israel where they are based. The former will want to impress Micho and position himself as a potential heir to Okwi.

Uganda and Rwanda have played 33 matches in history with Cranes winning 14 and the Amavubi triumphing in 10. There have been nine draws. But three matches stand out most from a Ugandan perspective.

The first is a Magid Musisi-inspired 5-0 whitewash at Nakivubo stadium in 1998, the second a 0-0 draw at Amahoro in March 2003 in which Cranes battered their opponents but couldn’t land a decisive blow, the third and most famous a 1-0 defeat to Rwanda at Namboole in June of the same year.

That infamous juju match lasted nearly four hours after the match was halted for so long because of a witchcraft-fuelled skirmish involving Rwanda goalkeeper Mohammed Morsi and Cranes fullback Abubaker Tabula that later descended into full mayhem with both sets of players involved.

Rwanda coach Vincent Mashami will entrust the crafty pair of Meddie Kagere and Jacques Tuyisenge as he seeks the country’s first victory of the campaign.

Let the teams' skills shine through without the political burden on their shoulders.
Report to administrator