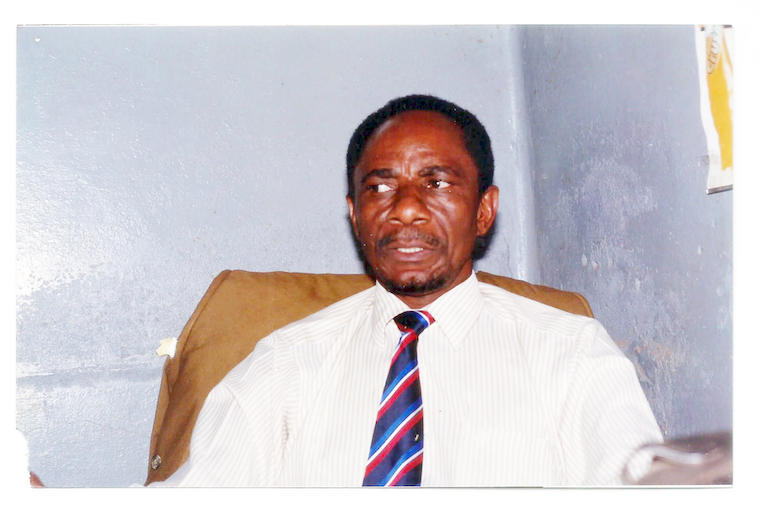 How many football administrators today can claim they are doing voluntary work, and not in the game to earn a living?

I can count a handful of them but that was not necessarily the case in the golden era of Ugandan football when passion was the overriding factor for the majority of top-level football managers and administrators.

One such person was Twaha Kakaire, a shrewd administrator who passed on last week aged 75. Kakaire was one of the first fully dedicated administrators in Ugandan football who invested his time and finances to see that his sides succeed.

Yet somehow, history doesn’t necessarily judge him that well, mostly due to the numerous battles he fought at the top level.

This slightly-abridged version of his profile I did in 2013 goes a long way to show how selfless he was in football. I got to know Kakaire in the late seventies when he was team manager of giant killers Nytil FC.

He gained popularity as a flamboyant team manager when Nytil, coached by Israel Kintu, finished runners-up in the 1980 topflight league. From thereon, he scaled football’s administration heights up to the top job in 1995.

In the late 1960s, Kakaire teamed up with a few friends to form Jinja Youngsters. The team was dominated by Jinja SS students and unearthed several prospects such as Stanley ‘Tank’ Mubiru, John Sekyanzi and Anthony Balyeyune, among others.

In 1978, Jinja Youngsters merged with Nytil and Kakaire became the club’s team manager. He swung into action, recruiting several budding players but the biggest catch was Issa Sekatawa.

In 1989, Kakaire became Fufa delegate for Jinja district and at times, John Semanobe’s Fufa executive handed him powers to run the super mini league, a job he did well. The dissolution of Semanobe’s Fufa paved way for Kakaire to become an influential figure and in the rearranged Fufa polls in December 1992, he was elected vice chairman (Administration).

The role came with the extra work of running of the league. What made Kakaire tick was honesty and he hated impunity. Many times he collided with top Fufa officials when decisions were taken without involving the Fufa executive.

Before the July 1993 decisive Africa Cup of Nations match between Uganda and Nigeria, Kakaire headed the game’s organizing committee. However, a misunderstanding came up when sports minister Amanya Mushega demanded full accountability from the gate collections.

In the end, Fufa failed to account for the Shs 10m. This divided the Fufa executive and assembly and when Mushega threatened to dissolve Fufa, several factions emerged and Kakaire led a group that demanded Semanobe to step down. Along with five top officials, Kakaire resigned in November 1993.

Kakaire took over when the federation was heavily indebted. There was a $90,600 fine from Caf, which arose after SC Villa’s failure to honour the second leg Caf tie against Asec Abidjan.

From the onset, ex-internationals, many of whom were in the Semanobe camp, constantly criticized Kakaire for poor administration and failure to create youth development programmes.

He got a sigh of releief when Uganda won the 1996 Cecafa Cup and months late, Fufa attained an annual grant of $250,000 from Fifa. He also cleared the Asec debt plus the Fifa and Caf dues.

Coupled with the Goal Project that was to fund new Fufa headquarters as well as the Njeru technical centre, Kakaire’s tenure looked bright. Kakaire was also credited for securing the Super League a five-year sponsorship from Nile Breweries.

However, he overlooked the infighting within the federation and he would later come to regret it. Coupled with a syndicated media campaign to have footballers manage the sport, Kakaire faced increased pressure to step aside. Interestingly, none of his critics touched the sensitive aspect of money or its mismanagement.

Kakaire always shrugged off the criticism but when Fufa went to polls on December 1, 1998, Denis Obua triumphed with 67 votes to Kakaire’s 61. Being a gentleman, he accepted defeat and hugged Obua. In a rare case, he left Shs 70m on Fufa account.

“I always get perturbed with the current impasse in the game, I believe all the warring parties can come together and resolve their differences amicably,” says Kakaire, now running a transportation business in Jinja. “If they can’t do it, let them use us; we are not dead or failures; we did something for the game. If not, let government come in and take a decision like it did in the past.”