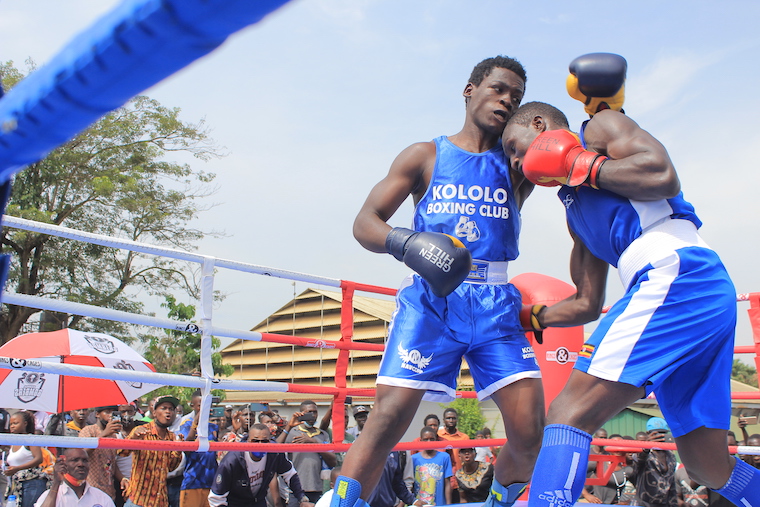 The Uganda Boxing Federation (UBF) national trials wound up over the weekend with the top pugilists qualifying for the Champions League due in November.

Incidentally, the end of the trials coincided with good news for the boxing fraternity, when President Yoweri Museveni wrote to the Uganda Land Commission, instructing them to provide UBF with 10 acres of land on which they can build a national boxing academy.

Apparently, the construction of the boxing academy will be facilitated by the International Boxing Association (Aiba). Indeed this is uplifting news for any up and coming boxer, many of whom feel their careers have been hamstrung by the lack of proper exposure and training.

But the recent national trials were the first of their kind in two years, largely because of the Covid-19 pandemic. It caused a total lockdown on sport, and when that was partially lifted, the standard operating procedures set aside to enable the return of sports activity, were quite stringent in terms of cost.

Without activity for a long time, several pugilists have been set aback, which makes the national trials a timely intervention. However, questions still linger on whether the national trials have given the boxers the edge they need to perform better in future international events.

Moses Muhangi, the UBF president, said the pugilists will benefit greatly from their recent competition, as they shrug off the rust. He added: “They can only get better. But we still need more government support in terms of funding, so that we get them into more competition.”

However, one boxer who has been part of the national team told The Observer on condition of anonymity, that he did not feel that the recent national trials provided good competition. In his view, there were so many untested boxers, who should never have been brought to fight at the big stage.

Instead, he thought that UBF needed to arrange other championships like the novices or intermediate. This would have given a number of pugilists that were slapping instead of punching, better preparation, before they start vying for national team berths.

Yet, Muhangi did not think there was any problem with leaving the participation in the national trials open to any willing boxer, particularly the emerging ones.

Muhangi argued that the competition was good enough to sieve out those that were not ready for the national team. And true to Muhangi’s argument, Uganda’s bronze medalist at the 2018 Commonwealth Games at the Gold Coast, Juma Miiro, was beaten in the preliminary rounds.

Also, Muhangi felt that the trials provided more boxing options to be considered as the Bombers (national boxing team) prepare for the Commonwealth Games next year.

Nonetheless, the critics to this arrangement noted that when you leave the championship open, there are possibilities of people making the national team as a result of a lucky punch, and not necessarily because they are formidable. Therefore, UBF should by now have a settled group of Bombers fighters, that have been prepared for the last three or four years, ready to storm Birmingham for the Commonwealth games.

Furthermore, it is argued that Muhangi’s team ought to be working out means to give that team opportunities to fight against better boxers beyond Uganda’s borders.

Otherwise, national trials do not appear to give established national team boxers an extra spring in their step, because the competition is not deemed challenging enough.

It was evident during the recent Olympics why Shadir Musa Bwogi, David Ssemujju and Catherine Nanziri failed to go beyond the first round. They did not look ready for the stage.

Yet, in the national trials, they looked so good for their opponents. Notably, when Ssemujju lost to Algeria’s Younes Nemouchi in Senegal during the Olympics qualifiers in January 2020, he had no substantial competition until he was at the Olympics recently. But during the run-up to the Olympics, the Algerian fought 12 fights across Europe and inevitably beat Ssemujju, when they met in Tokyo.

Uganda’s last Olympic boxing medal was a silver brought home by John ‘The Beast’ Mugabi from Moscow in 1980.