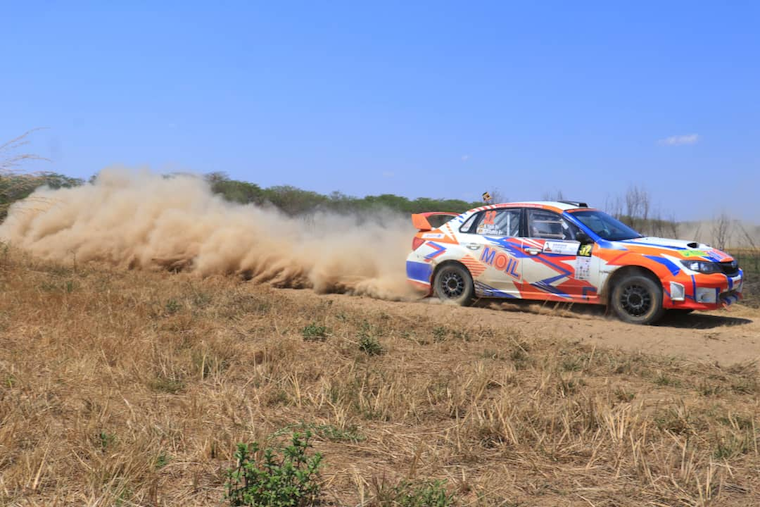 Lusaka, Uganda's only representative at the African Rally Championship (ARC) round, Yasin Nasser clinched a podium finish on day two of the Sarago Zambian International rally. On Saturday - day one, Nasser finished sixth.

After breaking a gear leaver on Sunday, Nasser said he felt uncomfortable to push to the maximum - with the strategy changing to just having a decent finish and earning some valuable points.

However, he ended up impressing with his Subaru Impreza GV8 finishing third at 2.27.23 behind Kenya's Carl Tundo of Kenya who was driving a VW Polo R5 at 2.15.03, and Guy Botteril from South Africa who was driving a Toyota Etios R4 at 2.19.37.

The 2019 Ugandan champion co-driven by Ali Katumba in Subaru GBV, making their maiden appearance in Zambia, started the Saturday leg as car number two on road, held to pressure from hard pushing crew of homeboy Leroy Gomes in a Ford Fiesta R5 until regroup after four stages.

Having reeved off on a chasing role as the day unfolded, Kenya's Carl Tundo/Tim Jessop in Vw Polo R5, managed to take command of the continental event posting the fastest times of 58 minutes, seven seconds.