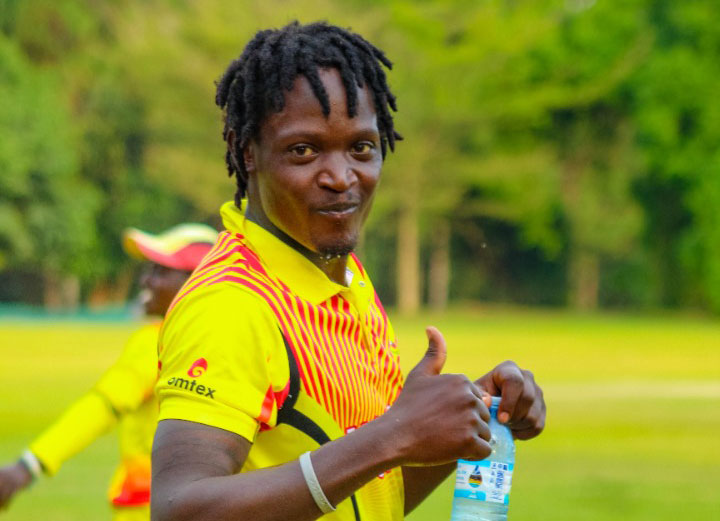 The Cricket Cranes can consider their recent international engagements a success. They won two of their 50 overs games and lost one against Kenya.

That was before the T20 Pearl of Africa series against Nigeria and Kenya, which ended last weekend with a win over a more fancied Kenya in the final. This final in Entebbe capped a six-game win out of seven for the Cricket Cranes.

These games are expected to go a long way in lifting the confidence of the Cricket Cranes, as they await tougher challenges in the 2023 World Cup qualifiers, and the ICC Challenge League ‘B’ contests later. For new coach, the South African Laurence Mahatlane, the team is still work in progress, and none more so than the increased rise of 21-year-old all-rounder Frank Akankwasa.

Mahatlane told The Observer in a recent interview, that he was impressed by the kind of performances the young man showcased.

“Akankwasa is a real all-rounder. He is good in almost all facets of the game; batting, bowling and fielding,” Mahatlane said.

Essentially, a cricketer who musters all those key techniques, is of great value to any team. And if Akankwasa continues in this vein, he should easily climb up the ladder of cricket stalwarts.

In fact, not many cricket players have acquitted themselves so well in the game, in terms of fielding, bowling and batting, as former Cranes captain Davis Karashani did in the past. As such, he knows a good player, when he sees one.

At this juncture, he is in awe of Akankwasa. Karashani, who was a TV commentator during these series, said: “The thing about Akankwasa is that he is bold and brave. The way he applied himself against more experienced Kenyan stars like Nehemia Odhiambo, who have played at the top level for more than 15 years, was encouraging.”

Among the young players, that Mahatlane is inducting into the senior team, Akankwasa showed real promise. In one of the three 50 overs games against Kenya, Akankwasa scored 43 runs in 54 balls.