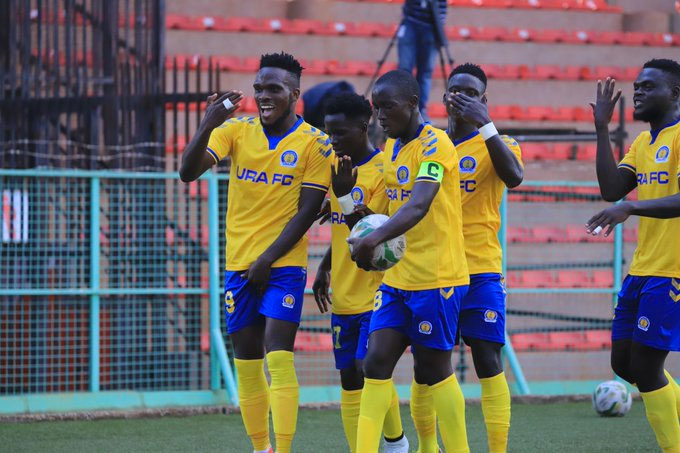 URA FC will face Egyptian side El-Masry in the next round of the Caf Confederation Cup, after they knocked out Ethiopia Coffee on Sunday, September 19. The taxmen beat Ethiopia Coffee 3-1 in the return leg played in Bahir Dar.

As such, URA completed the tie 5-2 on aggregate. This marked a good start to new coach Sam Timbe’s tenure, whose tactics were spot-on in enabling the team over the hurdle. Timbe told the media, after his team’s latest triumph, that his side had applied themselves well, tactically.

Timbe said that as much as he had to remind the players of their tactical responsibilities, they knew Ethiopia Coffee would dominate ball possession, the way they had in the first leg. So, in response, his charges played well with and without the ball.

All of URA’s goals were counter-attacks, a tactic they executed so well, utilizing the speed in attack that they have. Their captain Shafiq Kagimu, was instrumental in the team’s ruthless display, carrying the ball for distances, and incessantly setting up the three forwards each time Ethiopia Coffee were found to be out of shape.

Kagimu set up Cromwel Rwothomio’s goal, after 40 minutes, before burying one himself on 55 minutes. But more importantly, was Timbe’s awareness of how to exploit the Ethiopian side’s weaknesses.

The former SC Villa and Police FC coach started Joachim Ojera on the right wing, for the kind of pace he has to burn. That proved to be a significant outlet for URA’s attacks too, as Ojera was always supported by the quick and intelligent Ashraf Mandela, scorer of the second on 52 minutes. Inevitably, Timbe said he was pleased with the players’ work ethic, and he hopes that if they go on like this, they should be able to reach far in the tournament.

However, URA has never made it to the lucrative group stages of any Caf inter-club competition. But this may be a good opportunity to realize that. One of the club officials who preferred anonymity told The Observer that most of the players in this URA side have been there for at least three seasons.

The ability to interpret tactics well is being owed to the competitiveness of the team from last season, team chemistry and experience.