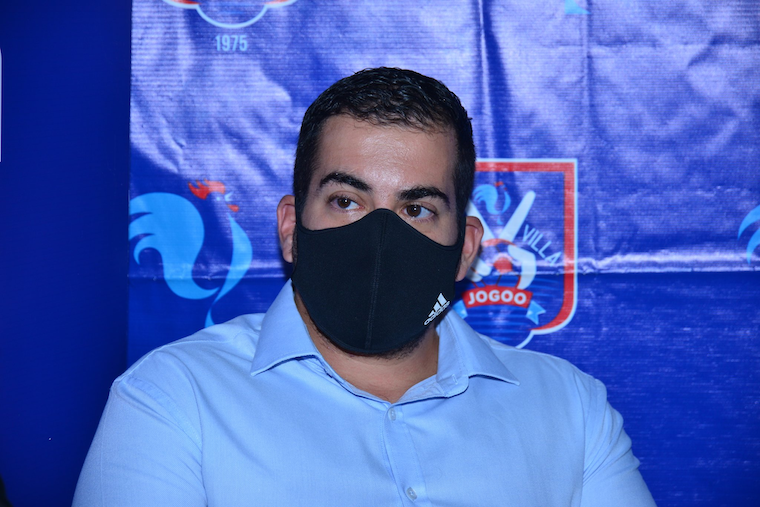 SC Villa has today unveiled Petros Koukouras on a three-year contract as the new head coach of the club.

Koukouras, a Greek national was unveiled today during a brief function held at the club offices in Industrial Area. Villa CEO Shawn Mubiru said the club is happy to bring on board an experienced coach. He replaced Edward Kaziba who has been club’s head coach for two years.

Mubiru also revealed that the technical bench that will assist Koukouras includes; Jackson Magera Kaddu as first assistant coach, Richard Amatre as the second assistant coach, while Mubarak Kiberu will be the goalkeeping coach.

Mubiru said the new coach is very experienced and the club expects administration expects him to perform.

“Our new coach comes with more than 10 years of experience in youth and senior football. The fans should know that this new technical team is very diligent," said Mubiru.

The newly appointed head coach said he is happy to be at Villa.

“I am happy to be here. SC Villa is the most successful club in Uganda and that is the reason that convinced me to come here," said Koukouras.

Koukouras is a CAF A license holder and previously was assistant coach of South Sudan’s national team. Mubiru revealed that Villa will be hosting their 2021 season home games at the FUFA Technical Center in Njeru, while training will be conducted at the Uganda Martyrs in Lubaga. SC Villa previously hosted their games at Bombo military play grounds.